Kowloon City, the great walled oasis in Asia, cut off from the rest of the world. It is its own sovereign nation, and the word of the Triads is law. Life in Kowloon is not easy for anyone, especially Daniel Jin and Ariana. And though these three best friends may be from different backgrounds, soon they must come together in a common purpose: escape! 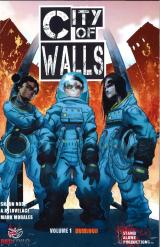 As our countries slowly dissolve into the mists of a world war, one Lieutenant discovers his only desire is to restore the value of life into one emotionaly distant individual. For t to be peace on this world, t must be peace in the soul - but can the Lieutenant, now turned MACHINE - supress the darkness consuming the human heart of the only man he cherishes above all else ?? We have a very limited amount ( ONLY 10 ) of these doujinshi which are hand -signed by the artist in silver ink on the cover. This was only available as a small ashcan style book at the 2006 YAOICON

Emil is a rebellious student. In a flooded world, where the government controls the people through drugs, is Emil revolting against everyone and everything. One day he blunders into a secret conspiracy. In his dreams Emil meets a mysterious gestalt. Reawakened, he suddenly finds himself in great danger... 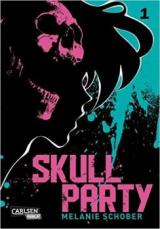 SYNOPSIS: Deacon, a prototype android soldier, was ordered by his corporate masters to eliminate a team of scientists who knew too much and he has failed spectacularly. Not only did he let one of his targets live -- 19-year-old human outcast, Jeff Linnell -- he attacked the team sent to retrieve him. Now the Corporation demands answers and they have employed the brilliant and ruthless robopsychologist Clarice Maven to get them.

Deacon seems desperate to conceal the shocking events that took place on Da Vinci 4, but what chance does he have fighting an adversary who can control his every move? 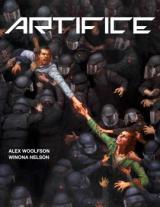 Sometimes romance can be as easy as finding the boy next door. For flirty Dillon, that boy comes with a jealous ex. His best friend, roommate, and fellow actress Amber is an ex-porn star trying to go mainstream. And Ruby, Amber’s sister, has just shown up to move in with them both—only until her BBA gets her a job, of course, so she’ll probably be gone by Tuesday. But when prudish Ruby gets an eyeful of Dillon’s freewheeling life, it’ll lead the two of them into a bond that’ll turn her life around...and maybe Dillon’s, too! 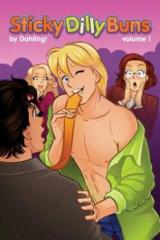 Today is the day he's been waiting for his whole life, Sano is finally released from isolation and admitted into Black Bottom Island's guild for young sorcerers to acquire official cloaks and sorcerer badges. The poor boy tries to settle in but goes through hell on his first day in Eden. Meanwhile, a notorious rebel has come to visit.

Eurha is a 17 year old popular High School Student/Writer/Novelist who often gets into trouble because of her physical appearance. One day she received a mail from his older brother who works overseas, inside the mail was a Contract called the "Legal Friend Contract." The 1 year term contract claims that if you sign and agreed to the terms and conditions, you can be assured to be 100% free from any physical harm. After a couple of days , she met this tall man named "Kiro" who claims to be a being called "Legal" and can assure Eurhas physical safety. 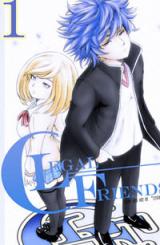 In the eighteenth century, forty-seven samurai avenged the death of their master in a plot that would take over two years to complete. After succeeding in their mission, the masterless samurai—known as ronin—all committed ritual suicide. The story, which is a national legend, remains the most potent example of Japan's deeply rooted cultural imperative of honor, persistence, loyalty, and sacrifice. 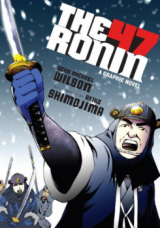 Mai left the palace after her breakup with Zuko, and tries to get her life back on track.

Note: This story is continued from Avatar: The Last Airbender - The Promise starting from Part 2. 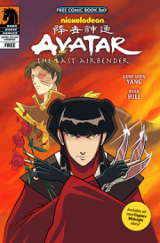 Avatar: The Last Airbender - The Search

For years, fans of the animated series (Avatar: The Last Airbender and The Legend of Korra) have been burned with one question - What happened to Zuko's mother? Finding a clue at last, Fire Lord Zuko enlists the aid of Team Avatar - and the most unlikely ally of all - to help uncover the biggest secret of his life.
An Earth Kingdom Scholar's points of view about "family" and governing with dignity motivates Zuko to set things right within his own family. He makes a deal with Azula, releasing her from the mental institution in exchange for her help on his quest to discover the truth about their mother, Ursa. Additionally, with the help of Aang, Sokka, and Katara, the five set out on a journey towards Ursa's hometown. Tensions between Azula and the rest stir trouble and an encounter with a wolf spirit delays them even more, though as they continue, they find their own dynamic to make it all work. 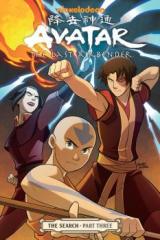 With never-before-seen monsters and encounters with some of your favorite characters from the game, the manga adds a whole new dimension to Monster Galaxy!

In a land populated by creatures called Moga, those with the skill practice taming these Moga, capturing them in Starseeds and pitting them against each other in battle. Thirteen-year-old Avery would love nothing more than to become a Moga tamer, but he's needed at home, and there's no way his overprotective mom will let him pursue a dangerous career with the Moga Rangers! Avery and his little sister Dawn have kept their Moga taming aspirations a secret, but the alignment of the thirteen Zodiac planets has sent hundreds of Moga raining down from the heavens, and it's going to be tough for Avery and Dawn to keep their secret when the allure of brand-new Moga is all around! 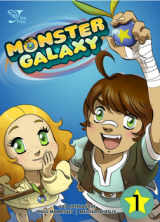 Lena Duchannes is unlike anyone the small Southern town of Gatlin has ever seen, and she’s struggling to conceal her power and a curse that has haunted her family for generations. But even within the overgrown gardens, murky swamps and crumbling graveyards of the forgotten South, a secret cannot stay hidden forever.

Ethan Wate, who has been counting the months until he can escape from Gatlin, is haunted by dreams of a beautiful girl he has never met. When Lena moves into the town’s oldest and most infamous plantation, Ethan is inexplicably drawn to her and determined to uncover the connection between them.

In a town with no surprises, one secret could change everything. 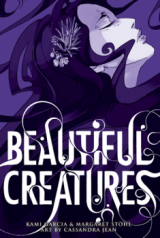 Fourteen-year-old Nick Gautier doesn’t have it easy. With a single mom struggling to make ends meet, his secondhand clothes aren’t exactly making him popular with the “in” crowd at school. No, Nick fits in much better on the streets of New Orleans—at least until his so-called friends turn on him! Rescued by the mysterious Kyrian of Thrace, Nick suddenly finds himself indoctrinated into a bizarre supernatural world, that of the Dark-Hunters, where he discovers that life isn’t nearly so “normal” as it once seemed. Zombified classmates and flesh-hungry demons are bad enough, but it’s the dark hints about Nick’s own future that are the most troubling things of all… 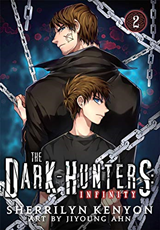