Lost in the Snow

Heavy snow falls over a forest of men, struck down in a bloody battle between noble brothers. The young victor, wounded and near death, is discovered by one of his own nameless soldiers and carried to safety - an isolated cabin on a lonely mountain. This small comfortable peasants' home becomes a refuge for the unlikely pair as winter closes in around them.

As their snowbound days and nights pass, the noble recovers and begins to learn that he and this lowly soldier share a forgotten past. Despite their disparity in social status, the two trapped men find themselves inexorably drawn to each other by a force far stronger than the laws of man or nature. Soon they become torn between a sense of duty and a desire to stay frozen in time. 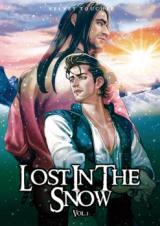 This is a groundbreaking manga anthology by and about gay men, put together by an award-winning team. 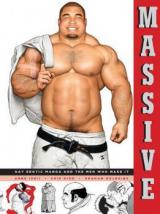 Sokka follows Suki as she gives a lesson in manners and encourages a young girl's strength. 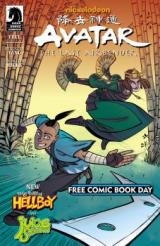 Avatar: The Last Airbender - The Rift

Avatar Aang asks his friends to help him honor Yangchen's Festival - an extremely sacred Air Nomad holiday that has not been held in over a hundred years.
However, cryptic visits from the spirit of Avatar Yangchen herself lead Aang to discover a jointly owned Fire Nation and Earth Kingdom refinery - operating on land sacred to the Airbenders! Is this the cause of the pollution Aang finds there or is something more mysterious happening? 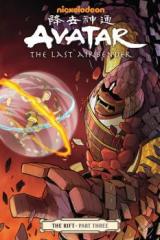 The Way of Shadows

From Yen Press:
For Durzo Blint, assassination is an art—and he is the city's most accomplished artist.
For Azoth, survival is precarious. Something you never take for granted. As a guild rat, he's grown up in the slums, and learned to judge people quickly—and to take risks. Risks like apprenticing himself to Durzo Blint.
But to be accepted, Azoth must turn his back on his old life and embrace a new identity and name. As Kylar Stern, he must learn to navigate the assassins' world of dangerous politics and strange magics—and cultivate a flair for death. 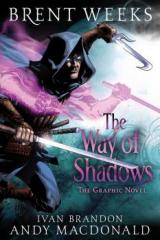