Minna lives with her three sisters in the great sea. Like all mermaids, they only eat human flesh, and every day the three sisters go hunt. But Minna doesn't want to eat people, and one day she decides to go out in search of a friend instead. She comes to a small fishing village and meets a child named Mika. Soon they get close, but when Mika's father doesn't come home after a fishing trip, Minna fears that it's her sisters who caught him. Should she tell her new friend what her family lives by, and that they might be behind her father's disappearance? It's not easy to stop eating people. 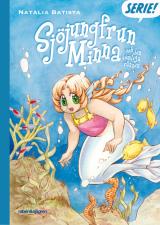 Erika wants to be the best zookeeper in the world! She starts working at the animal boarding house Noaks Park in Stockholm, where it turns out that Erika has the rare ability to talk to the park's animals! She gets to know the three slightly peculiar penguins Flintmulle, Herman, Krulltodd, and turtle/ladybug Fi. They don't shy away from making pranks around Erika and together with her colleagues they end up in a lot of fun adventures! 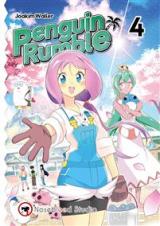 It's Christmas Eve morning and the seven-year-old Sonja wakes up eager to check her advent calendar. There she finds a note from her uncle Henrik. The first riddle in a scavenger hunt which takes little Sonja through the house, into the garage, and into the forest to look for the nothern lights. In the snow, there's a surprise, but not what uncle Henrik placed there for her to find.

Originally released in 2018 as a Julehefte (a comic booklet released around Christmas), but was later reprinted in hardback format in 2020. 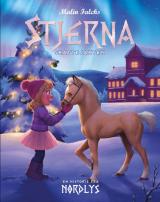 Sonja is visited one night by a boy, almost like her, but not quite. He is from another dimension, and he brings her with him to his world through a portal. They travel on the northern lights and arrives to a version of Norway different from what you see every day. A place that lives in our imagination, a place of wonder and adventure.

Initially had it's debut as the web comic Fjordsøn. Foreign rights.