A story that follows a young Orc named Gul. Like an ordinary kid, he plays a lot and sometimes starts trouble, he has no special skill and just really good at running away. Fate gave him a mission that none of the Orc race could ever imagine him to accomplish. And so the rough adventure begins!

The Ghost in the Shell: Global Neural Network

This historic collaboration with legendary creator Shirow Masamune based on the classic manga features four all-new stories in a beautiful full-color 160-page hardcover, by some of the world's most innovative comics writers and artists, plus a cover by the acclaimed Dustin Nguyen (Descender) and pinup illustration by Becky Cloonan. 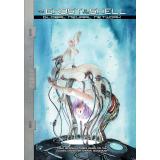 After his mother died in childbirth and his father grew stricter and more emotionally distant, Christian found himself becoming attached to his talented and handsome piano teacher, Daniel. Their shared appreciation for music marked the beginning of a friendship between a naughty boy and a sophisticated young man, but when they reunite as adults they find that their bond may have deepened beyond just friendly feelings… 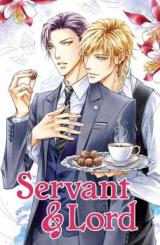 For 300 years, the Kingdom of Ophelia was separated from the rest of the world by a magic barrier. For 300 years, its people were denied the freedom to pursue outside knowledge and freely roam the world. When they did rise up in rebellion, they were crushed by those who were meant to protect them.

And for the past ten years, the kingdom's most talented magician has secluded himself and his son, abandoning his duties for reasons unknown. But as the magic barrier grows weak and a new threat begins to loom over Ophelia and its people, they are thrust into the center of the kingdom's conflicts.

Now, choices must be made, ideals challenged, and secrets uncovered. 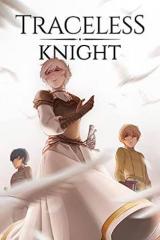 The Nightmare Before Christmas - Zero's Journey 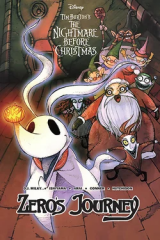 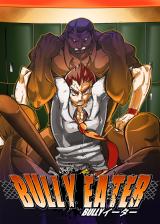 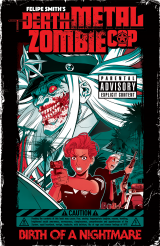 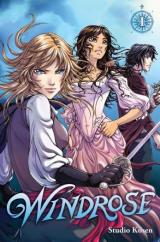 Jorge seems to have it all together. He's big enough that nobody really messes with him, but he's also a genuinely sweet guy with a solid, reliable group of friends. The only time he ever really feels off his game is when he crosses paths with a certain girl... But when the group dynamic among the boys starts to shift, will Jorge be able to balance what his friends expect of him versus what he actually wants? 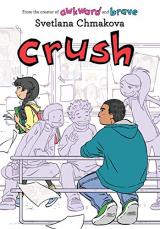 The young and naive Eisuke makes an unholy pact with the floating hermit being, Yamabushi, to summon a Shura, a reincarnated spirit of an enraged warrior, in order to revive his dead brother Masashi. However, bringing Masashi back to life held unknown consequences that the grief stricken Eisuke didn't foresee. The anger and malice harbored by the spirit now rests inside Masashi's body. A plague of darkness now has fallen over several regions. Eisuke, along with his best friends, set out on a perilous journey filled with ominous dangers that will most certainly test their grit. They embark on a mission to find answers to free his brother's body and bring peace to a world ravaged by the Shura. 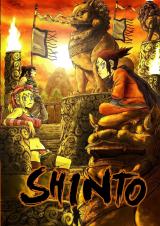 Seven and Silva Ajamu witness the deaths of their father and grandfather by the hands of Arthur Grove. They are saved by Viktor Espinoza a former soldier who raises them as his own. Viktor must teach the boys how to harness their power before its too late. Meanwhile, Grove has a dark energy brewing inside him that can alter the balance of Primordia as we know it. Can the brothers work together and unlock their full potential? 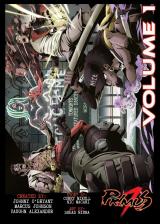