I guess you have to read and find out!
Later on, the curiosity of the fujoshi gets the best of Misa...and she wishes to become a guy! How will Misa survive and navigate the world as a guy.
Misa Nanase is a normal senior high school student except for the fact that she is a self-proclaimed ultimate-mega-ultra-omnipotent fujoshi queen of the intergalactic multiverse.
One fateful day, she saves an old lady from getting hit by a car. In return, the old lady gives her an ocean green pendant and mentions that she can make any wish using it.
Will she finally be able to do a live action BL that she has fantasized? 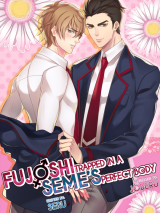 A wish always comes with the power to make it come true. 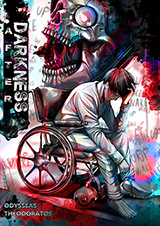 Leo’s the hottest senior at Princess Andromeda Academy, and her adoring fangirls have one goal: beat her in a road race and win the chance to date her! Unfortunately for them, the only thing Leo loves more than breaking hearts is her faithful motorcycle, Bethany. But when a mysterious girl named Vega takes Bethany away, Leo finds her heart may have been stolen, too.

This sharp and hilarious lesbian romcom is a bold new book for both yuri manga fans. 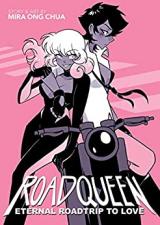 When a new student from Japan shows up at Bibi Blocksberg’s school, she fits in immediately. But Bibi’s suspicious; she knows Miyu’s hiding something, and she’s determined to find out what! Bibi’s journey takes her all the way to Japan, and while learning about all the new rules and magic in this foreign land, she realizes that maybe she and Miyu can be friends after all! 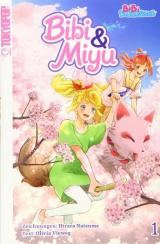 As Lt. Det. Esh Voss follows the darkening trail into Mia's death, his fight with insomnia begins to take over. His ongoing problematic relationship with Intuitive Counselor Jonah Leif, is only complicating matters and unlocking even deeper, more painful secrets from his tragic past. Refusing to accept that his nightmare visions may be real, and not just fragments of a sleep disorder, Voss tightens his grip on the tenuous reality he subscribes to at the determent of his own safety and care for those he protects. 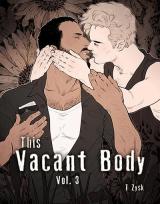 T Zysk (This Vacant Body) brings us her huggable best with a bunch of cute chibi-bear friends out in the world finding magic, friendship and fun!

Sweet Bear has just moved into a new home with his internet famous dog, Potato Chip, ready for friendship and adventure! He quickly meets his new neighbors, Spicy, Salty, and Savory - and with their help he befriends Sour, a weird extra furry guy from the woods, and Umami, a weird guy from the basement. Together, they tackle the everyday strangeness of living in The Big City, where everything is not quite how it seems...

The Legend of Korra: Ruins of the Empire

Korra must decide who to trust as the fate of the Earth Kingdom hangs in the balance!
Written by series co-creator Michael Dante DiMartino and drawn by Michelle Wong (Goosebumps: Download and Die), with consultation by Bryan Konietzko, this is the official continuation of the beloved television series. 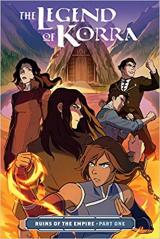 The notorious highwayman, John Black, has been robbing wealthy travelers across the English countryside. One night, he robs the coach of Phillip Challonier - son of the rich, powerful and corrupt local Earl. Phillip is captured and held for ransom. Far from frightened, Phillip is intrigued by this mysterious masked robber. As the night unfolds, captor and thief discover a shared past and a shared passion. 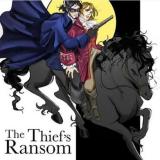 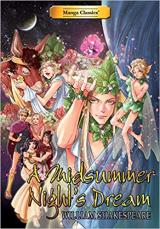