Due to the Isurugi family's circumstances, Haru has to enter into a political marriage with his former girlfriend and childhood friend, Tamaki Rio. Living together under one roof, a dry life together for the sake of formality... though in actuality, the two have unresolved feelings for each other...

While desperately pretending as if they've gotten over their feelings for each other, their awareness towards the other grows. A fake marriage where a former couple's love is gradually reignited. Watch as the vexing love comedy about the two's fake marriage life is interwoven. 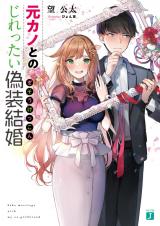 Is This Hero for Real? (Novel)

There has never been a hero like this before!
Is he a hero or an actual demon?

Kang Hansoo was summoned to this world with his classmates.
His classmates were amazed by this brand new world and the magic in it, but the only thing Hansoo wanted to do was quickly return home.

“Why would I give up my warm, comfortable house to have an adventure in this world…?

Even the goddess that summoned me said that if I wasn’t willing to, there was nothing she could do to force me and promised to return me to my original world.
She did teleport me, but…

When I opened my eyes, I was still in this world!
All of my friends were gone, and the only thing around me was monsters!!

A goddess tricked me…?
How do I get back home now…?
More than that, how do I survive here…?!“ 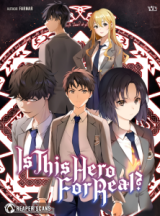 From classmates to brother and sister, living under the same roof.

After his father’s remarriage, Asamura Yuuta ends up getting a new stepsister, coincidentally the number one beauty of the school year, Ayase Saki. Having learned important values when it comes to man-woman relationships through the previous ones of their parents, they promise each other not to be too close, not to be too opposing, and to merely keep a vague and comfortable distance.

On one hand, Saki, who has worked in solitude for the sake of her family, doesn’t know how to properly rely on others, whereas Yuta is unsure of how to really treat her. Standing on fairly equal ground, these two slowly learn the comfortable sensation of living together.

Their relationship slowly evolves from being strangers the more the days pass. Eventually, this could end up in a story about love for all we know. 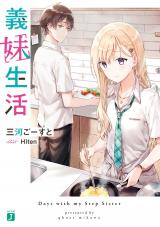 Failed to Abandon the Villain (Pre-Serialization)

Note: This page is for the promo oneshot.

One day, my father gave me a boy slave. He said he saved him from the battlefield because of his good looks. "He has a seal engraved on his heart. As long as you have this bead, he won’t be able to disobey you. So you can order him to do anything.” The boy looked rather grim after hearing what it was I ordered. Ah, was I treating him too much like a dog? As my father squeezed the bead, the boy then knelt at my feet. “Master” His red eyes flashed, illuminating his eerie gaze while smiling madly. Why is he like this to me?! I tried my best to treat him properly! 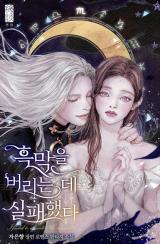 “Don’t get the wrong idea, okay. I definitely don’t like people such as you!”

This template tsundere phrase marked the beginning of mine and Aotsuki Mifuyuu’s story. Because of her cold and indifferent attitude, she always stands out negatively in class. However one day, we ended up talking more and more with each other, and I started to see the warmth behind her cold words. Why is she so distanced and unaffectionate towards people despite being so kind? That seems to be related to her past that I don’t know about…

This is a story about love, telling the coming along of a boy and girl until they finally act affectionate towards each other. 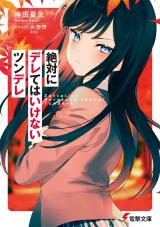 The young man who had been sold for five pieces of silver coins was the former Crown Prince, the man who broke our engagement eight years ago and destroyed the kingdom. He was a beautiful prince, but is now a shadow of his former self, emaciated, disfigured, and locked in a dirty cage at the slave market. I decided to buy him. 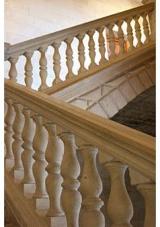 Reflection of Another World (Novel)

Escape Into A World Of Reversed Expectations

High schooler Yura’s world is literally turned upside down when she’s pulled through a mysterious mirror and into the strange land of Tolkinia, a world of magic and fantasy, where opinions of beauty are reversed. Now the girl who was bullied for her looks is beloved and admired for those same traits, while the knight she finds incredibly handsome is abhorred for his. Facing this mysterious new reality, Yura must decide if she wants to return home to normalcy or embrace the distorted views of this new, war-torn world. 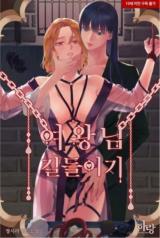 For over three decades, renowned Japanese voice actress Megumi Hayashibara has breathed life into countless iconic characters -- including Ranma Saotome (Ranma ½), Rei Ayanami (Neon Genesis Evangelion), Lina Inverse (Slayers), Jessie (Pokémon), Faye Valentine (Cowboy Bebop), and Paprika (Paprika)! In this new autobiographical memoir, Megumi provides an in-depth look at her illustrious career, and how the very characters she has portrayed have impacted her life on both personal and professional levels. 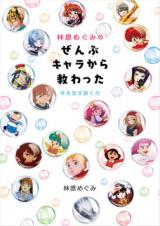 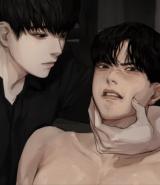 Fused Era Year 2099—Shinjuku. It is here—in this megalopolis that represents the pinnacle of human development—where the legendary Demon Lord Veltol makes his second coming. 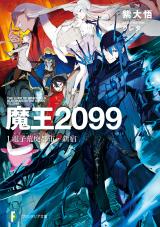 Illustrated fiction (mostly text with images in between).

A scout in the infamous Demon Cult, Seolhwi is on a routine patrol when his squad unexpectedly encounters a fearsome master of the Mount Hua Sect, the sworn enemies of the Demon Cult. Without warning, the Mount Hua Cult master slaughters the entire squad. As Seolhwi lies dying, lamenting years of service to the cult with nothing to show for it, he is suddenly faced with a video game prompt, asking if he would like to start again. Given the opportunity to start over and make different choices, Seolhwi vows to survive and become stronger so he can rise to the top of the Demon Cult.

A group of scouts have been assigned to the area of the Mount Hua Sect by their great leader, ‘The Mantis.’ The protagonist ‘Seol Hwi’ faces the Hua Sect Master ‘Goo Jong Myung,’ and falls in mortal danger. A status windows then pops up and made him return to the time before he accepted the scouting mission. Once he receives the same scouting mission that left him dead, Seol Hui struggles to change the unavoidable reality. A status window that appears every crisis. Choices with uncertain future. The story of Seol Hwi as he tries to find the best decision in his world mingled with life and death. 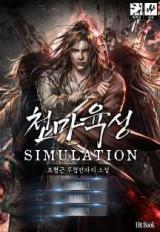 So You Want to Live the Slow Life? A Guide to Life in the Beastly Wilds (Novel)

Another World In The Center of Japan!

Mikura Moriya expected a quiet and peaceful life in the forest when he inherited his great-grandfather’s house and enormous orchard. Someone had to keep the family business running, so he quit his job and decided to live off the land. But the house isn’t in any old forest. It’s deep in the Beastly Wilds, an area off-limits to most humans. For the Wilds are home to the Beastfolk—neither human nor animal, but something in between. It isn’t long before Mikura meets his new neighbors and makes a pact with a girl with chipmunk ears that will change his life forever.

Will Mikura get to live the slow life, or is it more trouble than it’s worth?! 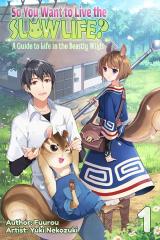 “Well, what do you expect? You’re twenty-seven years old now.”

Saint Marialite can’t believe her ears when her fiancé, the crown prince, breaks off their engagement due to her age. She doesn’t let that get her down, though; considering the hardship she has endured over the past few years, her mental fortitude allows her to calmly accept the prince’s decision and return home. However, when she gets there, she finds…a boy with horns?! The demon prince grows at an unbelievable speed, and in no time at all, he falls head over heels in love with Marialite. Now, he’s determined to bring her back to his own country! What might bloom between the easygoing saint and the naïve demon prince in this romantic fantasy? 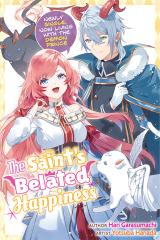 Monica Movalette, the Silent Witch, is the world’s only practitioner of Voiceless Magic, a veritable heroine who single-handedly fended off the Black Dragon of legend. However, the young prodigy is actually...super-duper shy! Yup, turns out she only learned Voiceless Magic to avoid speaking in public. Ignorant of this, Seven Sages have placed her on a top-secret mission to guard the Second Prince. Can Monica keep it together as she contends with both social interaction and the evils targeting the young royal? (Yen Press) The Blood Warrior of the Ungpae Association, who created a sea of blood wherever he went, made the world of the Forces of Evil possible.

The Nine Great Clans and the Six Great clans joined forces to fight him, but were unable to stop him.

The four of them fought against the Blood Warrior and eventually defeated him at Mount Song.

The time has come for the legacy of the Blood Warrior to rise once again. 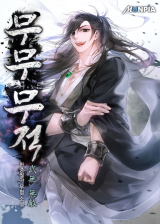 Mehagashi-hen (女剥し編 Woman-Stripping Chapter) is an extra arc of Higurashi When They Cry. It was written by Ryukishi07 and released on June 30, 2021 with the fifth Higurashi: When They Cry - GOU Blu-Ray collection.

This arc will be adapted to visual novel format in Higurashi no Naku Koro ni Hou+.

In the wake of a brutal war with a rival cartel, a certain drug lord flees Mexico and ends up halfway around the world, where he runs into a Japanese organ broker doing business in Jakarta. After their fateful meeting, the two of them travel to Japan in order to establish a new business in the organ trade. There, the former cartel leader takes a young, lonely boy under his wing. These three lives gradually become inextricably entangled in a web of crime, violence, and human flesh… 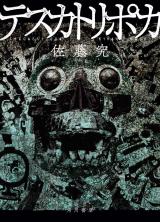 The Main Heroines Are Trying to Kill Me

To save the hopeless Dark Fantasy World, I held back my tears and destroyed the world, then killed the Demon King and returned.

Now, I’m trying to save the world using the ‘System’ I gained as the ‘Regressor’s Privilege’… but the Main Heroines have also awakened their memories of the previous timeline.