Login to add items to your list, keep track of your progress, and rate series!
Description
A flawless love story of the flawed. Stuttering lady Maximilian is forced into a marriage with Sir Riftan, but he leaves on a campaign after their wedding night. Three years later, he triumphantly returns, ready to cherish her. As life with her husband finally begins, she only has one question — does she deserve this love and happiness?

Note: This webtoon is not R19 like the novel, it was released as R15. 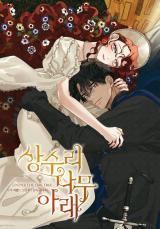 
Category Recommendations
Zutabro Reijou wa Ane no Moto Konyakusha ni Dekiaisareru (Novel)
My Contract as the Youngest Daughter
Leveling Up My Husband to the Max
This Life, the Way I Want
My Unexpected Marriage

Currently I'm caught up at Ch 46, but the story is just so slow that I will drop it since I have no patience.

Love the art and the storyworld that is built. The character development for the FL is there, and then everything else is pretty cliché (but that's alright!).

Batoto had this labelled as smut, but there is nothing that's very NSFW.
Was this comment useful?  Yes

A slow burn
by blacklily96
June 11th, 2022, 4:05am
Rating: 9.0  / 10.0
If you like slow meticulous character growth, and pretty decent worldbuilding together hefty amount of low selfesteem and traumatic childhood? Then this is for you, I love all the things above, and honestly can't stop reading it.

The art is also excellent.
Was this comment useful?  Yes

A hard read
by MaZzAx
May 23rd, 2022, 12:44pm
Rating: 5.0  / 10.0
This one is really frustrating. It's got a good plot, but the characters are so frustrating. I don't care how 'hot' the male lead is, he does nothing but trigger the female lead's traumas and anxieties. And the female lead just keeps her mouth shut about everything so nobody knows how much she's hurting.
Annoying.
Was this comment useful?  Yes

My favourite webtoon. The best characters
by Delicheese
February 24th, 2022, 12:15am
Rating: 10.0  / 10.0
Maxi is exactly the kind of lead character I want to see, she feels so real. She's been manipulated, told she's not as good as her sister, physically abused, and made to feel small her entire life. Of course she's going to feel weak and not speak her mind. I've cried a few times during this webtoon because hating yourself is a relatable and horrible feeling. Seeing her grow confidence and allow herself to grow closer to Riftan is so heartwarming.

Riftan's character growth is satisfying to see as well. He starts to understand Maxi and is learning to explain things properly instead of saying something gruffly and letting Maxi think that she is the problem. And his unrelenting love doesn't stop him from still doing his job. Honestly it's nice to see a bit of work-romance balance in a webtoon. 😂

I can't wait to see the backstory of when he fell for her and all the other tea but the character development and growing affection is so much better than a speedy plot.

Not to mention art is stunning and the characters are 🥵🥵
Was this comment useful?  Yes

cute
by gloriousmangalover
February 18th, 2022, 11:55pm
Rating: 7.0  / 10.0
- i cant remember if i read it full way but i do recall getting bored before the end. the pacings slow so you know the authors trying to get that bag. do w that what you will, i personally don’t like the lack of action
- usually i prefer fls who are legitimately and already strong. but the thing is, maxi is understandably not like that. i just feel bad for her like poor girl. rooting for her + insert arrested development “good for her” meme. you can tell authors trying to give her plot development too so it’ll be nice to see that unfold in the future.
- also i’m hoping deeply they author won’t try to “fix” her stutter bc one there’s smth deeply wrong with that and two like why though it’s central to her character. it’ll send the wrong message to be like “love fixes ur disability” ??
- i honestly totally forgot there was smut in it. kinda tells you what the plot is like. nothing out of the ordinary for oi
- ml is hot yeah. still don’t get his character but like he’s so in love w her it makes me blush. fucking love that kinda dynamic.
- (but i like the mage more) i hate love triangles so i hope it won’t turn it into one but omg the mage
- would be into it again if we saw maxi growing as lady of the house more. hope there’s an eye catching element too like she’s not just decorating it but maybe she’ll go into war or discover more of her magic (which i suspect will be the later plot lines)
- overall: 7/10 cuz it’s not bad + it’s quick to entertainment. j wish it had an extra oomf to it
Was this comment useful?  Yes

not as good as everyone says
by mokji
April 14th, 2021, 11:20pm
Rating: 4.0  / 10.0
everyone’s like read under the oak tree it’s so good. no it’s not, it’s boring as ion what. the only interesting point of this is that she has a disability (which is not usually shown in media) that’s it. I read from somewhere that she’s trying to overcome it but besides that it’s not interesting. It lacks good character development and a solid established plot. Along with the relationship between her and the knight makes no sense from where I stopped reading. Like he’s magically in love with her after meeting once it’s not even hinted that they knew each other early on. Instead of build their relationship they were just thrown into it which is some lazy writing. If it take 100 chapters to get into a novel/comic it’s not good. period point blank.
Was this comment useful?  Yes

so goood
by zyuuuuu
January 6th, 2021, 10:46pm
Rating: N/A
The art is beautiful, the characters are great, and I'm really looking forward to the character development of Maxi. If you are impatient like me and can't wait until the webtoon is updated, highly highly recommend reading the book as well! It really adds to the experience of reading the webtoon.
Was this comment useful?  Yes

the most perfect story
by kkyuuu
December 22nd, 2020, 3:12am
Rating: N/A
I love how rich the character development is for both of the characters and just how realistic Maxi is. One thing that saddens me is the lack of a strong fanbase?

*UPDATE* heard the official English translation is being released on Manta Comics!!!!!! go support the authors!!!!!