Login to add items to your list, keep track of your progress, and rate series!
Description
High-school student Dongjin Kim seems like a typical moody teenager, but underneath it all, he’s a powerful psychic “villain” who aims to destroy humanity. But there’s a catch -- every time he uses his powers to kill, he is thrown back in time. Trapped in this time loop, Dongjin tries to narrow down the culprit by doing the one thing he knows: killing those around him. Will he be able to escape from the time loop and achieve his goal as a villain? (Source: Webtoon) 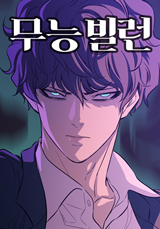 Really good if you actually read it
by LordOfTheThunder
January 31st, 2022, 8:39pm
Rating: 10.0  / 10.0
Unique premise, intriguing protagonist. He's not a Gary Stu or a harem lead who shows off to girls, he's someone who is desperate to free himself from his timeloop so he can kill everyone, for unknown reasons. It is very violent, and he does constantly try to kill people, so if you need that in a series, this is fine.

High quality art, protagonist is a murderous psycho, but a likeable and complicated one. He's smart and determined but not infallible. Plot so far has been solid. A lot of people in the comments seemed to be worried cliches were getting flagged and it would fall into them, but it turned out groundless, so don't worry.

To address Mr/Ms. Completely Stupid's issue, he had absolutely no reason to not wait until the next day (he's not on a timer or anything), and in fact it was probably a good idea as an anomaly had popped up and he wanted to investigate it first before muddying the waters randomly by chasing down a now-scattered group of people for no reason.

His goal was to systematically go through the school to find the time user, not to murder arbitrary students. I don't know why you had the impression he was in a rush. He spent probably at least several weeks being a student before deciding to go after the entire school. Don't read this if you just want to see a 1-dimensional moron instantly flex on everyone who crosses him.

I don't normally give 10/10 ratings for series that aren't either long or complete, so this is around an 8 or a 9, but I'm giving it a 10 because its average is ridiculously low considering the quality and lots of people give 10s on much less interesting series.

Author says about MC : "he’s a powerful psychic “villain” who aims to destroy humanity", but when he can't kill, he doesn't even think of simply crippling people or hurting them instead of being b**ch slapped.

Spoiler (mouse over to view)
Then he goes on a killing spree to find who is the time ability's user, and retreat when all the students are out of class. D*F*K ?! They are all right there ! He's not a ninja or an assassin who need to stay hidden ! Either the user dies or he goes back in time again, where's the problem ?!

Author simply liked his idea and threw all coherence by the window while writing this.
Everything happens "for plot's sake", and that's all.

Unsettling
by Ascension
March 19th, 2021, 6:32am
Rating: N/A
After reading the first 2 chapters I can agree completely with the title of the previous comment.
The webtoon MC feels like the MC in Onani Master Kurosawa.

There's 1 specific thing which I absolutely hate though. The guy that is being extremely friendly to the MC.
Was this comment useful?  Yes