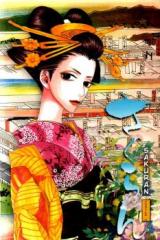 illustrated decently
by wrensei
October 27th, 2013, 5:56am
Rating: N/A
If you're familiar with Yoshiwara, then you'll expect some explicit scene and mature plot.
However this manga is well made, that you would not feel any disgust while reading it.
The female lead is just sharp enough to grasp reality,live her own way and look ahead into a brighter day.
Was this comment useful?  Yes

Horrible translation, good manga
by spikebaby
October 18th, 2011, 3:30pm
Rating: N/A
I like this manga, it has very nice art and I think anyone who's interested in historic Japan or period pieces in general would enjoy it too.

The translation by Fifay.net is really horrible though. It would have benefitted immensely from a proofreader, but what shocks me the most is that it seems like they weren't even trying. Is it awful? Yes. Is it readable? Barely. You can get the gist of the story, but if you want a quality translation you're better off reading the official translation (which actually hasn't come out yet).
Was this comment useful?  Yes

hmmm.. i like it!~
by otakuness
April 22nd, 2010, 9:46am
Rating: 9.0  / 10.0
i cant say that its lovely... i cant say that its sweet because its is josei and it deals with prostitution and unrequinted love and that itself is rough... really rough... i think that if i have an adjective to describe it it would be bittersweet..

i just love Kyoha!! she is really strong and not just strong-strong tsundere... and suddenly soften up when the right guy comes along... well she did got gaga over this guy but she got over it! and i think that at the end she was going to commit suicide but she didnt which i love and i like the way she reacts to things... she is my idol...

and also it has been an eye opener for me... i really pity prostitutes.. i mean its not like they have a choice.. its not like one day as a child you wake up and suddenly say: hey! i wanna be a prostitute!

about the story... its fast paced and i also like this kind of story telling... the flasback thing.. i like it!!

WONDERFUL!
by xxamayaxx
August 28th, 2008, 5:42pm
Rating: N/A
I love this manga-ka and I love this manga its so true to how things would have been its SCARY its almost like actually seeing the history unfolding before you! I would definitely say that this is more a josei then a seinen so ladys do not be put off! the art is beautiful and the character is definitely not a push over she knows what she wants and by jo shes going to get it! The movie is good as well with fab music by shiina ringo so all fans should go watch that as it stars Nanas anna tsuchiya a MUST SEE!
Was this comment useful?  Yes

Harsh in the loveliest way.
by pearlesque
June 12th, 2007, 8:52am
Rating: 9.0  / 10.0
I agree with Philip... Yes, this is josei. Really excellent josei. It doesn't shy away from the less palatable aspects of prostitution, and it doesn't gloss over the psychological repercussions of doing such work. The heroine is a unique product of her environment: a woman that grew up in a brothel, and learned its ways long before a child should learn to fend for itself. As a result, she is a lot sturdier than most shoujo/josei heroines, and even though she can be cruel when the situation demands it of her, she is actually a decent person. Her harshness and her vulnerability make her a very fascinating character.

Now that Fifay.net has shut down, I hope another group continues scanslating this!
Was this comment useful?  Yes

Ok story
by philip72
May 3rd, 2007, 7:15am
Rating: N/A
This story is listed as seinen, but in both art and story it's classic shoujo/josei.
If those genres are not to your taste you may not find this story enjoyable.