Login to add items to your list, keep track of your progress, and rate series!
Description
The manga begins as Kanae Sekiguchi, proprietor of the Tsuki no Yu bathhouse, struggles to reopen her business after the unexplained disappearance of her husband... 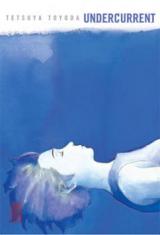 What a waste of time
by Mr.Arashi
October 31st, 2020, 1:40am
Rating: 2.0  / 10.0
There is no plot, only characters, and what's worst... the author doesn't knows how to write male characters, forcing events in the panels to try to merge them to say that everything is a current...

Truly a dissapointing read, specially with the changes of personality on the protagonist... which it's drawn in an almost very androgynous way, adding the melancoly of hers plus ALL THE CHATTY ENVIROMENT of the fodders around, dude, poor way to make her stand-out, even the dogs were more lively than her... the brother and the husband shared the same way to express sadness also. BUT! despite all this mourning, she had comedy quirks... pathetic.

Has a 2/10 from me, ONLY because the old detective did a good social critic. The only moment in my read that inspired me to feel that a good character appeared.
Was this comment useful?  Yes

boooo
by whitespade
March 15th, 2012, 3:29pm
Rating: 8.0  / 10.0
that's it? THAT'S IT?
boo. it just so....realistic. veryone have secrets they hide, past they buried, facade they put up. but whatever painful thing happen life just go on. things dont get resolved beautifully and relationship become undone easily. this manga portray the bleakness of life that it make me depressed.

Awesome ending
by halberdian
July 29th, 2009, 11:04am
Rating: N/A
It's pretty slow at the beginning and way boring. every character has sadness drawn on their face. though they said so much, yet they say so little; build up a scary serenity. however, when i think i'm too tired to follow this lack of wow and whoa, i can't!! the only reason is that, all those silence are there just to give out excitements when the end is drawing near. when the story near conclusion, surprising turn of event surfaced, and facts that remain hidden at the beginning starts to be revealed, and the pace quickened. This manga ending is not so dramatic, but it's good, way too good compared to initial expectation. This manga gives off enjoyment and great feeling, given that you read all chapters from the beginning toward the end.
Was this comment useful?  Yes

Surprisingly inventive
by Crenshinibon
May 22nd, 2009, 5:31am
Rating: 7.9  / 10.0
Undercurrent is a piece that I really didn't expect to enjoy as much as I did. While it's no secret that I enjoy this type of piece very much, the initial premise struck me as weak and I was a bit cautious throughout the first chapter. That disappeared quickly. As with his later Coffee Time, Toyoda manages to cultivate a quirky yet compelling environment for his characters, one in which a small amount of mystery mixes with bizarre circumstances and the human interactions that make them so comical. Unlike his other work, however, the story is intact and from the opening to the ending builds pressure and dissipates slowly with just enough coherency to keep the pacing solid. Additionally, the art is reminiscent of [a]Endo Hiroki[/m]'s heavily-detailed style, which is always fascinating to look at (although I'm not certain it was the ideal choice here, it was still visually appealing).

Worth the read to fans of artsy slice of life type works. Don't bother otherwise, you probably won't be able to appreciate its light-handed storytelling as easily.
Was this comment useful?  Yes

asdff
by qwaszx
April 14th, 2009, 1:46am
Rating: N/A
Relaxing, peaceful and fueled by a small mystery. Environment and background art is used well to create atmosphere. Very good ending that doesn't make you fidget in your seat and say I want more. Begining is boring but then again the manga I read every week consist of one piece and the like. I definitely would of hated to miss this one.
Was this comment useful?  Yes

This is a nice little slice of life type story, but don't let that fool you, it has a great underlying plot that doesn't let you down. The mangaka has a special ability to make you laugh in one frame and cry in the next all with out missing a beat.

If you are looking for a short and simple read this is the series for you. Even if you aren't sure about it, give it a read. It isn't that long of a series and I'm positive that you will enjoy it.
Was this comment useful?  Yes