Login to add items to your list, keep track of your progress, and rate series!
Description
Hachimitsu Private Academy was a revered and elite all-girls’ boarding school on the outskirts of Tokyo…once upon a time. But with the new school year comes a revision to school policy: Boys are to be admitted into the student body for the first time ever. But on his first day at Hachimitsu, Kiyoshi Fujino discovers that he’s one of only five boys enrolled at the school. Their numbers overwhelmed by the thousand girls in the student body, is it heaven or hell that awaits these five (un)fortunates?!

Note: Was one of two winners of the Best General Manga award alongside Gurazeni at the 3... More...
Hachimitsu Private Academy was a revered and elite all-girls’ boarding school on the outskirts of Tokyo…once upon a time. But with the new school year comes a revision to school policy: Boys are to be admitted into the student body for the first time ever. But on his first day at Hachimitsu, Kiyoshi Fujino discovers that he’s one of only five boys enrolled at the school. Their numbers overwhelmed by the thousand girls in the student body, is it heaven or hell that awaits these five (un)fortunates?!

Note: Was one of two winners of the Best General Manga award alongside Gurazeni at the 37th Kodansha Manga Award in 2013. Less... 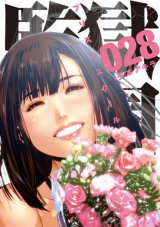 Decent comedy ecchi but dragged on and got axed
by Theoneyedsnake
August 3rd, 2022, 8:56pm
Rating: 6.0  / 10.0
The manga started out very strong and had hilarious moments throughout the series. The art was also very good at the beginning but dropped just a bit later in the series.

The first arc was really good. However, it did begin to drag on considerably after the first arc. The second arc felt like filler plot after filler plot (literally hundreds of pages), and even repeated scenarios that were in the first arc which made it kind of boring mid way through. The third arc was super rushed and the ending and epilogue were deeply unsatisfying. The series likely got axed due to the author just dragging the series on not knowing what to write or burning out.

Amazing
by miyagi1
July 10th, 2022, 1:54am
Rating: 9.0  / 10.0
Some genuine spit your drink out moments. If you don't laugh at least a few times during this I don't know what to say. Artwork is incredible. Overall the first half of this series is perfect. The second half does seem to drag out a bit. It appears they didn't have a clear direction for the story.

if you've watched Anime, then don't read manga
by Discontinuity100
June 1st, 2021, 7:37am
Rating: 7.0  / 10.0
Ending felt rushed, as if author was forced to end it coz it got axed
Spoiler (mouse over to view)
MC loses ALL trust of FMC when she finds he's a pervert who was wearing karate girls panties without reason.. and FMC continues sister's legacy. Also all ships set to sail sink
Was this comment useful?  Yes

*spoilers* The ending is shit.
by Aenonar
November 11th, 2020, 6:37pm
Rating: N/A
Really funny and perverted gag manga (see what I did there) which you can go through really quickly with all the crazy shit they come up with... But.... Then it just ends abruptly, on purpose... Even the "greatly improved" epilogue is just nothing at all, as if you've actually missed the real ending chapter... It's just so poorly done it's not even funny.

This definitely deserves a *real* ending or even continuation, it's just left right in the middle of a conversation and a "1 year later" pic pretty much... Just what the actual fuck?
Was this comment useful?  Yes

Jesus christ
by Fierytia
December 28th, 2019, 8:58am
Rating: 8.8  / 10.0
I watched the anime adaption of this before coming to know of the manga , now that I've read it , all I can say is WTF ,
So like the first half of the entire story I thought it was about 5 guys in a "prison" and how they interacted with each other and the "world" followed by how they would interact with the outside world after being released from the hellish environment. But I was clearly very very wrong , it somehow went from a ""prison school" to weird fetishes and BDSM , physics was just gone at the later parts. Well after reading it I guess the good thing is how amazing the comedy is (I got a lot of meme formats) and the great art and how you realise that the author trolled your butt hard .
Overall :
Art : great
Plot : well thought off but like its confusing as hell
Comedy : amazing
Romance : i dont know anymore
Pacing : slower than it should be
Fetishes : im sure there is atleast 3 present in the manga
Fappable : questionable but maybe
Was this comment useful?  Yes

Pretty Good
by sandman1008
October 24th, 2019, 2:22am
Rating: N/A
Overall, i think the manga is pretty good. It has its moments, but it can definitely be unbearable at times. With that being said, the ending was brilliant. Kiyoshi got everything he deserved. It was a bit of a twist, but I applaud the mangaka for not simply going with the predictable ending, but rather, the deserving ending.
Was this comment useful?  Yes

Enjoyed Manga
by lim4512
September 9th, 2019, 3:34am
Rating: 8.0  / 10.0
So this manga is considered completed I guess, with the epilogue coming out in April so I'll probably update this review depending on how the epilogue is.

There were some chapters were I would just laugh at the sheer ridiculousness that the characters displayed and the things that they went through just to see women in wet t-shirts. The main group in this manga is what really makes this worth the read, unless you're in it for the boobs and butt then I'm sure you have plently of reasons to read this manga (you dirty perverts lol). I would scale the nudity in this manga at a soft porn level. There is a lesbian sex scene and lots of nearly revealed vajaja's and a whole ton of full blown boob reveals. Also male parts as well but they are censored. ALL IN ALL, don't read this if you don't like nudity because it only gets more frequent the further you get in the story!

The humor in this manga was really top notch and the art in this story was also very good in my personal opinion.

There isn't much of a story outside of the realm of the boys getting close to the girls at the school they're at and having to work around the school council were the girls are extremely sexist against the guys.

I am incredibly disappointed though if this is the ending that we are receiving. I hope the epilogue can turn my opinion around because I really enjoyed this manga but with the way it ended there was no progress in the end. Everything just kind of reset to the way it was in the beginning and all the progress made just feels lost; overall giving me the feeling that I just wasted my time with this.
Was this comment useful?  Yes

Wow just wow
by kiriee
February 20th, 2019, 9:21am
Rating: 10.0  / 10.0
This probably the first time I get chill after I get to the ending, the author didn't care for the reader, he just want to draw and write what he want. Truly one of the best ending ever in manga history.

This is not a sarcasm, kinda tired of how many author keep want to satisfy their reader and forget what they want to write in the first place.

The whole series is a roller coaster. I feel regret not reading this sooner, because I though it is just some lazy ecchi manga.

Started Good but ended BAD
by Acradnxy
January 14th, 2019, 5:46am
Rating: N/A
I love this manga at first, it's hilarious it makes my stomach hurts from laughing a lot (or maybe my humor is too low), but after Kate comes out, the story isn't that good anymore. Probably, because Kate gets on my nerve every time she comes out, I want to pluck those eyelashes and slap her so hard for being annoying b*tch! Then comes the ending... OMG, the ending is super bad and it somehow like the mangaka like "F*ck it! I'm done with this series so I will give the sh*ttiest ending ever!" I even can't even say it's an ending. Dude seems like just too tired of this series then drop it without a proper ending.
Was this comment useful?  Yes