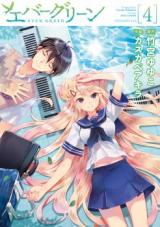 Great beginning, then terrible ending
by Conquestor
May 26th, 2020, 1:18pm
Rating: 6.0  / 10.0
Basically starts going WAY downhill after chapter 19. You can tell the author had to axe it.
Was this comment useful?  Yes

Ending
by agartha
March 10th, 2018, 3:37am
Rating: N/A
Everyone is complaining about the ending so I will also add in my two cents. It's just a bit lacking. It was exactly how I had hoped it would end from all the previous chapter hints but the making up part should have definitely been expanded upon. Otherwise 10.
Was this comment useful?  Yes

I guessed the twist from the start, there were a few hints leading to it (I figured it out in chapter 2). Anyways, I liked all 4 main characters, especially On-chan. It's not the typical “boy meets girl-love triangle, drama, drama-happy end” shoujo, and that’s exactly what makes it interesting. Actually, after reading it, to me it kinda feels like a good slice of life. The manga is well paced, all in all it’s a nice rounded up short story. The resolution could've been a little longer and more complex, but I can forgive that, because the ending just melted my heart. Loved it from the beginning to the end.

P.S. And to all the people who are dissing it because of the ending – go put on glasses and read chapter 2 again!

Great start, bad ending.
by Saint_
June 10th, 2015, 12:29pm
Rating: N/A
As soon as I discovered this is the work of Toradora's author, I began reading it. But I guess that was a mistake to believe this will also be a masterpiece.

The art is beautiful, I really liked all the details, the way the artist portrayed the characters. With a good story this would be a really good manga.
Would be.
The story was great for the first 10 chapters, later something strange happened. The author made really strange decisions. First it looked like if the manga had to be rushed and finished as soon as possible. If that wasn't enough, the author decided to put drama that felt unnecessary, rushed and surprising but not in a positive way. Something really went bad at some point, the idea for the plot wasn't new but it was somewhat good... but that ending...

I wouldn't recommend it, after reading it I'm not sure if the time was wasted or not. The only thing I'm grateful is that this story ended in 23 chapters instead of for example 100. At least the readers don't have to suffer long.
Was this comment useful?  Yes

Not for vanilla readers
by Dr. Love
May 31st, 2015, 12:16pm
Rating: N/A
Cute characters, nice art. The reception to the twist is exaggerated. I thought it was quite interesting, and not something done before. The relationship after the twist evolved naturally too. Despite being Takemiya's weakest work I still enjoyed this.
Was this comment useful?  Yes

The art is excellent but story ummmm
by ALT+CTL
May 12th, 2015, 2:31pm
Rating: 6.0  / 10.0
4 points dropped... I expect that the story become like this but anyway this is something that was new I really enjoy new things, not all stores should be good. This one is just okay.

The author could make it better but its rushed. (some people will get angry mooooore

THIS IS FUQK UP RIGHT HERE
by rumbleking1995
May 11th, 2015, 10:45pm
Rating: N/A
Spoiler (mouse over to view)
i mean other than the incest i find that the father was a basterd and not one person turely addressed this fact first your sleeping around with a women other than your wife then you abandoned that women with your second child then in some fucked up mnight shamlon style of twist of fate you steal your sons chance at happiness years later after your thought the medium of your mother but in fact with your "pride" you took from him at birth WELL SIR YOU ARE A CU#T AND HE SHOLD HAVE BURNED DOWN THAT HOUSE AND SHIT ON YOUR GRAVE
Was this comment useful?  Yes

Disappointing ending
by Lokimyth67
May 11th, 2015, 12:57am
Rating: N/A
I mean well, in this scene or based on the events in the story I wouldn't mind incest but it never happened and it made me very sad because they never end up with each other(or rather it was an open ending) but it was disappointing coming from the author of both Golden Time and ToraDora which are two masterpieces of the romance genre

I WANT MY TIME BACK. ALL OF IT.
by manga-fan1
May 10th, 2015, 8:25pm
Rating: 1.0  / 10.0
First few chapters were just absolute perfection. Then they introduce some stupid bullshit plot twist and I'm disappointed but I deal with it because I figure the mangaka will just fix it at some point. And then this series ends...with one of the worst endings...I've seen in a long time. And I'm just so mad. Don't read this series. Starts off great and just has a truly truly bad ending. I wish I had never read this. Give me my God damn time back.
Was this comment useful?  Yes

:T
by Daisukereds
May 10th, 2015, 8:13pm
Rating: N/A
Sad.. I really liked this couple. I wouldn't mind "incest" in this case. Not sure where the author wanted to go with it, as I understand they axed it so he had to finish it abruptly. Aaaanyway, I like the art and the characters, can't wish for anything else.
Was this comment useful?  Yes