Login to add items to your list, keep track of your progress, and rate series!
Description
The main character of this story is a girl with obsessive compulsive disorder. On a visit to her new school, she meets a fellow student, a "bad boy," and a handsome teacher. Things start to heat up later on, but who will she end up with?! 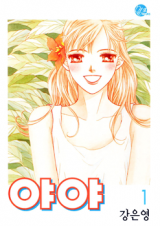 Awkward
by MightyMaeve
April 17th, 2016, 5:32pm
Rating: 2.0  / 10.0
Half way into this series I was still wondering what the point was. Maybe it's an awkward translation or maybe the story itself is just awkward, but the plot and relationships jumped all over the place with no explanation; as one minor example, she's friends with a girl, betrayed by said girl, suddenly friends again with same girl, no intervening scenes. The romance is bizarre: unexplainable, too jerky and uneven to be connecting, making it unemotional. Just frustratingly awkward.

It ended?
by fovika
August 21st, 2015, 4:09am
Rating: 8.0  / 10.0
Cute story. Love the main male characters. The main female though... dude, you have like no personality. She is so boring, it's annoying to watch. Everyone else in the manga has real depth, but not the main female? So weird. Don't get me wrong, she has a past which effects her, but it's just not very deep/emotionally connected. It felt like "oh, she should be sad now, because the plot needs to move forward", "plots good, so she can be boring again". I don't get it...

The ending... Was there really one? It felt like the series was just dropped instead of ended. There is ZERO closer with the bad boy. Plus I in general just didn't like the relationship of MC and teacher.
Was this comment useful?  Yes

Time filler
by sinxer
August 9th, 2015, 9:01am
Rating: 7.5  / 10.0
It's ok.....could be a whole lot better, so much of this could easily be expanded. Would have loved to have seen how the friend reacts or the family hell I wanted to know more about everyone's family situation more.
Was this comment useful?  Yes

Another male teacher- female student story
by BimboSilly
September 1st, 2008, 3:07am
Rating: N/A
Despite that I hang around hoping that she would end up with the bad boy- even though he is brash, I like his persistence and quirkiness. The teacher looks heap cute which is another reason I stuck with this series

Spoiler (highlight to view)
However, she ends up with teacher and he gets incredibly sweet with her enough to make me- someone who has grown to hate this especial combination- melt in "Aww"

cute
by mangalover
August 28th, 2008, 11:32am
Rating: 8.0  / 10.0
I really like this manhwa! It´s so different from the others. The characters are SO not normal, but it´s because of the way they are, that makes the story so interesting and unique, you know? The art is nice too, it´s simple.

i agree a bit draggy and dull but i still enjoy it
by pinkandblack
May 16th, 2008, 9:54am
Rating: N/A
rain lee's character really attracts me and kept me reading. He's really odd, weird, and unique but it seems to be that he's a lonely person. i can't wait for more!
Was this comment useful?  Yes

Too slow.
by ~^^EtErNaL-wInTeR^^~
April 26th, 2008, 9:58pm
Rating: N/A
At first I must admit it was a bit dull but I still liked it and thought it would get better. But no, volume after volume it just seemed to drag on and on again. Honestly, I wouldn't recommend it.
Was this comment useful?  Yes

surprisingly interesting!
by syne
January 18th, 2008, 5:21am
Rating: N/A
I just happened to stumble upon it because some a-holes at mangavolume upped it under a wrong name. It seemed nice and Rain caught my attention at once, so I read it up until the latest release, and I must say, it's really nice. Shoujo manhwas tend to be less cheesier than their Japanese counterparts. I'm cheering for Rain

And no, no licensing please, until all 6 volumes have been scanlated, then it would take forever to come on sale here.
Was this comment useful?  Yes

Hmm...
by HeurekaH
July 28th, 2007, 4:05am
Rating: N/A
Seems like most of us are thinking the same... GIVE ME MORE! Reading it sporadically chapter by chapter isn't very satisfying, this is the kind of manga that you want to read all at once. So hopefully it will be licensed soon.
Was this comment useful?  Yes

Unsure of how I feel
by PrincessVera
June 22nd, 2007, 2:06pm
Rating: 7.0  / 10.0
A really cute, but very slow story. I can't see where it's going as of yet, but I really like it -- I hope Yaya never loses her obsessive-compulsiveness, especially since it's one of her defining character traits.

As I read more, there is less emphasis on Yaya's personality traits and more on the romance aspect. I kind of regret this, but I will see how it turns out at the end.