Login to add items to your list, keep track of your progress, and rate series!
Description
Severely allergic to felines, Yuuto Amakawa spends his mornings nursing a drippy nose courtesy of his friend Rinko’s cat. But on his sixteenth birthday, it’s not just Rinko’s pet that’s riling up his allergies (to say nothing of his hormones)! Appearing before him is Himari, a buxom, sword-wielding cat spirit in human guise, who has sworn to protect Yuuto, now the target of vengeful spirits! It’s clear that Yuuto’s allergies are the least of his problems — he’s gonna need Himari’s help if he wants to live to see his seventeenth birthday!
(Source: Yen Press) 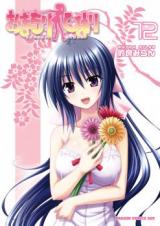 matra milan
by bietchie10
May 14th, 2014, 9:10pm
Rating: 10.0  / 10.0
Everything is good.
From the girls, love the girls.
To the solid ending, real harem ending for the win.
And the MC actually has his own ideology but is still flexible enough to change his course of action to fit the situation and has the ball to step up the game.

The art is good as expected of Matra Milan.

It's awesome and I'm kinda curious
by alan068
July 28th, 2013, 4:39pm
Rating: N/A
well I love this kind of love story.. I didn't say that I hate echi but for me the story is the important part ^^
and now I'm confused, hey I wanna ask.. since I'm reading this in the internet, there's only 63 chapters.. I've search at wikipedia that it has 68 chaps :/
please tell me how it ended ? share some link would be fine ^^ I'm really curious about how it ends

(Relatively) Good Balance
by imercenary
May 9th, 2012, 3:32pm
Rating: 9.0  / 10.0
First things first, if its plot you want, turn around and don't come back for another year. The plot is VERY slow. Its there and its good, but its slow. To give you an idea of just how slow it is, the main character STILL hasn't seriously fought a single enemy after 8 volumes despite multiple arcs involving multiple characters trying to force him to take up arms.

Oh and when he DOES fight? He either gets curb stomped and then saved or he barely defends himself and then gets saved.

That said, the story strikes a good balance between ecchi fan service, serious questioning about the position of demons in the modern world and the balance of power between demon hunters, peaceful demons, non-peaceful demons and powerless humans.

Very good
by ZNistTN
November 26th, 2011, 7:24am
Rating: N/A
Awesome art. Every one say that the story is such but i think it's okay
But i must agree that the main character is pathetic
any way this should be a good read for everyone
Was this comment useful?  Yes

excellent
by Dread Kaiser
October 24th, 2010, 4:16pm
Rating: 9.0  / 10.0
The Artwork was awesome.
The plot was good (for the genre at least, Harem=little original plot,lots of fanservice to make up for it.)
it was very predictable (to me at least, though I'm very good when it comes to foreseeing the plot, actions, etc. so that might not mean much)

and finally it has a plentiful supply of the three keys of a good manga: Action (Violent action), Comedy, and of course FAN SERVICE!!! ............Giggity Giggity Goo.

needs a little more action in comparison to the Fanservice though.
Was this comment useful?  Yes

Anyway if you like ecchi then you will like this manga. If you are looking for something like a good action than you are looking at the wrong place.
Was this comment useful?  Yes

Behold the power of pacifictic wimps
by splight
June 27th, 2010, 3:29pm
Rating: 6.9  / 10.0
Pacifistic guy gathering bad-ass girls into his harem in by using his words solely. Surprisingly girl keep joining without much fuss or ass kicking. And even no guys coming after his ass. As you see, story is complete rubbish. Though early female characters is likable, as story goes further, boobies become boobier and stamps stampier. Art is decent.

Awesome art
by ShinaDark
June 25th, 2009, 7:49am
Rating: N/A
This manga is one of the few mangas I've red which has great art.
Most readers usually judge a manga by art and this one just caught my attention.Romance and comedy is decent and most importantly AWESOME ART>>>>
Was this comment useful?  Yes

It's one of the best
by MangaMagi
April 29th, 2009, 6:54pm
Rating: 10.0  / 10.0
Well, like what most people wrote, it's a good manga. The art is good, easy to read. The story is interesting. It's definitely worth buying the manga and reading it. If you don't like ecchi (perverted) mangas, I would like for you to try it, but won't recommend it.
For me, I would like this manga to have more delicate magic battle like the manga "Magic Teacher Negima".
Anyways, good manga to read.

I think it's awesome
by infernoroy
January 4th, 2009, 7:09pm
Rating: 10.0  / 10.0
This manga is seriously one of my favourites with all the sexual tension and circumstances. Cannot stop reading it and i hope it's updated soon.

Keep up the awesome work Milan!!!
Was this comment useful?  Yes