Login to add items to your list, keep track of your progress, and rate series!
Description
A collection of oneshots (some are two chapters):

1-2) The Door to the Closed Mind
Back in college Usui ignored Masuoka, the cute kouhai who had the not-so-secret crush on him, but now he's hired him as his assistant. Dealing with the shy Masouka isn't too hard, however the pheromones he emits have the perverts crawling out of the woodwork! Is Usui immune, or just biding his time?

3) The Ugly Duckling and the Prince
In high school reserved Tayama paled in comparison to princely Tachibana, even the girl Tayama liked did nothing but talk about him. Now that they're in the same college Tachibana ... More...
A collection of oneshots (some are two chapters):

1-2) The Door to the Closed Mind
Back in college Usui ignored Masuoka, the cute kouhai who had the not-so-secret crush on him, but now he's hired him as his assistant. Dealing with the shy Masouka isn't too hard, however the pheromones he emits have the perverts crawling out of the woodwork! Is Usui immune, or just biding his time?

3) The Ugly Duckling and the Prince
In high school reserved Tayama paled in comparison to princely Tachibana, even the girl Tayama liked did nothing but talk about him. Now that they're in the same college Tachibana has latched onto Tayama as his new best friend. Fighting off the Prince's fan girls is proving to be troublesome, but more worrying are Tayama's own feelings...

4) The Prince's Sweetheart
Tachibana and Tayama's story picks up viewed from Tachibana's rather unique perspective.

5) It's Lonely When You're Cold
Muraoka Takeo has been admiring the beautiful but reserved store clerk for months, but when Takeo finally gets up the nerve to talk to him he finds himself being kissed! When the object of his admiration proves to be more different than Takeo could ever imagine, is there any hope?

Story 5 has some crossover with a minor character from Boku no Shiru Anata no Hanashi. Less...


Related Series
Boku no Shiru Anata no Hanashi (Side Story) 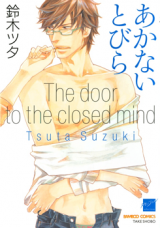 Hmmm
by ratsnack
March 17th, 2020, 6:25am
Rating: 7.0  / 10.0
I have a love hate relationship with ST. The art is really excellent as well as the dialogue but it's always very engaging oneshots that ends too soon and/or jumping from a kiss right to bumfucking in about 2 seconds...
Was this comment useful?  Yes

Good, but missing something.
by F0rcefi3ld
June 18th, 2014, 1:54am
Rating: 6.0  / 10.0
All the stories were great, but they were missing something. After I finished each chapter, the only feeling I got was, 'wtf' and 'this is it?' There were no cliff-hangers, just a sense of incompleteness.
Was this comment useful?  Yes

The remaining stories, on the other hand, are just normal mediocre stuff. Even a bit irritating at times I must say. Nothing much to discuss about.
Was this comment useful?  Yes

blushing kings of moe
by gwkimmy
August 21st, 2013, 9:08am
Rating: N/A
this mangaka is super good at making moe blushing characters that steal hearts. my heart hnnggg'd a couple of times.

the first story rubbed me the wrong way even more than the sadist did, though. talk about victim blaming! honestly the seme can go to hell.
Was this comment useful?  Yes

Not my cup of tea!
by mtmt1311
May 18th, 2013, 5:44pm
Rating: 2.0  / 10.0
Don't feel the love on any of stories! The seme in the first one is just having sex with the love struck uke just for the heck of it! The seme in the second story is a sadist... Never liked those either.. And the role of the uke in the third is like the character of the seme in the first... Half assed attitudes toward their partners! Iffy to say the least!!
Was this comment useful?  Yes

Hilarious
by Mochi__x
January 14th, 2013, 3:48pm
Rating: 8.0  / 10.0
A really lusty collection of stories~
The first couple are definitely my favourite out of this collection <3 Masuoka seemed really weak in the first chapter (since he puts up with the constant sexual harassment) but I loved him in the second chapter! His "itadakimasu!" statement cracked me up ^__^ It's so refreshing seeing an uke that actually wants sex! Usui is also great, it was so funny that he was completely unaware that he was affected by the pheromones like everyone else (maybe even more so). Plus I found the smut between these two to be incredibly hot~
The second couple, Tayama and Tachibana, were also really entertaining. Tachibana's surprisingly sadistic personality was so funny, but Tayama's unexpected outburst
Spoiler (mouse over to view)
when he gets angry and shouts instead of crying
made me crack up XD
The third couple didn't really interest me as much though... perhaps because there's only one chapter about them so there wasn't enough time for me to like them, maybe? The seme's feelings suddenly appeared out of nowhere and there was no sign that the uke even liked him back (I know the other couples weren't exactly all lovey-dovey, but at least their feelings were fleshed out more) and I was disappointed with how it ended
Spoiler (mouse over to view)
they have sex right after the uke had been with one of his clients, then the seme says he'll move in and the uke isn't allowed to cheat, and the uke half-heartedly agrees... then it pretty much ends...
So I would've liked to see more about those two. Though having said all that it was still funny at times and the art, of course, was stunning like the previous chapters.
So overall these oneshots have beautiful art, quirky characters, loads of laugh-out-loud moments and some serious lustiness~
Definitely worth a read!

Cute Story
by poisonousrose1517
May 23rd, 2012, 4:15pm
Rating: 10.0  / 10.0
I thought it was funny how you think you'd figured out the character's personality but then when the story is told from their perspective, their personality is totally different from how you'd imagine. That goes for both stories.
Was this comment useful?  Yes

Cute & funneh!!!
by Kinky-Chan
May 23rd, 2012, 2:18am
Rating: 9.0  / 10.0
I love the first story! It's so funnnnny! Especially the uke's reaction after doing things with the seme. xD Goodness! Not to forget the stoic face of the seme! It's recommendable! You'll enjoy this for sure! Most of the story is enjoyable and smooth!
Was this comment useful?  Yes

Original
by Sky Cross
April 8th, 2012, 2:11pm
Rating: 8.0  / 10.0
This was really something else! It's funny and weird sometimes, but so unpredictable. It's a nice change after awful cliche's all the time. I'm thankful to the mangaka for having such interesting ideas and executing them well. A fun read for sure ^^
Was this comment useful?  Yes

SEQUEL SEQUEL!
by sofia2723
March 20th, 2012, 9:10am
Rating: N/A
I love it! It's one of my favorite mangas ever, and it's quite unique because the uke is actually the first one who falls in love with the seme (unlike the usual seme-loves-uke-first scenerio that is far too common in the yaoi world).

Though, I feel like the stories should be longer. It's has alot of potential, and each story leaves you hanging >< I hate that about it. SEQUEL SEQUEL SEQUEL!!!
Was this comment useful?  Yes