Login to add items to your list, keep track of your progress, and rate series!
Description
1) Yumenara Samenaide
Sachika got involved in a traffic accident, and she fell into a coma. The moment she awoke from it, the one waiting for her wasn't a family member or her boyfriend Tetsuo, but a man she didn't know. He introduced himself as Kohara, one of her relatives, and he took her to his house. Sachika gradually felt that something was wrong, and she came to know of a shocking fact...
- Aerandria Scans

2) The Rainbow Love Song
A girl meets her prince charming - just to find out things aren't what they seem like soon after. Dejected, she tries to make the best of her current situation,... More...
1) Yumenara Samenaide
Sachika got involved in a traffic accident, and she fell into a coma. The moment she awoke from it, the one waiting for her wasn't a family member or her boyfriend Tetsuo, but a man she didn't know. He introduced himself as Kohara, one of her relatives, and he took her to his house. Sachika gradually felt that something was wrong, and she came to know of a shocking fact...
- Aerandria Scans

2) The Rainbow Love Song
A girl meets her prince charming - just to find out things aren't what they seem like soon after. Dejected, she tries to make the best of her current situation, but then the past life mixes with the present life...

3) Beauty and the Beast
Comedy about a tomboy and her unmanly childhood friend. Less... 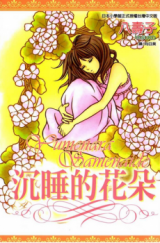 .
by #Me Too
September 29th, 2020, 2:13pm
Rating: N/A
kya! I really loved the 3rd story, for weeks I was trying to recommendations for story similar to that (the girl is stronger than the guy and protects him/manly girl-girly guy). I´m so happy I found this
Was this comment useful?  Yes

So Cute
by sarin68
May 23rd, 2020, 8:33am
Rating: 10.0  / 10.0
Didn't think I'd like all of them so much! This reminded me why I can like shoujo and romance without anything weird involved. Just amazing stories for two people falling in love.
Was this comment useful?  Yes

Good one shots
by Miaxchan
March 9th, 2015, 10:38am
Rating: 7.5  / 10.0
Plot-wise, the first one shot was well executed, the twist was nice - although you could totally see it coming ( I guess the satisfaction comes from you confirming it?) while the idea of an everlasting live may seem romantic, It doesn't really seem realistic and may actually be downright sad and depressing.

Spoiler (mouse over to view)
The guy devoted his entire youth to his girlfriend, I wouldn't be able to do that...
Flaws aside, this one shot is a pretty good read, the art is clean and the ending, a happy one. While I might have been harsh on this one-shot, I liked it and still reread it from time to time.

The second one had a lot of potential, but my oh my did it veer off course... I almost flipped my desk in anger when I finished it. The concept of reincarnation is pretty neat and is one of my favourite themes to look for in manga series, but that still didn't save the one-shot for me. The whole story actually felt kind of "forced" like a commentator earlier had mentioned - like it had to end "that" way. It might have been because the one-shots were published in Betsucomi and editors encourage mangakas to write about hetero couples, but in my opinion, it might have been better if Yasuko-sensei left the two protagonists as is.

The third one was pretty average, it was cliche but was still fun to read and I guess the female MC was likable to a certain degree. I didn't have any high expectations reading it so it was alright.

Overall, this collection was decent, I'd recommend people read the first story and decide whether they'd want to continue on from there,

Incidentally, my issues with story 2 are these:
Spoiler (mouse over to view)
First of all, the therapist violates his patient's confidentiality, yet it's totally glossed over in the story. Secondly, it's based on the absurdity of past life memories and inconsistent time travel thingamajigs. The story would be much better without.

Interesting stories with satisfying endings
by flowinmyboat
November 8th, 2014, 12:17am
Rating: 8.0  / 10.0
Solid set of oneshots. Each story had it's own distinct story and interesting aspects to them. Since they were oneshots, the endings were a bit abrupt but I felt all three stories had relatively okay pacing (story two was a bit rushed/underdeveloped, IMO because the author was trying to fit too much in).

Fun read, worth it!

lightly cute
by whitespade
August 12th, 2014, 4:38pm
Rating: 7.1  / 10.0
theres nothing of great note in this manga. bland characters, common art, unimaginative storyline - you name it, it is average. however, average does not mean bad, i still get through it because theres still some cute moments here and there. read this if you want to, but skip this if you dont have much time for manga reading and pick a more flavourful manga out there.
Was this comment useful?  Yes

This mangaka's works are great
by RaikaRai
August 7th, 2014, 4:16pm
Rating: 8.0  / 10.0
1. Hey unexpectedly interesting, aww it really was good, the story was executed wonderfully. 8/10
Spoiler (mouse over to view)
Sachika said she'll definitely return all the lost times Tetsuo has had, well what if she gets into another coma again? muahahaha, need to recover even more time then, muahaha...ok sorry for being cruel~

2. Man i realize this mangaka is a really good storyteller, writing a oneshot that doesn't feel short at all and at the same time so intriguing, how does she do that

Overall, the artwork was awesome, the stories no doubt was great, except for the last one, i felt it was borderline ok for me.
Was this comment useful?  Yes

Overrated
by Sphear
August 2nd, 2013, 9:33pm
Rating: N/A
How did it get so many 10's? Or is the 10 losing its meaning? If anything, this was just a compilation of average to above-average oneshots- nothing spectacular or creative even. The concepts were interesting but being a oneshot and all, characters felt 2 dimentional and the plot was too quick for any kind of endearment for the characters.

It was okay, but TEN does not quite fit it for me.
Was this comment useful?  Yes

Don't got the right to judge
by caozhi
January 11th, 2013, 9:18pm
Rating: 5.0  / 10.0
But I am and I'm basing it off a single story. I don't understand what the praise stems from in all honesty, I never felt the stories were really about love or had a semblance of that emotion in the work. The ideas were generally interesting, but the execution and resolutions were poor and rather...how should I phrase it..."forced". All I could sense was a single road of linear thought, the stories were of interest but the author in my opinion, lacked the creativity to make the stories enjoyable. It was a 'meh' for me. Didn't stick and now I struggle to even remember what they were about.
Was this comment useful?  Yes