Login to add items to your list, keep track of your progress, and rate series!
Description
Zhao Xiaotian suffered all kinds of hardships with relevance to supernatural powers.

After he got caught up in an explosion, he was able to catch up with the comic genre trend nowadays which is: "Isekai".

But unfortunately, the villains of the world still got their grasp on him for unknown reasons, maybe due to plot.

He was continuously assassinated, kidnapped, and he was ripped of his money.

And thenceforth, Zhang Xiaotian persevered on the way of cultivation! 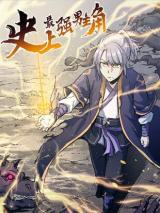 
Category Recommendations
Burial Sword Art
Another Emperor Reborn
The First Ancestor in History
I'm the One and Only God!
Reborn to be a Supreme Emperor