Login to add items to your list, keep track of your progress, and rate series!
Description
“It is said that when a martial exponent reached the highest state of divinity of their arts, they are able to transcend into Celestials, overcoming the limitation of life and death. And as Celestials, they have to overcome seven celestial divinity, Genesis, Enlighten, Emotion, Transverse, Seventh Sense, Crisis and Ascend in order to transcend to the Heavens.”

A Martial Odyssey is an epic quasi-fantasy/wuxia fiction, of a young man Yi Ping as he braved untold dangers in the martial fraternity. The powerful Honor Manor rules the Orthodox Martial Fraternity, yet there are other equally mys... More...
“It is said that when a martial exponent reached the highest state of divinity of their arts, they are able to transcend into Celestials, overcoming the limitation of life and death. And as Celestials, they have to overcome seven celestial divinity, Genesis, Enlighten, Emotion, Transverse, Seventh Sense, Crisis and Ascend in order to transcend to the Heavens.”

A Martial Odyssey is an epic quasi-fantasy/wuxia fiction, of a young man Yi Ping as he braved untold dangers in the martial fraternity. The powerful Honor Manor rules the Orthodox Martial Fraternity, yet there are other equally mysterious martial clans that are outside the influence of the orthodox fraternity; like the Eternal Ice Palace, the Virtuous Palace and the Celestial Palace. 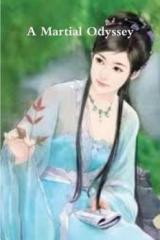 not for me
by nevermagic
May 19th, 2016, 10:31am
Rating: N/A
Read almost half but dropped then, i just can't stand that mc get 10 girls and they are fine it.... i just can't understand why chinesed always need make that mc get 100 girls lol
Was this comment useful?  Yes

We got a yamcha as Mc
by Demize
August 14th, 2015, 3:06pm
Rating: 8.0  / 10.0
Why Yamcha? Well he literally gets owned everytime he fights and on top of that his attitude is that of a shounen hero...and on top of that all the girls end defending him...so his harem fights his battles....and this guy is literaly useless when he finds any attractive female and cant fight them serious...this Mc have more fails than pro's....on top of that he is dense and calling him retarded seems to be more of an insult towards those with serious mental illnesses...

IMO i only hate the plain stupidity and retardness of the Mc i dislike Mc's that are Dense as fuck and on top of that retarded not thinking before talking shit...action wise he is hot blooded and retarded once again

This is a REAL harem not a fake one like other novel
A lot of women love mc even sleep with him its just *sigh* what kind of character is this.
MC easily ridicule, Insult and make the women cry so seriously why mc is love (Its Harem duh..)
So many twist and turn can't help feeling lost on where the story just went.

So many killing and its fun..

Its like playing an MMROPG while you read
You form a party Farm then suddenly a Boss appeared
Killed it then Level up!

Spoiler
Spoiler (mouse over to view)
MC is God Successor (The Dark Lord and The white sage is his reincarnation)
MC is currently in his 3rd reincarnation
The prophecy states that mc MUST have 21 wives (God Rules!)
Sadly some of the girls are already badly rape and humiliated and MC just took them in care
And not all the girls get to sleep with mc
MC don't take the initiative to sleep with them so the girls do various traps to get the mc
Its really funny how the girls fight for mc affection
The good thing majority of the girls are single and forever virgin (So mc can't sleep with them lol)
New Title The Immortal hero of the Three Realm
latest news MC has now 2 child one from lele and one from Asura lol
Seriously this novel the girls must do everything just to rape the mc
Is it me or MC is the father god and there is a mother god
It is so funny despite having so many girl it feels like MC is still single since he can't advance to any of the girls
And How the girls do the ranking and decision making
Despite all of this MC is still weak since new Exaggerated powerful boss always appear out of nowhere
When you suddenly feel MC got stronger then a new boss appear and defeat the mc leaving him half dead and at the end the girls are left to save the mc

As you read you might think MC is very OP
well duh you well realize that if his not OP then duh..

Just read it its fun! I have the feeling of wanting to read it at the same time I don;t want to finish reading it.

Love it!
by Tellestarle
May 26th, 2015, 11:10am
Rating: N/A
For no reason other than that it's a Wuxia. Ahaha. Let me just say that it is pretty repetitive...MC meets Maiden. Maiden falls in love with MC. MC is oblivious to her feelings but somehow develop feeling of his own. POWAH UP GET! That somehow occurs by coicidence but really is fate...or something. Rinse and repeat, like for the umpteenth time. Then MC procedes to fight stronger enemy who gravely misunderstands his abilities and hands thier asses to them making them all shocked and stuff.

Now, minor spoilers that wont really affect your enjoyment of the story... Probably...


He reincarnated... Like twice? Or three times. All three being impossibly overpowered or a genius...also making him regain memories of two of said incarnations just makes him even more impossibly broken.

MC is also dense AF that half the time you want to facepalm but also incredibly intuitive oh and has no qualms about sleeping with tons of women save excessive embarrassment and shyness. The heroines can also get rather annoying with their insessant "mother hen" behaviour. Always wanting to fight his battles though I agree that in the start, his heroic personality always gets him tangled with people who normally could beat him all the way to neverland.

But all of its cons seem to be my biggest pros. I mean, its a simple story. No complexities, its pretty straightforward save for the unbelievable amount of characters and names of skills....and

Deus Ex Machina. Belive me when I say this. Just when you start thinking "ok he DEFINITELY dead" or something like the MC getting some outrageous power upand say "How??"but miraculously, some accident just so happen to accidentally trigger an accident......yep.

Hey, lemme just say. I love it just because its entertaining as hell, so if you want some deep, incredible story telling welp...im not sure this will be your thing.