Login to add items to your list, keep track of your progress, and rate series!
Description
The end of the world is coming, terror covers the whole world, and the earth becomes a hunting ground for zombies and mutants. Zhao Tianlei accidentally obtained a mysterious super system. Although he is not a saint, but seeing the tragic situation in the world and the death of his classmates, how can he stand by and look at how Zhao Tianlei, who has a super upgrade and exchange system, leads humans Fight against corpses, restore human civilization? 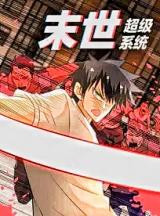 The MC is portrayed as intelligent and noble, but his actions are impulsive, impromptu, and reckless. He repeatedly tries to save obviously suspicious people who always attack him and his friends. He doesn't take obvious precautions in most situations against clear dangers, which leads him to getting betrayed just as expected and his friends paying the price. He nevers cuts his losses early. He never exercises any foresight to avoid trouble with others. The MC is not merely naive and trusting, he is a fool who waits until somebody tries to kill him several times and hurts his friends before he takes any preventative, cautious, or retaliatory actions.

The villains are all quite petty and cheesy (mostly rich/popular/powerful/arrogant men who want to rape girls in the apocalypse).

The women all say self-denigrating lines very often like, "In this dangerous world we weak and useless women need to find strong men to protect us. You should seduce him quickly before another woman takes him even if he hates you and you don't like him."

His system is fairly half-baked and the author purposely avoids explaining it so that the MC can conveniently use it at critical moments to win. I feel the system is being used solely as the MC's plot armor device rather than a part of the story's premise like it should be. All background concerning the origins of the system and zombies is avoided. Zombies are not really explained well.

Characters are one dimensional. All his friends/teammates are just obedient or loyal, and if they are female then they want to take off their clothes for him and be protected.

The plot is very repetitive (the same situations, types of characters, and arcs happen constantly). There is little to no real progress after many chapters.

The premise is about fighting against zombies with a system. It was intriguing, but ultimately not delivered well.

Yet Another quasi atempt at a "real struggle for survival" story nuancing at power fantasy.
by Across
September 8th, 2020, 4:05am
Rating: N/A
Basically... it's 1 of those manhwas that you read if you REALLY want to simply "unplug your brain".
Has it's very scarce decent moments where you think "oh nice! maybe there's something to this series after all" but in the end... it's an endless cycle of simping, plot holes and stretching the chapters for the sake of chapter numbers :x OR AT THE VERY LEAST... that's how it felt to me!
Read at your own discression :x
Was this comment useful?  Yes