Login to add items to your list, keep track of your progress, and rate series!
Description
This series is a spin-off of Tsumasaki ni Kiss following the character of Kyouya.
from Dangerous Pleasure

Kyouya has left hosting to go to university and work at a regular job. That is when he meets an assistant professor, Kiriya, whose "cold eyes" have drawn him in.

Kyouya's problems begin with his restaurant boss who he has an emotional attachment to that he doesn't know how to deal with. He turns to Kiriya, who in turn has his own past to get over.

Will Kyouya and Kiriya be able to overcome their pasts and find a future together?


After his relationship with Homura ended, Kyouya left his job... More...
This series is a spin-off of Tsumasaki ni Kiss following the character of Kyouya.
from Dangerous Pleasure

Kyouya has left hosting to go to university and work at a regular job. That is when he meets an assistant professor, Kiriya, whose "cold eyes" have drawn him in.

Kyouya's problems begin with his restaurant boss who he has an emotional attachment to that he doesn't know how to deal with. He turns to Kiriya, who in turn has his own past to get over.

Will Kyouya and Kiriya be able to overcome their pasts and find a future together?


After his relationship with Homura ended, Kyouya left his job as a host to go to college. Kyouya, who still cares for Homura, is attracted to his boss at his part-time job because he reminds him of his lost love. However, the person he thinks of most isn’t Homura or his boss. It’s Kiriya, a professor Kyouya met by chance when he was looking for a home for two abandoned kittens. Almost against his will, Kyouya feels drawn to the cold and arrogant Kiriya. Is Kyouya fated to always know only unrequited love? Less... 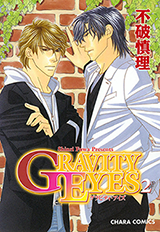 I rarely rate anything but this is a 10!
by readallthemanga!!
May 14th, 2013, 2:14pm
Rating: 10.0  / 10.0
This manga is wonderful. I read it and i want to read it over and over again. Don´t be fooled by the prequels, they were not very bad, but I was kind of bored by them - But this manga is one of the best works I´ve ever read!
(In my opinion it can really compete with great and famous drama-classics like "The cornered mouse dreams of cheese", and this was something, I thought, could never be topped)

You can not only read and see the emotions of the main characters, you can feel them. The love grows slowly and the characters develop in a perfect speed.
There are so many yaoi out there, in which "drama" is presented as a teary, overacting uke who makes a big fuss about just e v e r y t h i n g but this manga is different. I nearly cried because of Kiriya, his personality, past and acts towards Kyouya *I don´t want to spoiler here ;>*

I can just recommend this manga to you, if you hesitate to read it - read it!! It will be worth the time.
Was this comment useful?  Yes

Changed my whole attitude about the author..
by roxslide
September 9th, 2011, 1:47am
Rating: 9.5  / 10.0
Before I read this, I never thought much of Fuwa Shinri, but after I've read this, I can see I was wrong. Gravity eyes is definitely the best in the series, and the best I've seen from Fuwa so far.

The first volume was nice, but juvenile... the second one, though well done bored me half to death, but it was all worth it though to get to this one. Both main characters are masculine (I do so love couples that are evenly balanced), interesting and have enough chemistry to keep me interested. I really like this couple, Kyouya who wears his heart on his sleeve, and Kiriya who keeps his heart hidden. I'm love with both of these characters, I normally lose interest once couples get together, but I wouldn't mind reading another volume about their daily life, I love that much. Kyouya is expressive and caring, but isn't a weepy girly uke, and Kiriya is static and brunt, but without being intimidating or especially derisive, instead he's rather laid back. I love it.

I love the development of the story, the build up of drama and the resolution of it all. It was really effective, I haven't read a BL as poignant as this in a long time. All conflicts end up answered in just the right way, all the layering of elements gave the story really believable aspect. This one was quite a gem, Fuwa Shinri better keep your game up, I'm expecting a lot more from you now!

It felt rushed compared to the prequels
by jellaaay
December 18th, 2010, 11:10pm
Rating: 5.0  / 10.0
I read this mainly because it was connected to Zettai and Tsumasaki na Kiss. Although it says it's a sequel...it was mainly just a story of what happened to Kyouya when he left. But the previous characters didn't even show up in any of the scenes.
Spoiler (highlight to view)
Compared to the previous stories, I'd say I like this the least. Firstly, I dont like plots where one use to have a dead lover and is unable to move on. When Kyouya said "I cant possibly compete with a dead person." I was thinking "exactly~" Frankly if it was me, I wouldn't have gone as far as to burn a picture of me with him. Unless I didn't really love him that much. And I'm not saying Kiriya didnt love his former lover but I think burning the photo was just forcing himself to move on. Normally you wouldn't even care about it..but oh well I guess the mangaka had to write it that way so Kyouya would end up convinced that he's loved. I do like how Kyouya's character grew here though.. I really disliked him in Tsumasaki na Kiss. He was sooo annoying. Before I read this story I was really hoping that it would be about Kyouya unable to get over his unrequited loves and Kiriya would be the one to help him move on. Ahh but I guess that was too cliche. But you know, sometimes cliche is good instead of boring plots like these. I particularly disliked the fact that Kyouya got caught by the owner's wife. I mean gaahh I wish that didnt happen AT ALL.. it just ruined everything. If the mangaka wanted to have a reason for Kyouya to live with Kiriya then atleast make it as Kyouya feeling like he's being a burden to the "couple" right? right?
Anyway this was really my least favorite of the mangaka's works. And ahh, I loved her other stories so much since I was moved by the plots. But this was one was just...*sigh* unsatisfying

Although Fuwa-sensei's art is a bit inconsistent at times, I'm a big fan of her style because I love how well she incorporates a character's personality into his appearance, especially with Kyouya, who is my favorite character of the entire series: he's always smiling, because he's an optimist despite his hardships, and it shows -- even at his most miserable, he still smiles but it's completely heartbreaking to look at.

I was hooked on her Yakuza series starting from Zettai Unmei Houteishiki, but I think this is hands-down the best of the three because it shows the most believable and gradual development of a romance. It's not your usual love-at-first-sight, must-be-destiny fairy tale where it ends with the leads hooking up. Gravity Eyes features wonderful character development, and Kyouya and Kiriya are great for each other because they made each other better people: Kyouya helped Kiriya to come to terms with his past, and Kiriya indirectly inspired Kyouya to keep his heart open even after all the heartbreak he's experienced. Thanks to Kiriya, Kyouya becomes much more mature here than he was in Tsumasaki ni Kiss, where he doggedly (to the point of blackmail) follows around his (taken) boss just because he finds him beautiful. I like that in Gravity Eyes, Kyouya falls for Kiriya not because of his looks, but because of the inner kindness he gets to know once he spends time with him.

It's amazingly well-written, and the boys are very handsome, if I do say so myself. I must have reread this manga over a dozen times now, and it's just as fantastic as the first time I read it. I hope Fuwa-sensei writes more of these two!
Was this comment useful?  Yes

Probably the best from Fuwa Shinri
by Trifoilum
March 29th, 2010, 12:23pm
Rating: N/A
I like this a lot. There's a lot of drama, but none of them feels dragged. It's solved in the right moment, in a way not headbanging-inducing, and the relationship flows rather smoothly.

For characters, I mostly like how Kyouya can still retain most of his personality while changing his position in yaoi (I have to admit he's more....uke, here, so most).
Was this comment useful?  Yes

The Best!
by MightyMaeve
November 15th, 2009, 2:39am
Rating: 9.0  / 10.0
Fuwa-sensei's characters, story and art only get better with the passage of time and more practice on her part. This story is the best of the three in the series. The art is beautiful and expressive and my heart bled for the characters in their all-too-human desires and imperfections.

The theme of hurt and rejection and the loneliness that results when one tries to 'protect' themselves by closing down, and then the warmth of another human being when we allow them in with all the risks that means, played out subtly and poignantly. The characters were believable (Kyouyu doesn't simple 'forget' Homura), complicated (He 'ruins' a friendship because he can't repress his memories), and heart breaking. And very multi-dimensional with friends and family all involved.

With all these emotions running rampant, Fuwa-sensei keeps her men very manly--not effeminate at all. She even gives us a touching reflection of everyday life and happiness and what it means to care about someone.