Login to add items to your list, keep track of your progress, and rate series!
Description
To save his terminally ill little sister, Ling Chen enters the newly released virtual game world and joins a small gaming studio comprising entirely of women. From now on walking upon his path towards the pinnacle. An ancient, evil item almost forgotten by history, the “Wrath of the Moon” helps forge his unsurpassable legend, and causes him to unknowingly step upon a path that is destined to be punished by the heavens, the way of the shura. 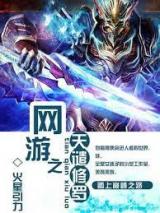 its a chinese web novel, what do you expect?
by nanner
January 20th, 2016, 4:14pm
Rating: N/A
chinese vrmmorpg has completely different gameplay focus from korean, so i would think the comparisons would be more towards zhan long, or the VR trilogy rather than MLS and ark.
the chinese seem to be more interested in pk and server domination rather than completing quests, growing the character, and playing the actual game. and almost all of the ones being translated have harems. at this point, i can't tell if its the chinese who are obsessed with harems, or if the translators are all constantly horny adolescent boys. its the same with xianxai in general. either they all have harems, or those are the only ones the translators are interested in translating.
shura's wrath is a web novel. you don't read a web novel expecting any kind of actual literature. as long as its entertaining and not too disturbing its good enough. so far the evil bracelet thing has kept me interested enough to keep reading. it not my favorite chinese web novel but its not the worst either.
Was this comment useful?  Yes

Its really similar to Shadow Rogue (Novel). A very shallow story with some added smut. There is absolutely no connection to Dragon Ball, btw did I mention that the MC needs to find 13 orbs? The battle scenes will make you fall asleep, that's a bonus if you are an insomniac I guess.

Oh, and a story that supposedly gets "good" after 250 bad chapters can never ever be classified as good.

There is a reason why this is one of the highest voted chinese novel and the english translation isn't doing its justice.

First of all, let me make this clear, this novel will be much different than any of other "VRMMORPG" from Korea or Japan, and don't even compare it to those Ark/LMS, because they are much worse. A piece of advice, treat the whole RPG as an adventure instead of a game despite the focus of the early chapters was (a bit too much) on the RPG aspects.

The story was one of the most interesting stories I've ever read, the real world is often neglected in other novels but it was very well developed, shocking even. The RL was very focused in the novel and had a very interesting story that played out very well in the end. The author also isn't shy away from having the MC geting some actions (explicit even) with his harem which is very rare in japanese mangas/novels. Let's have a bit of spoiler about his harem, the number of his harem was around
Spoiler (mouse over to view)
50+ but of course many of them are only minor characters and only mentioned once. The main harem was about 5-6. And you'll even get a canon best girl at the very last chapter :)

So do yourself a favor and wait for the translation to get pass at least 200 chapters and start reading it since the start was very slow, I'd say the story picks up at around ch. 250. Please don't judge a novel from only 50 introduction chapters so far...

Minor beginning plot summary, spoiler:
Spoiler (mouse over to view)
There are 2 humans who were considered the strongest, 1 male, 1 female. And our MC happens to be the male (ofc). He isn't the show off type and only 1 person by chance met him during his duel w the mentioned female. That guy later offered him to play in the MMO in exchange for an antidote for his "sister" (not blood related) who had an incurable sickness (it was mentioned there were only 3-4 antidotes left and people were dying like flies). In the MMO naturally he found an item that tested his will and he was the first one to become master of it instead of its puppet. He then becomes OP and rekt everyone in the game but things aren't just simple like that. And the actual adventure starts here, you'll learn that our RL MC is very special (much more special than stupid SAO or LMS) when shits started to going down you'll know how good this novel is

Also it was regarded as Scifi but I think xianxia fits it better. IT WAS AS EPIC AS DBZ !!!

Potential Unknown
by bakaleaf
June 20th, 2015, 7:38pm
Rating: 8.2  / 10.0
It has a goal (decent plot the minor glimpse behind the shadow makes one think of interesting plot)
Mc has decent mysterious background (some clues are mention all over the chapter)
Imouto justice! yes this is justice for the sake of not blood related classic thing

It's not inferior to other novels like Ark and TMLS

yet I can't judge this novel yet why?

And to openly announce it ( author should read zhan long lol )
with OP Imouto (thats the only reason this novel is above the rest lol)
Justice? where is justice in this novel!

To many unclear things have yet to be reveal
and I am already reading chapter 35?
yeah no one can beat zhan long with its daily chapter release lol

still I have a good feeling about this novel
yet I can also feel that the pace would be rather slow (seriously 35 chapters to reach lv10)
Was this comment useful?  Yes