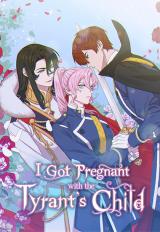 
Category Recommendations
The Princess's Spaceship
The Grand Duchess of the North Was Secretly a Villainess
What? the Crown Prince Is Pregnant!
Duchess in the Glass House
Knight in Flight

Her biggest reason for running away was b.c he acts more obsessive than he does in love. I was expecting the FL to talk with him about imposing his emotions on her, I expected her to explain that relationships need to be built on communication and trust, however the FL never addresses this and neither does the author.

The author also never touches on how the FL shouldn't just judge people because of rumors and a parent should NEVER destroy the relationship of a child/parent simply b.c you can't figure out your feelings. FL hid his kid from him and never once does she feel bad or is reprimanded for being a selfish mother who took away the fathers opportunity to be in his kids life. If she would have felt a little bad after it was all said and done then it wouldn't have been so bad, but the story acts like she had every right to act so rashly over something as stupid as a misunderstanding. If she ran away b.c she wanted to protect the kid from the many enemies of the king, fine, but b.c of a misunderstanding, no.

The FL acts more like a typical shoujo FL, drooling over the looks of someone you hate, being indecisive about your emotions, making stupid decisions b.c the author needs them too instead of b.c it makes sense. The art isn't too bad, but the kids profile heads are something crazy. The flow of the story is also a little wonky at times, it sometimes feels like a scene is missing but you can for the most part still tell what is going on.

lmaooooo
by gloriousmangalover
April 18th, 2022, 10:18pm
Rating: 2.0  / 10.0
i don’t even think it’s worth rating this one it’s so bad. all points given for mild entertainment but yes this is like the epitome of shitty ois: misunderstandings and terrible tropes galore, WORST FUCKING MLS YOULL EVER EVER READ, unexplained actions by fl, poor explanation of events, atrocious writing (more scenic than narrative), piss poor art.
Was this comment useful?  Yes

Guilty Pleasure
by chad3lee
August 18th, 2021, 6:50pm
Rating: 1.0  / 10.0
You know that series that is absolute grabege in the worst way? This is it. The characters are annoying, porly written, and contradict themselves all the time. The art is trash, the plot is cheesy and predictable, the hook lost its vanity 2 chapters in and did I mention the characters are annoying? Anyhow it's garbage but if you enjoy garbage casually you can keep up with it like I do.
Was this comment useful?  Yes

He is the emperor, arrogant, doesn’t talk to her (but visits her in her dreams), has a tragic backstory (which is supposed to make us like him although he has absolutely no redeeming qualities whatsoever), and keeps harassing her instead of communicating with her.

She is a knight, becomes pregnant, then runs away when he finds out because she’s convinced he’s a monster and she wants to protect her children, manages to hide for years, then has to confront him, and falls back in love with him because she sees him cry.

Bad decisions, fickle emotions, drama for the sake of drama... all in all a typical bad shoujo.

Premise is too childish and makes 0 sense
by noobzilla
February 26th, 2021, 11:44am
Rating: N/A
It starts off okay: the typical tension from hiding a secret from the emperor etc. But the supposed "deceit" on the emperor's part is so minor, that the FL's decision when the "deceit" is revealed, is VERY clearly to just uselessly extend a story that should have ended in a total of 20 chapters or so. The decision is so bad, I can't even blame pregnancy hormones on the idiotic, fickle and petty FL. If you are wondering what this was:

Spoiler (mouse over to view)
Emperor knew she was pregnant with his child. But did not tell her about it, instead he secretly protected her, and visited her in her dreams. Apparently this crime was enough to run away from the emperor and raise her children without a father for 5 years. WHAT THE ACTUAL F!!!!???