Login to add items to your list, keep track of your progress, and rate series!
Description
1) Scent Filled Days
"Stay away from me, you stink." Hearing these words from high-schooler Kazunari sends auto mechanic Ryosuke into a confused funk. As the son of the garage owner, Kazunari should be used to the smells of oil and sweat, right? But he seems determined to avoid Ryosuke, who's equally determined to find out why!

2-4) Body Talk Paradox
Tattoo artist Shidou is very negative and unsociable. He can't call people close to him friends and he has no lovers. Even when he feels lonely, he only goes for one-night stands. But then Takita, whom Shidou had slept with previously, approaches ... More...
1) Scent Filled Days
"Stay away from me, you stink." Hearing these words from high-schooler Kazunari sends auto mechanic Ryosuke into a confused funk. As the son of the garage owner, Kazunari should be used to the smells of oil and sweat, right? But he seems determined to avoid Ryosuke, who's equally determined to find out why!

2-4) Body Talk Paradox
Tattoo artist Shidou is very negative and unsociable. He can't call people close to him friends and he has no lovers. Even when he feels lonely, he only goes for one-night stands. But then Takita, whom Shidou had slept with previously, approaches him without any hesitation! Takita comes to visit him every day at work, and Shidou can't refuse him because he owns the building. Takita's expressions of love for Shidou are escalating day by day!

5) Love Sensitive
Tattoo artists and coworkers Sasame and Kaji are more like mother and child, with the wild looking Kaji taking care of the gloomy Sasame. Kaji's instincts are far from motherly, and he's grown to care for Sasame, whose sensitivity to the cold temperatures are making him more lethargic than usual. Can Kaji think of ways to keep him warmed up?

6) Mad Synapse
Akimoto just wants to keep everything in his work "moderate" but his co-worker, Suzuki, keep giving him trouble with his airheadedness. And too bad for Suzuki, but Akimoto isn't as nice as he might seem on the outside. 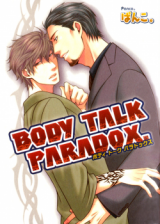 “Everyone Turned Gay”-Panco
by toastmuncher
May 2nd, 2017, 9:30pm
Rating: 7.0  / 10.0
My exact sentiments. Well, this is really a minor issue. Honestly, it’s not like this the first or last time that everyone turns gay all of a sudden. My particular problem is with the characterizations and story. My beef is with the fact that everything turns out just conveniently. It feels forced. Too forced. But the real matter isn’t even with this convenience. It’s that the characters are archetypal to carry the story forward or lend it any weight.
But, God, the art. It is absolutely glorious. It really has been a while since I have seen such detailed and solid art in a yaoi manga. The smut isn’t smutty enough, though pretty decent in my opinion given the course yaoi manga usually take, but the art pretty much makes up for it.
Was this comment useful?  Yes

adorable~ x)
by Maria-Ayako
September 13th, 2015, 9:42am
Rating: 9.3  / 10.0
The art was good (aside the fact that females had the same face as males).
The first couple was....car mechanic x high schooler.....hmm funny but was kinda short, or something,...
The second couple was the main, a tattoo artist x building owner....i have a tattoo so i like anything about tattoos....anyway Shidou has some problems with himself but its not like i cant understand it, that kinda maze u get into when u think too much etc,...that couple was really sweet at the end~ their story felt unique and it was interesting!!
The third couple was about two tattoo artists!!~ so adorable!!~
The fourth couple was about coworkers. Again kinda short, but cute, a sadistic uke x) i love sadists!
The extras showed a bit more funny moments of the couples x)
Was this comment useful?  Yes

Cute!
by Twitchit
June 11th, 2014, 5:39pm
Rating: 7.0  / 10.0
I like this one. Each of the characters were unique (both in appearance and in personality) which is quite cool considering that most mangaka tend to reuse certain attributes like they were going out of style. The art itself is very clean and clear, and as far from shoujo-like as possible (which is a nice change for a yaoi work). I gotta admit that the first story kinda threw me, since I had no clue what that had to do with the main title work, like the others were - at least until I saw Akihito's story.
Was this comment useful?  Yes

I like the first couple/story most and the third couple comes second, I wish it was longer, and that they had gone all the way. The other sex scenes were unsatisfactory(I'd rather not have seen it).

I was disappointed that Shuji was also an uke, I hoped that at one of the friends would be a seme. He appeared a lot in the other stories, but I wanted to see more of Ryusuke(I guess he's my type(?)).
Was this comment useful?  Yes

Anyway, the first story is not memorable to me at all, but the second story i liked alot. The first story has its cute moments and its a little funny, but the ending left alot to be desired xD. As for the second story - the uke in it is very cute, despite looking manly most of the time - he has such a complex and it really comes across as making him seem adorable o.o and the seme is sort of cute in himself too, right at first i was thinking he sort of reminds me of yakuza, but when we see the real him towards the end i simply lol'ed, I like him now xD

I liked this, its very light in the way of yaoi but its cute and i'll probably remember it. I also love the uke's tattoo's... im not a huge tattoo fan or anything but i do love that style of abstract art - i even have a t-shirt with a very similar design oddly enough.