Login to add items to your list, keep track of your progress, and rate series!
Description
While escaping from pursuers, Shen Nian Que accidentally entered the house of a handsome young man.

Not only was he not afraid of her threats, he even personally treated her gunshot wound.

At first, she thought that it was just a coincidence. However, she would've never thought that this young man, who has a delicate character and is a year younger than her, would end up pestering her. She couldn't bear to beat him or scold him.

Slowly, his gaze towards her became increasingly morbid... 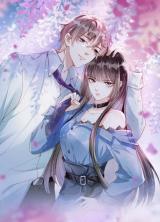