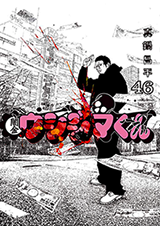 Please continue
by MangaFan777
January 8th, 2021, 6:09am
Rating: N/A
Its one of my favorite seinen mangas, i really liked its dark tone.
can anyone continue this series. please
Was this comment useful?  Yes

Dumb as hell
by great_k
October 4th, 2015, 1:46pm
Rating: 1.0  / 10.0
This manga really makes japan look like a shit hole.
Typical plot revolves around a desperate person taking a loan and then being milked for everything they're worth by the debt collectors. Woman are forced into prostitution, even a single mother desperately trying to raise her son after being laid off. This series may be "mature due to its sex and violence but intellectually or even as a literary work it is dumb as hell.

Realistic darkness about sharks eating sheep
by residentgrigo
May 25th, 2014, 3:53pm
Rating: 8.5  / 10.0
The authors never managed to make me care about any of his previous works but i really enjoy his latest twisted tale of the Yakuza´s way of life and hope that the series will keeps it´s quality in the future. The current length of 30+ volumes seems crazy to me but we will see. I usually have a problem with a lot of seinen manga about organized crime in Japan due to their low realism and over reliance on stupid tropes like oh so "shocking" rape scenes as drama that go nowhere. Hello Crime and Punishment. Or tons of crazy ass crime that happens in way to public places to even make sense. Tokyo Tribes i am looking at you.
Or the lack of ballZ to get down an dirty like the endless Yakuza games and just turn in unending orgys of manly men fighting each other without sense of direction. Hello Crow. This little bundle of joy here though pulls of one of the very few believable takes on prostitution i have ever seen in a manga. No cheep thrills or "fan service" here.
The fascinating (and sadly realistic) downward spiral plays out magnificently here and is true powerfully.
The series take on homosexuality is also way better then most Japanese publications that are about that topic.
The protagonist is also a unique beast of man who is neither sympathetic nor abhorrent. Just a man representative of the world and people he surrounds himself with. Lets just say that nearly everyone deserves what come to them. And most importantly of all is that i buy the setting fully and that it feels like present day japan and not some twisted "hell realm". Hello Ichi the Killer. All in all this manga shows a ton of guts and restrain (the storytelling actually takes it´s time and thus isn´t recommended to reader who like instant gratification) and has a unique art style to polish it all of. The art itself won´t please everyone and is more for fans of independent comic like Stray Bullets and underground manga. I definitely understand how the series got nominated for an award and look forward to more.
Be warned though that this series earns it´s mature tag over and over again.
Other great crime series are Sanctuary (8,5/10), the brain dead yet fun Black Lagoon (8/10 but the anime is slightly better) and American takes on the genre as The Godfather/Scarface/The Sopranos are lastly a must as well.

Usury
by KanameFujiwara
March 28th, 2014, 12:28pm
Rating: N/A
If I have students wanting to learn of the dangers of usury, this comic is perhaps one of my darkest example. The reason why it is so dark is because the source material is base on reality. The circumstances might change but make no mistake - many of the personas shown actually exist. Let this be reminder to us all and let us move forward.
Was this comment useful?  Yes

Realistic, disheartening and educational
by lomegil
July 3rd, 2011, 1:58pm
Rating: 10.0  / 10.0
I've no way of knowing if this is real, but it sure feels realistic - on the level of a punch to the face in the gutter. Plumbing the depths of society, too, but not for cheap shock value, like so many mangas out there - it feels rather like an ethnographic study into the lower classes (and wherever you're from, there are those, so you're bound to relate). It's the opposite of feel-good, too - in fact, there's not a single char pleasant to relate to - but, again, it documents reality so thoroughly it's hard not to be impressed. All in all, ranks very high on mature scale, even for a seinen, but it only makes the manga an even better - tho' also more dark and disenchanting - read.
Was this comment useful?  Yes

Very Dark!
by ejusdemgeneris
May 15th, 2011, 2:10am
Rating: 9.2  / 10.0
I've started reading the first 5 chapters and find this manga truly amazing.. The art attempts to apply realism by portraying imperfections on each characters which complement the plot and the theme. To put this episodic manga in simpler terms, it's about the daily life of a bad guy lending people from different walks of Japanese life into more sh!ts than they have started with- who in the first place are at fault for such sh!ts, themselves. As what the previous comment stated, it's definitely recommended to mature audiences.

BTW, it also contains prostitution.
Was this comment useful?  Yes

1 volume
by Famas
April 26th, 2011, 12:11am
Rating: N/A
the art is less than mediocre, but I'll always take story with poor art over brainless cuteness. And this one sure has enough of quality story. Very cynical, very dark story which I find hilarious. People want to borrow money - heroes check if they can pay back. People fail to pay the debt and ridicilously high interest? They'll pay anyway, they'll be made to. Certainly recommended to more mature readers.