Login to add items to your list, keep track of your progress, and rate series!
Description
Two races of half-bird half-human creatures live undetected among humans: The cockatrices and the basilisks. Kozakura Sora is a young cockatrice who switches schools for his assigned task of keeping an eye on Karasuma Rin, a basilisk and student council president. However, on his first day Sora flies into Karasuma Kai, Rin's younger brother. A fateful meeting that changes everything... 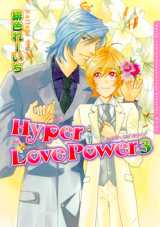 Eh
by Sorcha
January 6th, 2014, 3:56am
Rating: N/A
I have to agree with Nanako. This is shoujo, with a plot somewhat worse than average shoujo. And no, it didn't get less painful by reading it in one go.

After reading lots of yaoi, you'll get used to somewhat girly uke, so it wasn't a big problem. The problem is that Kokazura Sora, the uke, is not only useless, but almost never use his brain. The first chapter pretty much goes like this: So, I'll infiltrate enemy clan member's school. Lets use my real name! Gee, I'm late for class, I must to use my wings to fly (not that it help him arrives faster). Who cares if the enemy could recognize me in one glance? Rinse and repeat. This brainless action pattern also detected from other character.

In this world, a manga where you need to shut down your brain and relax to enjoy it exist. With this one, however, your brain will rebel when you forced it to shut down. I can't even say 'read it for the smut'. Only read if you enjoy HIIRO Reiichi's other works.

So silly :P
by mlat26
September 17th, 2012, 2:15pm
Rating: 6.0  / 10.0
Haha! Take away the sex and it's a story for kids XD The plot is silly a bit rushed and simple, even embarrassing some times because of the excess corniness. Don't look for any depth, if you are looking to kill time then go ahead and read it.

Silly!
by Chryza
May 20th, 2012, 9:46pm
Rating: N/A
I guess it's a bit expected considering the name... I giggled when I think you're not supposed to? I think I'll hold off for now because the corniness of the first part made me kind of dread the upcoming drama that was apparently going to take place. The art is nice, although characters looked similar, and I even thought one character from another of the mangaka's series was making a guest appearance....
Was this comment useful?  Yes

Cheesy, BUT Cute~
by akiranox
April 25th, 2012, 12:51pm
Rating: 9.0  / 10.0
The story was cheesy but also very cute. The uke was VERY girly which was endearing at times, but also...eh. The second plot seemed very abrupt but it tied in very well. The couples were adorable and overall it was one of those cheesy but refreshing mangas!
Was this comment useful?  Yes

2 Things
by miss_yoosu
July 18th, 2011, 6:17pm
Rating: N/A
I enjoyed reading this series, but there were two things that I didn't like in the first two volumes.
1. The development of the feelings/love between the two leads was a little fast.
2. The ending of the second part of the story was cliched.
I hope to read more about the other pairings.
Was this comment useful?  Yes

it's shojo. shojo!
by Nanoko
June 9th, 2011, 8:59am
Rating: 3.5  / 10.0
the plot is crap. the characters are all just sooo naive and stupid and patethic, even if they're not supposed to. seriously, you've gotta be underage to have an endurance rate of stupidity high enough to bear with this manga. still, if you can just not take it seriously at all, you may come to enjoy it. i would suggest reading this title in one go, maybe then it'd be less painfull.
Was this comment useful?  Yes

Bishie Bird Boys
by LadyAOI
February 21st, 2009, 6:23am
Rating: 10.0  / 10.0
I really nice didn't think I would like this manga as much as I did, the art is really nice and the story line is really cute. I didn't expect the ecchi parts to be so smexy but they were (^.~)...there's a lot of bishies so it very pleasing to the eye. Looking forward to reading more, really a sweet read!!!
Was this comment useful?  Yes

hmm
by ragec
December 6th, 2008, 1:20pm
Rating: 10.0  / 10.0
Well when i read the description about half bird human creatures, i was shocked that the rate was high for this manga. I did skip this manga for like 5 times then i just went on and check it. The art was great and the story is not so bad. I really liked this manga and i just regret that i skip it a few times.
Was this comment useful?  Yes