Login to add items to your list, keep track of your progress, and rate series!
Description
Not only did I wake up in a coffin, I even became a 'man'! Did I have time travel? What’s with this man’s dress? The life in another world is not easy, and I even have to deal with that dark and cunning duke!

Latest Release(s)
c.1-7 by Webcomics App 26 days ago
Search for all releases of this series 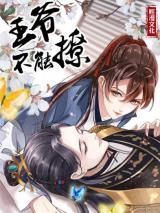 Don't bother
by Wefa
February 26th, 2020, 3:18am
Rating: N/A
It starts out great but gets stupid especially when the prince got amnesia. Don't bother reading. It's the same as other historical manhuas out there. I wonder why I expected better.
Was this comment useful?  Yes

If you're not into Shoujo, don't bother
by Lynfei
November 28th, 2019, 8:58pm
Rating: 10.0  / 10.0
Personally I really enjoyed it and thought it was excellent. I'm not sure about others but I think it was a rare gem considering other types of manhua like this. The female lead isn't too interesting, but she is still relatable and is more there for comedic effect. The male characters are really interesting and the story itself grabs your attention very quickly. I loved reading the plot and while it was indeed messy, it wasn't too sexual or solely based on the Romance aspect (in fact, the Romance was well paced). Overall, I think it's a fantastic read, but you shouldn't try and read this thinking it will be like a shounen manga because it's far from it.
Was this comment useful?  Yes

Terrible
by PZcolo
September 11th, 2019, 3:46am
Rating: 1.5  / 10.0
Retarded MC, same thing for the support cast, the MC is supposed to have trained her whole life in martial arts (previous) yet she is a weakling that can be tumbled by a simple maid or her extremely idiotic "friend" that in 6 chapters has already almost killed her 3 times. 1st thing she does when waking up is swear revenge on the princes yet one glance at him and she has already almost fallen in love with him. The piece of sh*t prince on the other hand goes from killing her to be extremely interested in her, classiic egomaniac kind of character I despise (when I read that the alternative name is entangled with the prince that was it). Her father is another piece of sh*t and so on, but the MC is so meek that she just lowers her head when she's does not really need to stay in that house, she's a person transmigrated from another world and shouldn't need to care for all the crap she's been put through, so why does she? no explanation is given, if it's for revenge, read a few lines above. Terrible story telling skills by the author.
The amount of bad plot tools and nonsense that happens in 10 chapters is just too much, the story tries to by serious but the author doesn't take it seriously at all and comedy gets in the way all the time, the worst kind of compromise where it is not even funny and it doesn't let the story progress normally. Also, I'd bet that she's been treated like sh*t her whole life but has a huge backing that has conveniently remained oblivious all this time
This is really too much for me, other than the good drawings there is nothing even decent here, dropped. There are just too many stories with the exact same setting that are better, there is no point in reading this.