Login to add items to your list, keep track of your progress, and rate series!
Description
He was an addict, a loser, a despicable human being. But, one fleeting dream that may not have been a dream at all reawakens his once-lost senses. Possessing a very unique ability, he would use that, and the dream, to forge his path in the world now known as the Lost Paradise. 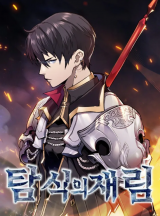 This manhwa is a blasphemy
by PotatoHunter
May 7th, 2022, 4:54am
Rating: 1.0  / 10.0
Chapter 1 is already told you enough of this adaptation.
Spoiler (mouse over to view)
MC having spear of purity, and it even breaks?
Mediocre art, change of story, and mc having a brown hair instead of black? The artist probably didn't even read the whole novel before making this adaptation.
Was this comment useful?  Yes

Very confusing to read, author is lazy to explain details. Story is vague, they are playing a game which the author doesn't even bother to explain what is that for. Readers doesn't know what is the goal.

Even the side characters doesn't even have back story. It seems like they're just there just to get killed. It's hard to get attach to characters especially the ML.

He is boring and I felt really disgusted when he didn't even do anything or even trying just a little bit to save the first girl who died and the mother and daughter. Even if the monster cross the gate, for sure, they will manage somehow to kill it or even just escape from it but they literally just watch them to die. That's not an ideal character of a hero right?

He could have done something but he choose not to. What is the sense of being strong if you're not going to use it to help the weak? I understand that he can't save everyone but he should atleast try. ML is useless. I hate this to the core and people is even comparing this to solo levelling?

This is not good. A vague story and a hateful ML. Don't waste time on this.
Was this comment useful?  Yes

Too cringe
by Vicis
August 14th, 2021, 7:51am
Rating: N/A
It started off with some promise, but after the second season started it really went downhill. Not only does the story feel rushed, but the protagonist is very unlikable and just feels bland.

Worst of all the second season has a whole plot centered around Orcs raping and breeding with humans. It's entirely unnecessary and doesn't add anything to the story. It feels like it was inserted to try and make us hate the bad guys, but it's a cheap cop out given the antagonist forces have gotten practically zero development prior to this. The author also keeps trying to insert emotional scenes, but they all fall flat because most of the characters have gotten zero characterization or development, while the MC is basically all over the place.

'Hey how do we make the reader know the bad guys are bad'?

'We could insert them into the story as characters with agency, concrete goals and beliefs, but that sounds like a lot of work... I know, let's have them use women as incubators while horribly torturing a main character that we didn't bother developing!'

Pretty decent
by PZcolo
July 6th, 2021, 1:29pm
Rating: 6.5  / 10.0
For anyone trying this out, my first recommendation would be to be patient with the first 5 chapters, in a sense, the story only really starts from chapter 6. From there, it's pretty decent survival arc followed by a training arc before the actual action starts in season 2.
Pace and art are quite good, as for the story, I can't really say much since the first season was a sort of prologue and the second one... well I won't spoil it but not only is it just starting but there is an unexplained time-skip. As for the characters, they lack depth, in part because except the MC there isn't much showcase of the rest of the secondary characters, and as for the MC, after a bad first image he's ok I guess, he's changes are just not very well presented thou.

Overall, it's a fairly entertaining action story if one doesn't have high expectations. Depending on how story and char development go, it can turn good or bad at this point.
Was this comment useful?  Yes

Looking forward to the rest!
by MusicalHiro
May 13th, 2021, 9:43am
Rating: 10.0  / 10.0
1st arc is dark survival and 2nd arc more action and more world building. The story and pacing is going to the right direction. Annoying to wait for new chapters (●o≧д≦)o
Was this comment useful?  Yes

Characterization lost in manhwa but good in novel
by jnatsumi
January 25th, 2021, 9:29pm
Rating: N/A
I started by reading the manhwa version of this story. I don’t regret it despite not liking it that much. The art work is the only saving grace. Characters seems one dimensional. We don’t really get very much insight into thinking process or character background.

That being said, all those things are done much better in the light novel version of this story.

I would recommend reading the manhwa for the art so that you get a picture of what each characters might look like. Then head over to the light novel. The chapters in manhwa and light novel don’t match one to one and you don’t lose too much details.

It’s alright
by Charrr
August 22nd, 2020, 8:59am
Rating: 7.0  / 10.0
The story, plot, idea and art is pretty good. It’s pretty hard to write a review about this, there is nothing much to say since the story didn’t progress much yet. Overall, I’m looking forward for the second season, hopefully it’ll be a good read!
Was this comment useful?  Yes

It's decent, that's all
by Samken
June 18th, 2020, 6:55am
Rating: 6.0  / 10.0
The novel is no masterpiece, but it's a denser and deeper read of the story, the manwha is basically a digested version of it, and while being a visual medium certainly gives some leeway It unnecessarily skips a lot of characterization of the main character and side characters, making their personalities a little flatter in turn, but the core of the plot still remains.

Read the novel
by Hakan3369
June 4th, 2020, 2:48pm
Rating: 6.5  / 10.0
This adaptation is interesting but it skipped so much content and characterisation. It really doesn't do the novel justice. I'm not really an avid reader so I don't usually read novels but this one is truly amazing.
Was this comment useful?  Yes

Consider the novel
by nzzz
March 3rd, 2020, 3:38pm
Rating: N/A
After 30 manwha chapters I wanted more, and binge read all 250 chapters of the novel that is currently translated. I can echo what Bastu said.

The novel is really good compared to the vast majority of the genre, so I highly suggest you read it if you even like the manhwa. The manwha seems faithful and well done so far.

I wouldn't mind the artist speeding up the pace of the adaptation from what I've seen so far as long as they can do it to not ruin it (plenty of chinese adaptations of webnovels rush them WAY too fast and ruin them). Right now its 30 manwha chapters correspond to ~18 novel chapters). The novel is 489 chapters so if the adaptation ever wants to finish in less than 10 years they will have to speed it up.
Was this comment useful?  Yes