After a fallout with his father, Alvin takes time off to visit India and indulge in his love of exotic places. When he meets Razil, it's love at first sight and the two of them return to England as lovers. But Razil has a dangerous past in India that Alvin knows nothing about.

Side Story:
Oscar has loved Eugene ever since he was a child, but Eugene only has eyes for Robert, Oscar's elder brother. Can Oscar ever get Eugene to forget about Robert?

Latest Release(s)
v.1 c.1-5 + Extra (end) by Dangerous Pleasure over 12 years ago
Search for all releases of this series 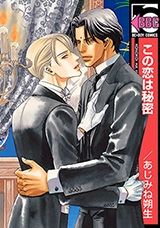 Slightly above average
by OmNom
October 27th, 2013, 5:12am
Rating: N/A
This is a rather typical manga from beginning to end, it's just not too unbearably annoying. The characters don't spark much interest in me to be honest, and the cliche still exists in pretty much every chapter. However, it's kinda strange how I wasn't too bothered by the set-backs. I'm just not too engrossed in the stories and developments; I guess indifferent would be the word to describe what I feel. I don't hate this, but I don't feel myself attached to it either.
Was this comment useful?  Yes

Extra story
by mtmt1311
March 18th, 2013, 11:15pm
Rating: 7.0  / 10.0
Main story is good and all but what with the side story? I was excited for this unexpected couple but there are many things unresolved and it went way too fast. Does he still like the brother or not? Is he really in love with the seme? Even if he is, how? There is barely any interaction between them. I hate it when a story with a good potential is all cramped in one chapter, make u go like WHUT?
Was this comment useful?  Yes

Oscar and Eugene <3
by gloomy_gloo
June 30th, 2010, 10:16pm
Rating: 8.3  / 10.0
Despite liking the main story, I like the chapter about Oscar and Eugene the most. I would've preferred to read more about them rather than the main couple, and I really wish that there were more chapters about them.

That said, the main story is a nice read; even though it's ordinary with its plot devices, it didn't feel too cliché to be boring or too over-the-top to be annoying. I like all the characters as well, but Eugene is my favorite character so I'm sad that there isn't more about him :/

Oh yeah, and I also wish that school!AU extra was longer XD

bishies
by xono
June 3rd, 2010, 8:29pm
Rating: 6.0  / 10.0
The main story is so-so. Crossdressing is not really my fav but it's okay. I root for the extra chapter between Oscar and Eugene. I wish it was longer or has more sequels. The art and story are more interesting between them. It's the little angst that probably captures me.

Well...
by boycrazy92393
February 2nd, 2010, 9:26pm
Rating: N/A
Not to much on the yaoi side (there were a couple scenes, but very very light and cut off), but the art was absolutely GORGEOUS!!! Razil was beatiful, in a hot "I want to jump your bones" "stare at the page for 15 seconds" kind of way. Recommended

Nothing new, but a good read.
by Nirhtuc
January 5th, 2010, 1:48am
Rating: N/A
Standard yaoi, but uncharacteristically modest on the smut side, but this was probably because the mangaka wanted to focus more on emotional romance. Taking one point off because I would have loved to have found out more about Oscar and Eugene.
Was this comment useful?  Yes