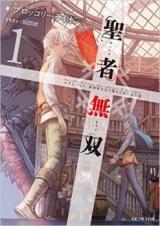 Never picks up, lost potential
by Wickian
July 3rd, 2017, 8:04pm
Rating: 6.0  / 10.0
I read the first 4 volumes, and all I can say is that it's good until you get bored of it. It doesn't get bad, but this novel is mostly a slice of life that just never picks up speed. It's like the author got onto a highway after the first few "leveling up" volumes, but then kept going at 25 MPH.

I like that there's no harem(so far), but that's about the only good thing to say about the MC. He's a passive idiot who goes through life like he's reading a walkthrough with absolutely no passion or the slightest bit of common sense. Even right at the start of his first dungeon crawl he was specifically told he can keep whatever he finds, but then gives everything away because his boss told him to. So frustrating.

Spoiler (mouse over to view)
What finally killed it for me was the whole slavery thing. He's basically a member of slave-trading organization and has absolutely no problem with that since I didn't read one negative opinion from him over it. Thousands(at least) of individuals were sold into the slavery in the starting town alone(the chapter said there were hundreds of pages of names) and he doesn't seem to care in the slightest beyond thinking, "Oh well, lets let the guy who did this keep a position of authority over small children and try to lower healing prices." It's okay though, the author said this slaver only ruined these thousands of lives because his own child was sold into slavery, so this somehow evens the scales enough for him to get off scot-free.
Was this comment useful?  Yes

The beginning was great, lots of surprising elements, some lol moments, decent story. The middle (of the current translation, basically around the Ienith arc) kind of went nowhere. It was pretty boring as nothing much happens. I feel like maybe the author had writer's block around here or something.
I semi fell asleep reading it. But later demon arc it starts getting awesome again! Hope it develops further.

The translation is also top notch, major props for that. I eagerly await more installments to come.
Was this comment useful?  Yes

With that stated above, our MC's new life and goal is to survive in the new world. Anything that have do with basic survival is the reason he pick his starting "job class" and "skills" as a "Healer".

Before I read this Web novel; when I read the comment that he "being pushed around like nothing by everyone", I though he was being bully or close to it like when a senior co-worker own work is dump on to our MC. This information was quiet misleading after I read the novel. To be exact his senior co-worker sometime tease him but mostly they train and teach our MC stuff he need to learn at a certain job he be doing, that friendly co-worker. The not so friendly co-worker or other people who dislike our MC due to different reasons, will not even talk to our MC at all (most of the time) and will probably try to scheme something to damage (position, life, etc) our MC in some what.

Any who our MC is healer (class) that heal but was train in the art of survival in the adventure guild and not in the healer guild. Our MC goal is really simple: survive and do what you can and not promise anything beyond your own ability. Our MC is an average Japaneses male with a mature mentality. Like any typical Japanese web novel reincarnation story, our MC will get stronger (physical and magical) and will continue to rise in his job (guild and class) position. And sooner or later he will destroy everyone comment sense around him. There your Like any typical Japanese web novel reincarnation story.

Harem: none so far, if I have to guess after reading 10 web volume and reading raw using google translated. Can happen but unlikely with how MC is and the female around him.
Romance: Hinted here and there from time to time but slow story progress so it hard to see. The romance is not just our MC but his ally as well. There seem to be at least 1 female that seem (hinted) "romance" interest (from a reader point of view) toward our MC but because she lack of experience in such thing as romance/love, she misjudge it as something else and don't go beyond that. (I hope this may change in the future chapters). MC ally where one or two of them become a couple. BTW our MC ally is worry about our MC youth or more like he wasting his youth (like not looking for romance or women), well they planning on cheering him up if he fail to date a women or got trick by (an evil) women.
Saving the world?: close to it; our MC due to his job (guild) and encountering many things, he was requested (by something which I will not state as spoiler) to solve. By solving this not so small problem, it will help and lessen the burden for the future "Hero" that is predicted to arrive in the future (50 year from now) to save the world. Our MC answer to these request is always do what he can and never make promise that beyond him.

All in all, Slow Story Progress but not a bad read. Can get mundane at time but not enough to lose interest. While our MC can be dull (character wise) at time because of the slow story progress, people around him are not. Try it and if you don't like the story then you can just put it down. If you like it continue reading then.

Nothing spectacular
by deathcoy
November 30th, 2016, 5:25pm
Rating: N/A
This novel kinda reminds me of "The Man Picked up by the Gods". Very simple, amateurish writing and a cliche narrative. Has more of a slice of life vibe to it with pretty slow story progression, feels like you're reading MC's diary, no solid goal nor direction. If you like "The Man Picked up by the Gods" or "Death March" then you'll probably like this.
Was this comment useful?  Yes

Even after getting stronger he still acts like a coward and he still gets stepped on by pretty much everyone.

Furthermore this is 100% going to become like all the other shitty harems + fantasy webnovels. There's basically no good reason to even touch it.
Was this comment useful?  Yes

boring but good.
by iQ50
April 30th, 2016, 8:13am
Rating: N/A
its kinda boring at first but its a good story, not mainstream op but typical game transported,
my only complaint is it has no love/romance whatsoever as of now. i don`t want those typical harem at least give the MC at least one romantic partner. or two but no harem. pls! harem op mc transported game type is booming like some virus released on a crowded area.
Was this comment useful?  Yes

(...)
by David9513
April 14th, 2016, 3:50pm
Rating: N/A
The story is annoying, dull and no tension. I really can't keep reading it, it isn't my kind of novel. It's my third attempt to read but once again it's boring. Because i didn't successfully read past the fourth chapter i won't give my rating to this novel.
Was this comment useful?  Yes