Latest Release(s)
c.1-15 by Webnovel about 1 year ago
Search for all releases of this series 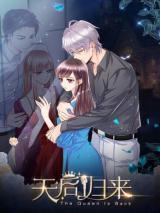 Pretty great
by theLettuceGarden04
February 12th, 2021, 4:11pm
Rating: N/A
Just be prepared for some soap opera antics here. You have bitchy love rivals, rich parents that hate your for some reason (a really stupid reason too smh), accidents, etc. The female lead I don't have a problem with. She's been through so much so I can really sympathise and understand her actions for the most part. I love her strong-willed attitude. People may perceive her as weak since she does get saved a lot, but dude, she has the worst luck (or best, depending on perspective). People will get frustrated with her since she pushes the ML away a lot. But it's seriously difficult to overcome what happened to her. She deserves all the happiness for sure. The ML is definitely better than her first lover, but man I definitely got pissed at him a few times. But at least he's persistent and doesn't give up, so I don't hate him, but actually like him for the most part. I'm concerned about the novel spoiler that someone commented though since where I reading now (end of season 1, chapter 200) he's giving her the freedom that she deserves. Looks like season 2 is another set melodrama incoming. What an unlucky gal.
Was this comment useful?  Yes

.......(dots are the best)
by DandelionLilyPetals
November 28th, 2019, 1:41pm
Rating: N/A
To be honest, kinda thought this was a manhwa first but it's actually a manhua. It's also a novel. But the story is great! I admire a fierce and confident woman who shows the world that she can fight a hundred million but she'll always be the winner. Now, let's talk about the story. I'm sorry but the only thing I'm mentioning here is her love interest, Li Lei, since that's the only thing I've got a problem with. Ye Xingling or Xia Ling (the protagonist) is an amazing woman so it's obvious that an equally amazing man would fall in love with her. They're both quite similar in personality. However, the only person that's stopping this lovely ship from sailing is the female lead herself, Ye Xingling. She feels and keeps telling herself that she's already exhausted with the idea of love and that Pei Ziheng, the dude she loved/hated in her past life, ruined everything for her. Though yas gurl, Pei Ziheng ruined everything, that's only in her past life, She needs to know that she's now Ye Xingling and not Xia Ling. New life means new everything. Li Lei keeps asking her for a chance but she keeps shooting it down. And yet, he still saves her in every situation and treats her well, hopes that one day, she'll turn and come to him. Overall, story is great but gotta fix that part cuz it makes me and other readers frustrated.