Login to add items to your list, keep track of your progress, and rate series!
Description
Heart warningly honest Cheng Fei Chi X A proud and an innocent Ye Qin, a youngster who doesn't think that relations are important. their love will never change! The fallen leaf belongs to the pond and I belong to you! 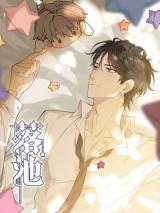 Painful but sweet
by Akisom
October 2nd, 2022, 6:50am
Rating: 10.0  / 10.0
This one is a bit slow, and the starting point is a mistake, this review has a bit of a spoiler, so read it if you don't mind.
Ye Qin, a rich, arrogant and short tempered teenager suspects his father is cheating at his mom and sends a "detective" to investigate it. At the same time, his friend Zhou Feng targets the top student of their school because the girl he likes is "in love" with him.
When the detective tells him his results it turns out that the "mistress" of his father is called Cheng Xin and has a son that studies at the same highschool than him: Cheng FeiChi, so without being honest with his friends he targets FeiChi on his "revenge".
Qin's friends are the same rich arrogant teenagers as him, so the idea of making fun of a poor top student gets them excited and suggest Qin to make FeiChi fall in love with him and then break his heart.
FeiChi is a troubled, kind and hardworking teen that keeps everyone around him apart because of unpleasant experiences growing up. He has a manipulative and suck mother that always had used him as a tool to catch his father's attention and fortune.

When Qin starts to pursue him at first believes it has to do with some rumors about his sexuality that made him transfer, but when he's convinced of Qin's feelings towards him he falls in love and decides to give it a shot and start a romantic relationship with Qin, even thinking about dropping his mother's ambitions for him of going to a prestigious university or a foreign country.
At the same time FeiChi's life is becoming hard, Qin's arrogance makes the truth come out as a bullet train breaking them apart and making Qin realize that he was truly in love with FeiChi, but now's too late because of the pain he caused...
Spoiler (mouse over to view)
FeiChi desperately decided to fall in his parents' plans for him and goes abroad to study.
Then Qin's life also turns around and makes him decide to become an idol to pay his father's debts.
They finally reunite 5 years later, and FeiChi's coldness and indifference about everything makes his heart ache...