Login to add items to your list, keep track of your progress, and rate series!
Description
Murdered by the man she loved.

Adeline Rotyn gave everything to her husband, Duke Venzak. That is, until he kills her one dark and stormy night.

Instead of dying, she finds herself transported years into the past.

Determined to make the most of her second chance at life, she vows to become stronger and escape her horrid fate.

Adeline was murdered by the man she loves, but regressed to the day of her marriage with him.
Now begins her twilight, so her death is not repeated. 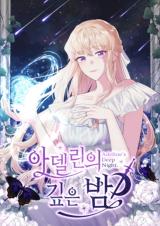 Not really sure how I feel about this one
by Orionthehunter
January 27th, 2023, 11:08am
Rating: N/A
The Fl is basically taking credit for things the real prophet would've done in the future. Obviously, I don't wish for her to remain the same as before, but she comes off as a fraud.
Was this comment useful?  Yes