Login to add items to your list, keep track of your progress, and rate series!
Description
"There's no place I can't reach."

Moon Se-han and Shin Cha-on, childhood friends.
They were two people who lived together without a secret when they were young, but at some point, Cha-on feels that Se-han's view of him is changing.
Cha-on tries to stay away from Se-han to hide his secret.
But Se-han approaches Cha-on more secretly and deliberately...

Two childhood friends living double life's without the other knowing, what will proceed with this friendship? 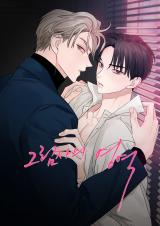 
Category Recommendations
Living with Him
Haikyu!! dj - Owari no 3-gatsu de Kimi o Matsu
My Roommate Is a Zombie
Hayase, Sakini Ikutteyo
The Warmth of Your Heartbeat