Login to add items to your list, keep track of your progress, and rate series!
Description
Akiyoshi Wataru is your average student. He attends cram school, hangs out with his friends and does what boys his age do: Go after girls. One day a particular girl, Iwashita Ayane, catches his attention in cram school, because of her red fingernail. Later in town he sees a familiar girl and follows her. But the girl enters an image club. A brothel that specializes on cosplay. What's more, one of the girls working there goes by the name of "Ayane". What does that mean? And what will Wataru do? 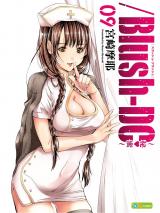 Note: You must be logged in to update information on this page.
Forum Posts Click to view the forum
any sign of a volume 5?
over 6 years ago

..........This Author Man
by SSJR2
October 20th, 2015, 8:42am
Rating: 4.0  / 10.0
Damn i really like this authors art style so thats why i give most of her series a chance but most of the ones ive read a pretty messed up. I mean this one isnt that bad cause even though theres some NTR with the Main lead and Heroine, i didnt feel like he was with her at all yet (considering what she does). So yea that wasnt too bad to stomach especially since he had a hot child hood friend to fall back to. That being said:
Spoiler (mouse over to view)
I dont know what the hell is wrong with this author, does she have a fetish for Raping childhood friends?! WTF??! once again like Holy Knight (her other series) The childhood friend gets raped by a douche-bag (and one that looks similar to the one in holy night too). That and the MC are the biggest issues with this manga and most of her series. Theres always a pathetic MC thats completely useless and is only used as the person to get NTR-ed by the heroine or someone. Then theres a childhood friend who actually loves the MC that gets raped by another guy??? This author makes it difficult to enjoy anything in her manga besides the art.Im not trying to be biased but i feel like since this author doesnt understand the guys perspective much. I think she herself has some fetish were an attractive guy dominates her and puts it in this manga like we all like to see that. I mean its funny how all the guys who are doing the NTR to the MC are way better then the MC overall. Why not just pick that person as the MC versus some pathetic dude that just gets NTRed on
Pretty much the only series i actually somewhat enjoy of hers is "Minimum" now and its just barely.

a little spoiler
by CrossRyuu
September 26th, 2015, 10:22am
Rating: 6.0  / 10.0
Spoiler (mouse over to view)
on volume four ayane will choose the other guy instead of the MC cause she owes him a lot of money and the gf will get preggy with another guy(the ex)
even though its going to the wrong direction the story is kinda unique you just gotta deal with the MINDFUCKING NTR other than that this is good

The protagonist's accidental discovery of her occupation and the gradual discovery of the tortured soul and true personality beneath the two masks sets up the premise for the story.

The reader sees and knows more than the boy, but neither gets a clear picture. She seems less than willing at times, likely coerced or cornered into the situation, maybe even outright forced into sexual slavery, but there is much mystery surrounding the circumstances of her present and her past.

Very skillful, subtle depictions of dehumanization and trauma. LOTS OF IT. And just the way it tends to look in reality, no less.

The author takes us on a roller coaster ride of conflicting emotions - through pity, disgust, extreme arousal despite, sympathy, hatred, infatuation, confusion, and back again - a couple steps ahead of our rather daft and naive protagonists, but closely following his own.

WARNING: ***BEYOND GRAPHIC***. hardcore sex, physical abuse and emotional anguish scenes abound, and, worse yet, are skillfully built to evoke strong emotional reactions mirroring the protagonist's towards the tragic heroine. The effect? Front seat, first person view, 3D FullHD-grade impact. Which also means that, unlike shallow cartoonish fantasies about technically far more twisted stuff, this one packs A LOT more punch... this one's graphic not just because of the acts shown or even the realistic artstyle and low degree censorship, but because it's believable and emotionally fleshed out. And the author is in complete control of your reaction and will decide for you when you'll be aroused, and when you'll be disgusted by just having been aroused, and when a sudden burst of sympathy or gentle cuteness will overwhelm even those powerful, lingering emotions.

PS if you're thinking something to the lines of "no worries about this one - just read a hentai where a guy has to watch his mom or girlfriend get raped by a school class or a baseball team - and didn't even bat an eyelash there"... YOU'RE LIKELY IN FOR A SHOCK. This one *aims* to traumatize. And, through extremely realistic settings, believable characters, and no-nonsense emotional attachments to them skillfully woven by the author, it does so far more successfully than any over-the-top megatwisted zoophiliac cannibalistic loli-ero-guro - or whatever you yesterday thought was the disturbing stuff in the H genre.

Depressing
by jeffreymgibson
April 4th, 2013, 11:50am
Rating: N/A
its a bit troubling watching a girl with good potentail slowly go downhill further and futher with each chapter. If the male protaganist had a brain he would stay far away from her and stick with the girl that truly cares for him.
Was this comment useful?  Yes

Interesting...
by supersaiyandoyle
January 25th, 2013, 9:41pm
Rating: 10.0  / 10.0
This series is an H version of the regular /Blush by the same author, and up until the second volume it has the same plot. If you don't mind smut, give it a go, and see the world of Japanese Prostitution.