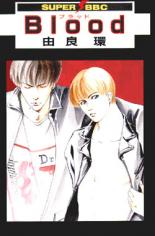 good manga you should try
by LouEngine
January 26th, 2014, 7:53pm
Rating: 9.0  / 10.0
the art is not the best but if you don't mind, you should try this manga.
the first time I read it, I stopped reading at chapter 2 because the plot was not interesting to me, I'm glad I read it again and finished it. The plot is actually very good, all the characters are not bad, everyone have their own roles, it's not just about 2 guys in love.
personally, I think Vinny is the best, the most lovable character, I wish to know more about his struggle to accept his little brother
Was this comment useful?  Yes

Reality
by undernight
March 6th, 2013, 8:45am
Rating: 10.0  / 10.0
well I agree that it needed to be longer.. but still, this was a rarely beautiful manga. The moments, psychological situations of the characters, were all defined very realistically. The sharp moments and the mangaka's way of describing them catches you thightly and gives a pain right through your chest.. at least this happened to me at the scenes where the tension was high.. x.x Very deep. I'm glad it ended this way too.. +recommended for the people who looks for a yaoi manga without lovey-dovey stuff.
Spoiler (mouse over to view)
still, can't help but want to see vinnyXkyle, though =)
Was this comment useful?  Yes

This is good.
by varianthart
June 24th, 2011, 8:30pm
Rating: 8.0  / 10.0
I also wish this had been longer. It really felt like it could have been! That said, it was very good. Sad, but not soul crushingly depressing like some tragedies. Definitely suggest this for a quick, un-fluffy read.
Was this comment useful?  Yes

Excellent
by Sasageru
June 9th, 2011, 7:46am
Rating: 9.0  / 10.0
Don't just go by the synopsis - i almost skipped this because the synopsis put me off a bit, all i could foresee was doom and gloom. But nope, it has many elements which make this a great read. First of all, it has all the angst and grit you'd expect from this sort of story, but that contrasts lovely with the relationship between kyle and dean. This story is also quite detailed and intricate at times despite its relatively short length. I like how clearly defined the characters become within the allotted time - they develop a surprisingly large amount of individuality and depth in such a short time. I really enjoyed this story, despite some of its darker themes.

Spoiler (mouse over to view)
One of the few yaoi that has managed to make me cry.
Was this comment useful?  Yes

Great but short
by LadyAOI
January 1st, 2011, 8:34am
Rating: 9.0  / 10.0
just when I was settling in for a long series it's over ={...it had all the makings of a long series...I was really starting to get into this story it might be a common storyline but it felt different to me- more intense maybe because of the art it just brings emotions to life...I though there would a long back story about how certain characters got together....there was a short explanation but it certainly could have been longer...geez i guess I'm saying I really liked it but there NEEDED TO BE MORE!!!!
Was this comment useful?  Yes