From Population GO:
Inuyashiki has a family, a wife and two kids, none of which care about him. When he learns that he has only three months to live he realizes that the only one who will miss him is his dog. Shortly after this realization he is killed in a crash landing by aliens. He is rebuilt by them as a machine with a human exterior. How will his life change now that he isn't human? 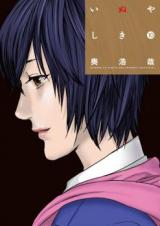 Note: You must be logged in to update information on this page.
Forum Posts Click to view the forum
Inuyashiki Ends in Volume 10
over 5 years ago
Inu Yashiki Gets TV Anime and Live-Action Film Adaptation
over 6 years ago
Note About Xpunkcion
over 7 years ago
Hiroya Oku's Inuyashiki Manga Planned for 10 Volumes
over 7 years ago

Decent characters design with semi-decent development
by LUEser
November 17th, 2020, 1:36am
Rating: 7.0  / 10.0
I think it's very cliche that Inuyashiki felt alive by saving people while Shishigami felt alive by killing people which is an extremely unoriginal concept. By creating this yin/yang good-guy-bad-guy concept straight from the beginning, it is then established who would be the hero and who would be the villain with no character development. Their backstories contradict with who they are because of this concept: Inuyashiki gained courage to do what is right by helping people yet he was ignored by most of his family and peers. Shishigami was not a complete psycho case; his divorced mother deeply loves him, his divorced father keeps in touch with him, and he has a very best friend whom he naturally confides in. However, he is the main antagonist. The question is: why did he kill to feel alive? Despite all of these questions that arise, the characters are still lovable and not entirely a lost cause. I understand that Inuyashiki is trying to live the life of courage and hopes to pass this trait to his son while I feel Shishigami understood the consequences of his actions when his mother took the fall (and yet he continued to kill, but that's beside the point I'm trying to make).

The plots do not tie to each other because transitions to each new "problem" are choppy.
Spoiler (mouse over to view)
First: saving families and reviving people, second: yakuza, third: Shishigami, and fourth: the meteor.
In fact, it serves as a character development for Inuyashiki who, compared to Shishigami, proves that the elderly are still slow with technology. Even with this, I thought it was still tolerable to read more about an old man who is hopeful of a kind world. The ending is very sudden and not well thought out, BUT the gesture of self-sacrifice is deeply moving.

Overall, I felt that OKU Hiroya's artistic style is the perfect level of "normalcy" heightened with sci-fi. His ability to portray the value of emotions on different levels is very satisfying. I especially appreciate his presentation of kindness in each character, including Shishigami and the snobby Mari, which I felt was very close to genuine human kindness.

Shirtless and shoeless old man bust into room starts beating his enemies half to death
by Catfisharbiter
March 21st, 2019, 1:56pm
Rating: 10.0  / 10.0
So does this have a good plot? maybe it would have if the ending wasn't rushed but sadly no... Then why a 10 because you just don't know how much you needed it untill you see an old man beating ass.im being entirely serious you could remove every single from this manga and it would be equally as good.
Was this comment useful?  Yes

a series with too much padding
by red-eyed-slayer
December 18th, 2018, 1:31pm
Rating: 5.5  / 10.0
I feel like the concepts is cool and the feel of superheroes is there and sometimes I think hey that's pretty cool. If I'm honest the first volume is pretty good, second volume had problems but still sort of interesting and the third volume starts to do pointless arcs that focuses on one shot characters that have no big pay off and having way too much screentime more than necessary, one was the yakuza arc, a dying person emphasise for a chapter for no robust reason other than to demonstrate the main characters powers and also a passenger that had screentime for 3 chapters that had no real point.

Even after volume 3 finished its arc I still felt that Oku is good at drawing and paneling in a way that's fast and extremely easy to read as he loves his double pages he's just not good at writing, as he doesn't focus on story content per chapter but emphasise on art instead example being a character getting shot for 20 pages, planes crashing for 20 pages that kind of example.

Also another problem I have with the series is the main antagonist, the reasoning and the story arc for him felt extremely weak and also contrived that even the explanation for his action wasn't convincing and mention that he didn't want to do the opposite is due to it being a hustle, but the antagonist current action is more of a hassle so it didn't make strong sense to me.

Overall if you are a fan of Oku's style of paneling and art design you will likely enjoy this series. Also I truly like some of the powers such as the finger gun i dunno if i find it absurd or cool or both honestly, that's one way to enjoy this series is by seeing as senseless fun and I can really understand as seeing the powers can be enjoyable just don't expect robust writing.

avatarRotten
Rating: 1.0 / 10.0
by PZcolo
September 25th, 2017, 3:17am
It started great, an old man that gets a second chance and tries hard to prove he's still human by saving people. Unfortunately the author soon shows his true vocation, depicting wickedness and suffering, you get 3 or 4 chapters of guys killing for no reason, raping, destroying others happiness and so on for every one short intermission where the MC actually saves someone.
Not my thing, I don't mind some gore and depravity but this manga is too much for no reason.

My thoughts exactly, I accidentally recommended this to somebody else after the first or second chapter in hopes of enjoying it together. I couldn't unsend, regret my actions quickly enough. Senseless rape and carnage added as if they were sick perverted panty-shot services.
Was this comment useful?  Yes

Rotten
by PZcolo
September 25th, 2017, 3:17am
Rating: 1.0  / 10.0
It started great, an old man that gets a second chance and tries hard to prove he's still human by saving people. Unfortunately the author soon shows his true vocation, depicting wickedness and suffering, you get 3 or 4 chapters of guys killing for no reason, raping, destroying others happiness and so on for every one short intermission where the MC actually saves someone.
Not my thing, I don't mind some gore and depravity but this manga is too much for no reason.
Was this comment useful?  Yes

It's worth it for now
by JapanRocks
April 26th, 2016, 6:55am
Rating: N/A
I like this manga but I'll hold off on a proper rating until it's done. It's the type of story where the ending can give it either a "skip it" or "hit it" rating.
Why? Cause it started off really REALLY strongly, with a unique story and protagonist but now it's just kind of petering off into a weekly grind. The plot isn't making any significant progress, the supposed main character goes missing for huge gaps of chapters and the mangaka is focusing way too much on the very unlikable antagonist.

The quality downgrade started around that time. Usually, writers show the antagonist's POV to give some basis for their evil deeds, maybe even squeeze out some sympathy points for an otherwise unlikable enemy before killing them off.
However in this case, it just showed the readers that the enemy that we previously thought had no emotions IS capable of feeling compassion and sympathy, but is mass murdering people anyways.
He starts off killing indiscriminately and ends off killing indiscriminately. In order words, the last 20 chapters from this review date were...completely pointless.

Uneven pacing.
by MondSemmel
March 27th, 2016, 8:30am
Rating: 7.5  / 10.0
A manga about the trope of humans turned into superhuman robots, and the question of whether they'll use their power for good or ill.

The action scenes are pretty impressive, and there's tons of carnage to see. The heroism is also neat. For once, powers like the ability to heal are actually used to save lots of people, rather than only, say, the protagonist's friends. But besides the gore and the brutaility, I would not consider this story in any sense "mature". It's closer to an action B movie.

Downsides: the pacing is all over the place. For instance, the protagonist has been looking for the villain for 20-25 chapters without making any progress. I also feel like one could *easily* cut at least 30% panels from each chapter without losing anything. This is the manga equivalent of a rambling author sorely in need of an editor.
Finally, the mangaka's characteristic computer-drawn art (you may be familiar with it from the manga Gantz) can sometimes look really artificial or cheap.

Overall, this manga is a quick read, with plenty of action, but hardly any food for thought. Like junk food, there's a time and place for this kind of manga, but it's ultimately forgettable

Never ceases to impress
by butako chan
February 18th, 2016, 1:23am
Rating: 8.0  / 10.0
This manga has such a realistic and expressive drawing style that it is a pleasure to look at his works. In addition to the visuals, his characters are deep and exhibit growth throughout the series. The most unique point which many other comments have pointed out is the main protagonist being an old man. Although it can be off-putting at first, seeing the contrast between the poor home life and rich "work" life the old man has is so intriguing. Different characters have valid reasons for what they're doing despite being on different sides. The story isn't anything really special at the moment. It has stuck to the similar theme of alien from outer space giving a select few humans power. It can be predictable at times, the distant future of the manga is far from that and I look forward to coming updates.
Was this comment useful?  Yes

I am a fan of the protagonist!
by chaechaeboi
February 4th, 2016, 10:16pm
Rating: N/A
The main character is a frail looking old man with a heart of gold. He will go out of his way to save people and it is very awesome. This manga is a real page turner for me because it makes me want to know what happens next.
Was this comment useful?  Yes

Growth potential is great in this one
by vilzudai
November 24th, 2015, 4:31am
Rating: N/A
After Gantz ended, wasn't sure when the mangaka would come back with something good.. This does not disappoint. The character growth is impressive and I think with different plot twists (not that hard to guess though) there will be some cool progressions.
At first I thought the old and young men would become angel/devil like figures in the world. At chap 45 it isn't that easy anymore. This series has some really good growth potential because of this.
Definetely would recommend reading this, if the Gantz-style art digs and you like a sci-fi modern day setting, where good and evil become rather relative subjects.
Was this comment useful?  Yes