Login to add items to your list, keep track of your progress, and rate series!
Description
The story follows a girl named Mame, whose family runs a public bath. She has held on to feelings of unrequited love for her childhood friend for twenty years. 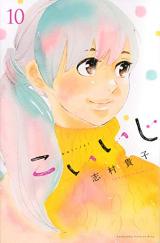 
Category Recommendations
Shh, the Baby Is Sleeping
Himawari (ISHIHARA Satoru)
Yajirobee
Papa no Suki na Hito
It's Not Like I Don't Want To Love

Slice of life
by theabbster1
October 29th, 2018, 8:52pm
Rating: N/A
I also get an airy quality from this manga that I enjoy. I am having trouble understanding why she has loved him for so long, but I suppose the heart wants what it wants. It is hard to see her struggle like this because she is a nice girl...
Was this comment useful?  Yes

I don't...know
by Himeowchama
March 22nd, 2017, 10:34am
Rating: 9.0  / 10.0
Spoiler (mouse over to view)
As much as I want to ignore this manga, I just can't hate it. While it does have a slice of life genre of the manga, it kind of releases tension with the home-y/peaceful art (hope u guys get what I mean). It kinda depicts the reality of a one-sided love: IT DOES NOT STOP THERE. It doesn't stop the moment he gets a girlfriend. It doesn't stop the moment his girlfriend gets pregnant. It doesn't stop the moment they got married. The suffering, sacrifice, etc doesn't stop until you yourself will release your feelings. As for the protagonist, maybe it stopped for a while, UNTIL his wife died. She may have let go of her feelings because of Haru. And now that Haru is gone, her reason to discontinue her feelings is gone too.
Was this comment useful?  Yes

It's a rare gem of a weaving that Shimura-sensei's been able to so acutely capture and express in a few simple pages of Mame's silent yearning that is reminiscent (to me) of the likes of 'Udon no Onna'//'Kakukaku Shikajika'//'Otoko no Isshou' or even Okazaki Mari's '&'.

If it were music, it would be Shura & Haitus' early 'We Can Be Ghosts Now'/'Cloud City', or closer to home, Spangle Call Lillie Line's 'dreamer'. While I'm at it, I'm gonna throw in a few other names--Toe's 'Goodbye' with Toki Asako or even their other piece- 'New Sentimentality'.

Bottom line, it's brilliant. Reading it, I found myself crying for Mame, although I'll admit, I've never really held a crush/infatuation for long, my maximum having ever been 4 years as a kid for a celeb.

However, the story just resonated -- far too beautifully and painfully, in fact, that's made me even stronger in my convictions of my goals. I'll be keeping an eye out for this one to hit the stores. <3

I Love This Series
by Polka-Dotted-Yoshi
February 26th, 2016, 7:37pm
Rating: 9.0  / 10.0
As much as people seem to hate it, unrequited love is much, much more common than we'd all like it to be. While I'm not sure if I want Mame to end up with "Sou-chan" (as I want her to find her own happiness), I really do want to see how her story plays out. Hey, even if she does end up with Sou-chan, I'd be happy for her because those years of her life didn't go to waste on him. Regardless, Takako Shimura has a very airy feel to her stories and I absolutely love that.

As a small note, being someone who grew up in a small town (or rather, "community"), this story carries a very nostalgic feel for me. I personally see this manga as a realistic story with fairly realistic relationships because of that.

As ANOTHER small note, I added the tags "Tall Male Lead" and "Tall Female Lead" because it states Mame's height at 170 cm [which is tall for Japanese standards] on ~p. 14, not including the page inserts.