Login to add items to your list, keep track of your progress, and rate series!
Description
In a faded little rural town, Kaworu lazily lives out his days. Until the day his destiny strikes, and he meets an angel. Just moments later, they quickly take off... Together, away from this reality! 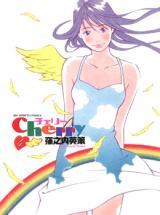 typical ok story with rushed ending
by cloakedshield
September 26th, 2009, 2:51am
Rating: N/A
maybe because I hate these kinda of stories, kinda lame imo. major spoilers >.>
Spoiler (highlight to view)
Well since this manga doesn't use hard kanjis I went a head and finished it, basically from start to end that girl is literally an angelic being this is not really revealed until the last chapter and all the 4 volumes except for last 10 pages is just an illusion.
Was this comment useful?  Yes

One Of The Best
by Sakurabou
September 15th, 2009, 6:43am
Rating: 10.0  / 10.0
Words can't describe the thrill that it's being for me reading this gem. I've become a huge Kubonouchi Eisaku fan since I fell in love with this funny, smart story of two teenage lovers having hard times in Tokyo. It's one of the best mangas I've ever read, because I started to care so much about the characters.

Kubonouchi is one of the best mangakas of these days - wonderful art with great characters in a ridiculously enjoyable plot.

I would like to thank AnimeWaves for the wonderful job, and I'd like to ask them to keep up with the great scanlation work, cause Cherry deserves to be finished.

I LOVE THIS
by dark mage
September 5th, 2009, 1:49am
Rating: 10.0  / 10.0
I really love it soo far. This story is very sweet and is about tw people who start off their lives in a big city with nothing but their love for each other. Like someone else mentioned, its been a while since I have read a sweet manga like this which isn't full of ecchi. Animewaves is really doing an admirable job on this manga and I want to thank them and make a humble request that they might bring out the chapters a little faster but I m not complaing or anything, its just a request.
Was this comment useful?  Yes

Not bad
by ajmanga
June 18th, 2008, 7:59pm
Rating: 8.0  / 10.0
Not much has been scanned but it has potential.
Kaworu is a country bumpkin living in the middle of nowhere with nothing to do. But the rarely seen, sheltered daughter of the richest man in the small town confesses to Kaworu that she likes him. But then she says her father's arranged a political marriage for her with the mayor's ugly son. Kaworu snatches her away from her wedding and they elope to Tokyo.
Volume one is just the beginning of their adventure though. I won't judge how well the story or characters are developing just yet. I'll need to read more of it when Volume 2 is scanned. Hope someone picks it up.

Shows a lot of promise
by Kevadu
September 26th, 2007, 2:11pm
Rating: 9.0  / 10.0
This manga is what a good seinen romance story should be: At times quirky and amusing, yet also deep and introspective. This is nothing like typical shallow, fan-servicy shounen or bubbly, unrealistic shoujo. You can really feel and identify with the thoughts and emotions the main character is going through as he stuggles to make sense out of his life. From what I've read so far the other characters aren't as well-developed, but on the other hand I have only read 3 chapters so it is a bit early to be criticizing.

Since I have only read so little of the story I have trouble recommending it unconditionally, but it certainly looks very promising. Seinen fans take note.