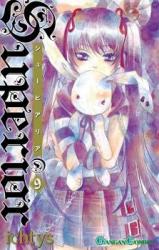 Poor execution
by Shellshock
May 29th, 2020, 7:50am
Rating: 6.0  / 10.0
So i finished Superior and all i can say that it was unimpressive. The series has good worldbuilding. how the author uses episodic chapters to enrich the world was well done. but sadly thats seems to be the author's only decent point. The story is that the MMC who is the Hero needs to kill the leader of monsters who is the FMC. Unknown the MMC is that the FMC is some human looking monster and since he doesn't know her apperance but the FMC knows him she tags along just for fun. Along the way she falls in love with him however whilst the MMC slowly gains feelings for her as well. Here's the catch though. The MMC doesn't want to kill anybody and believes that monsters and humans coexist. The story really starts however at the start of the 3rd volume when the author gets the party together. The Monster lord, the Hero, and the hero's 2 companions. The romance personally was poorly done. It could've been a great Love square with funny banter but the author never properly utilizes its potential. The action also is pretty mundane. There were some good moments though. I think the series was strongest was when the hero was trying to convince other characters that he can't kill and they can live in peace. I liked that part but again the execution is just poor. The execution is really the main reason this series suffers. Its just great ideas but poor execution all around. The author doesn't explain how people get from point A to Point B. we are just supposed accept that this is happening right now. The author also does a shit job of trying to give other characters heart. Giving a flashback on there death bed when they were just introduced doesn't work. It never did no matter how many times the author used it. It helped with the world building but again was poorly executed. The author also drags on this pointless backstories with far too little engaging moments. Overall i liked the concept but the execution just pulls the series down so much. Some decent moments though
Was this comment useful?  Yes

Tries to hard for the "cool"factor
by sakirol
March 21st, 2016, 11:33am
Rating: 6.0  / 10.0
The art is quite nice. I really liked the character designs. But the characters fall short, and as a result, the story also falls short due to its dependency on the characters. The characters are too distant or suave. It feels like the mangaka is trying too hard to incite a "woah bro, this is deep" feeling, but there is nothing original about how the characters feel, so it just comes out flat.

So far disappointing
by PZcolo
July 11th, 2015, 2:17pm
Rating: 6.0  / 10.0
Boring and naive. In 90% of the cases I hate the concept of "don't kill whatever the cost", it's usually used in a very childish and shallow manner, like here. Got to agree with asmageddon, this just didn't feel "real" in any layer (just consider in 1 chapter alone the demon lord goes from killing half of humanity to never killing again... that's char development... likewise, other chars change like pancakes after 1 talk or event, I find it lame) so yeah it is a bit of a disappointment and with so much interesting manga out there I'm dropping this for now after finishing vol2, thou I do hope to pick it up again sometime.

Spoiler (mouse over to view)
jumps straight to the point right from the start. The hero comes to slay he demon lord. She though falls for him so easily... And they go on different adventures. Some chapters are hard to get through because of how wordy and lengthy the chapters are. It took me by suprised.. Cause everytime I thought I was getting bored with the story. They found a new way some how to keep it interesting. It ends with a mini battle and questions as to what is going to happen next
Was this comment useful?  Yes

Weaknesses outweigh the strengths
by MangaGhost
June 29th, 2014, 1:34am
Rating: 5.0  / 10.0
Premise is kind of funny and some of the comedy works. However, there isn't a real good balance between comedy and drama. All these people that have had to endure cruelty and harsh lives is sometimes handled flippantly. The author also doesn't know the difference between showing and telling. Its quite annoying when we are hit over the head with another rushed explanation of a new characters tragic background. The romance part though is cute and works for me. Some of the character designs are nice like Maou-sama (the Demon Lord). I also like some of the cover art. The dialogue has a shoujo-esque quality at times. Plus it unfortunately gets progressively dumber and childish as the series goes along. So some decent art, a funny premise and crappy storytelling ends up making this really mediocre which is unfortunate.
Was this comment useful?  Yes

Be prepared
by Silvergoku
June 17th, 2014, 9:49pm
Rating: 8.0  / 10.0
Manga starts off good, keeps you hooked, interested and the comedy is very good. Don't judge a manga by comments alone, read the first volume and decide for yourself because I found the manga better than what the comments said. My only warning which isn't a warning is the first series of Superior ends like in the middle of the series, and continues into the second series of Superior which is completely scanlated. It is not much of a warning but in reality both series were suppose to be 1 series but it was split for some reason. Recommended for people who enjoy action, comedy and romance.
Was this comment useful?  Yes

AMAZING
by shmanga123
August 13th, 2013, 2:51am
Rating: N/A
At first i was surprised as compared to the historical manga ive read superior was unoque the build up was amazig though it dragged on a tiny bit i honestly loved this manga cant wait till i find another manga like it

the art was fantastic i would say this manga is UNDERATED. How the characters emotion builds uup and the confusion LOVED this manga
Was this comment useful?  Yes

In the top five
by Ariaofthesong
August 6th, 2013, 11:14pm
Rating: N/A
Superior is one of my top five favorite manga in the whole wide world. Why? Because the art is beautiful, the plot is intriguing, and the characters are cool as hell. It is a great manga, just give it a chance. Yes, the beginning is a little rocky and the ideals of the Hero are cliche. He has his reasons, don't just think that he wont kill because he's an average shounen hero. You can identify with all the characters, even the ones that come into play later. You can even relate to the poor walking head grandpa. And the artwork is beautiful and elegant (as it progresses) and you are instantly drawn in.

While there are several problems, I find that they are so insignificant that it is possible to just read it and enjoy it.

Oh, for anyone that wants to know (in no specific order) my faves, here

I really liked the art style and the characters, as sappy as they are sometimes. The plot overall is pretty straightforward to the point that whatever vague idea you have of the ending (besides a "plot twist" or two) is probably quite accurate. I'm a little surprised by how highly rated it is, but if you want some fantasy adventure cliche because you love some aspects of fantasy but don't have enough time to read lots of them (like me), then Superior is a pretty good option.

This is just my try on putting my opinion out there. Whether it's a good thing or a bad thing, this series compelled me to type out a comment, so it's definitely "something." It's not a 1, but it's not a 10 either, and I think some people who commented are really invested in only a few aspects and only raging or fangirling about those parts. Like most things, it's not just "love it or hate it." Only the reader can form his or her own opinion, and I just hope that I cleared up some misconceptions about Superior.
Was this comment useful?  Yes