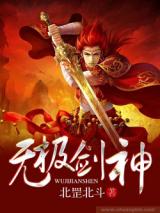 Rape ahead guys
by orario
April 12th, 2016, 1:16am
Rating: 1.0  / 10.0
I feel like you need to he spoiled about this thing: those who enjoy reading rape scenes will not mind being informed of this and those who like me detest them will know from the beginning not to touch this piece of shit of a novel.

It seemed like a decent read for the first 60 chapters or so but then.... there are many things I can "swallow" at MCs but rape is not one of them
Was this comment useful?  Yes

drama (story) too excessive and feels realy forced, which cause too many plot holes on story
by fact12345
April 8th, 2016, 12:12am
Rating: 4.0  / 10.0
alright i honeslty disapointed with this novel, this novel did not bring something new or unique, and just doing the same things all over again.

the big drawback of the novel :

1. main character personality really twisted and lacking commong sense ( i dont understand that the main character already have 2 lives but why the personality its not strive for the better?), with this twisted personality character which caused too many drama in story and making the story really bad with too many exagerated luck

(honestly from what i read at this novel, the main character have good information which make him know some excessive skill that caused his power defied common sense but he is lacking brain to sense the situation, which make the story have too many miracle / luck for saving the main character which create a novel that cannot be justified with some common sense, it makes the story more looks like really artificial and not natural.)

2. the cultivitation its simple and nothing unique about it

Note :
i already read until chapter 93 and at the last chapter its blow me up ( did the main character which steal "heavenly crystal" doesn't know that he already got tailed from the fox lady information? ) and his cunning character with his mouth? sory.. but the cunning character feel really artificial since how the main character good with his mouth and know how to act,.. but doesnt know that he already getting tailed even after the fox lady already informed him before.

the combat? its not bad but it just more lacking depth of the combat since its already involved too many assasination ...sigh!! ( i even remember the combat almost similar to "transcending the nine heaven")

conclusion : the story and main character personality feels really forced (just for the sake of EXTRA DRAMA, it feels like "transcending of the nine heaven story" but with bad main character) and because of that its makes the novel have too many PLOT HOLES ON STORY,... and the combat? its feels too many assasination already (almost similar to "transcending the nine heaven combat")

Good story
by MondoX
March 2nd, 2016, 7:18pm
Rating: 7.0  / 10.0
It is a good series, and I hope chapters are translated quicker. My biggest problem is the MC's mom, because she is a worthless, horrible human being.
Spoiler (mouse over to view)
*The MC's mom treats the MC like he never existed for about 18 years, add 15 years because his soul went back in time that many years. Except for Qing'Er, nobody else was by his beside when it was taught that he was dead. When the MC's dad passed away, she did not give him a funeral, instead she set-up a wedding after her husband died. The mom treats her nieces, nephews and possible step-children better than the MC in front of his face. Then, once the MC becomes stronger, his mom starts paying attention to him and he forgives her quite easily, whit some bs that she had her reasons. Blood is thicker than water, but it should go both ways.*
Was this comment useful?  Yes

I lovin it (Another reincarnation tale )
by d.end
December 18th, 2015, 3:32am
Rating: 8.0  / 10.0
This MC got one priority mission save QING ER from death. The second seek strength and power against his clan and other sect. So, the story really awesome. Already read the latest chapter. I really love the details what he learn to become strong. I hope the translator don't stop keep pumping. I also thank you Soaring Translation translate this series.
Was this comment useful?  Yes

Alright, so here is the review. Basically, this is similar to a lot of reincarnation stories, except the protagonist does not go back to a baby. Personally, I feel this is great, since I don't really care about the childhood (ages 0-13) since it just builds the personality of the protagonist, but does not create a real plot. This light novel is similar to many other wuxia and xianxia novels, where there is a lot of cultivation training, martials arts, spirit beast, sects and so forth. If you like those stuff, give this light novel a try. In addition, this is a revenge driven (from start anyways) light novel, so pretty simple focus. (other than getting stronger) Lastly, like many of the wuxia and xianxia novels, it focuses mainly on the protagonist (like 75%) and puts everything else on the other characters. Meaning that if you don't like the protagonist, you will not like the story. This review might change as I finish more chapters.