Login to add items to your list, keep track of your progress, and rate series!
Description
“Ever since I was a little girl, I’ve been infatuated with the “other side”; the world of splendor. Yes, I wanted to become one of those glittering stars. And so, my dream has come true. But now…All I want is to be beloved by someone.”

When she was young, Yukino Miyashita wanted, more than anything else to become an idol. After accomplishing her dream, however, the idol group she was part of failed to sell, and she returned to school, facing alienation from her peers. Now, at age 18, Yukino is living alone in Tokyo, half-heartedly trying to start a new life as a talent manager, w... More...
“Ever since I was a little girl, I’ve been infatuated with the “other side”; the world of splendor. Yes, I wanted to become one of those glittering stars. And so, my dream has come true. But now…All I want is to be beloved by someone.”

When she was young, Yukino Miyashita wanted, more than anything else to become an idol. After accomplishing her dream, however, the idol group she was part of failed to sell, and she returned to school, facing alienation from her peers. Now, at age 18, Yukino is living alone in Tokyo, half-heartedly trying to start a new life as a talent manager, while not quite able to put her idol days behind her. She meets Setsuko, a songwriter who also once belonged to a failed idol group. The romance sparked by her encounter with Setsuko causes Yukino to reevaluate her own life. Less... 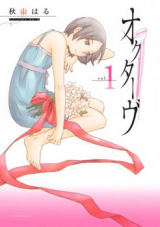 Smooth Sailing
by riko_dewayne
September 21st, 2021, 5:17am
Rating: 8.0  / 10.0
There's not so much about the other main character.
There are no serious and lengthy conflicts.
It's mostly smooth sailing.
Good for starter.
Was this comment useful?  Yes

A Heartfelt Tale
by plotrobert
November 9th, 2016, 7:05pm
Rating: 9.5  / 10.0
While this is not my favorite Yuri story out there, (that honor goes to Poor Poor Lips ultimately) I do consider this the "best" Yuri series I've read. It was moving, the characters felt real (not like crazy anime characters, actual people) and the romance felt honest and earned. Our main couple have some hurdles they need to overcome, and they mess up a few times along the way but the drama doesn't feel artificial or forced. Sometimes people need to work out their problems to get closer.

Some minor issues are present here, like others have mentioned. The ending could be just a little more fleshed out, it does end just a bit abruptly to the point where you wish there would be a bonus epilogue chapter. Then there's the main character, most of the story she's fine but there's a couple times where she acts so dumb you just wanna slap her. I understand WHY she does what she does but it might make you mad

Neither of those things should stop you from reading this. It has a lot of heart and doesn't get overly cutesy like other yuri stories tend to do. Don't come into this story expecting your usual shoujo-ai kind of relationship, things aren't all kisses and blushing. The story actually acknowledges things like social stigmas against same sex couples and how your friends and family will react upon hearing the news. It doesn't shy away from characters having sex, yet it doesn't go overboard with it as well. This is a nice story about two older girls, worn down a bit by life, who come together and build a relationship. I found myself enjoying it a lot, and it's one of the reasons I got into yuri manga to begin with.

Not for the seekers of light-hearted stories. SPOILEr
by raichu688
May 15th, 2014, 8:26pm
Rating: 10.0  / 10.0
Octave is a treasure trove of angst and confusing emotions of the human life. The part with the infidelity of the main character was just heart wrenching as many angst yuri stories do to one. I felt like taking a lightsaber and start slashing at an invisible opponent to vent out my unbearable frustration. It's a lesson learned and to be shown and taught to people who want guidance- the lesson being to not make those mistakes that will always be permanent if you wish to walk the purer path of happiness. To make mistakes and realize one's foolishness in acting that way is something very common in human history. I myself shall be doing whatever I can to avoid these sort of acts or any need of them so that I can try finding a purer and happier path to my own utopia without strong impurities.

Deeper than the average manga
by caozhi
April 12th, 2012, 10:54am
Rating: 8.8  / 10.0
The first time I read through it I found the main character unbearable. The second time I read through it I still found her irritating at parts but I was able to really dwell on what was happening and absorb Yukino's feelings. This manga definitely takes a moment to make you adjust yourself to see just how realistic it is when it comes to a person's THOUGHTS and thought process. The author takes you deep into the mind of Yukino, who is unsure of anything, and walks you through each little idea that passes through her mind - revealing everything she's thinking even when those thoughts may be disturbing or annoying at times. But that's where the realism really shines. If we were to pry into our own minds and someone were to document each of our thoughts then there would be some things we'd definitely regret thinking. All in all this romance for me can be seen as the dynamic between a girl who can't make up her mind and a woman who's mind barely ventures outside the realm of "here and now" what's "too much trouble" and what you want at your very core. In the end this is a manga that takes a bit of patience and maturity as it questions the confusing themes of love, sex, and dreams.

Tl;dr I recommend this for the patient and mature readers, you can appreciate it only if you go into it knowing you won't be proud of the main character 100% of the time.

One of the greats
by SAimNE
January 10th, 2012, 2:10am
Rating: 9.5  / 10.0
I found the story to be really sweet, and with just enough drama to give it a mature and realistic feeling without trashing the story. In fact would have been perfect if not for 2 points... the first being the only severe problem.
1) main char is REALLLLY annoying, she constantly whines, f's up all the time, has the gall to get jealous over stupid stuff, and to top it all off she screws over her friends just to have her little pityparties..... she truly doesn't deserve setsuko, whose sweet, dependable, and loyal character was responsible for most of the high rating.
2)low amounts of closure... the ending wasn't particularly bad but I would have liked to see more resolved. Nothing bad enough to knock off points tho.

A wonderful somewhat mature romance story, with its fair share of sweetness. Don't pass it up if ur a romance lover.

For me, this was refreshing
by Tsuchikage
January 4th, 2012, 9:27pm
Rating: 10.0  / 10.0
I haven't read many yuri manga, or many manga at all, with a real sense of what life is like. This series doesn't hold punches, and while it addresses realistic hurdles in a relationship, it doesn't do it with the over-dramatism that is often associated with romance stories or usually shoujo (not all).

What I appreciate most about this series is the overall growth of the main character. While real life doesn't go as (relatively) smoothly in someone's personal growth as did Yukino's, it was realistic and believable.
Was this comment useful?  Yes

Only complaint is that the ending was somewhat boring compared to the rest of it.

Really?
by Tenmakura
August 19th, 2011, 11:35am
Rating: 10.0  / 10.0
If you want to read a manga about BA's doing awesome s*** you should read a shonen manga or something. If you want to read about a main character that you like and you can relate to and that they do what you want them to do and feel all happy inside you should read something else. This story is about a girl who was chewed up and spit out by life in her teenage years and has nothing to be proud of. Her chance meeting with another girl and the events that play around their romance is an interesting experience and you get to watch her make more mistakes and mature. And to those who said that she didn't mature you were more worried about the fact that it was a manga that you didn't like with a main character you didn't like to even observe the massive amounts of character development that happened. If you are mad that the main character didn't change into a BA at the end you should not read this type of manga.

As much as I love to rant I really enjoyed this story. I thought it was very realistic and I was happy to see at the end
Spoiler (mouse over to view)
that Yukino realized her narcissism and her subsequent desire to change it. The last chapter really gives off the feeling that even though Yukino and Setsuko still have a long ways to go in their relationship that Yukino is willing to do whatever it takes to be with the one she loves. One of the few endings i really enjoyed.
Anyways for you that don't want to read spoilers just remember what I said at the beginning. If you want to read a story about optomistic BA's who can do anything, and the mistakes that they make are superficial, don't read this story.

Terrible...
by canders5
July 16th, 2011, 9:01pm
Rating: 1.0  / 10.0
Spoiler (mouse over to view)
This manga prided itself in the "coming of age" of the protagonist, a faded idol group member. After having read through the whole manga, I have come to the conclusion that she is mentally handicapped. She doesn't change from beginning to end, she has the same crappy job, she's still irresponsible, timid, and she freaking cheated on her lover. Why? Because she was curious, and though it would make her more of a woman. LAUGHABLE. The mc doesn't show any growth, the manga is very slow paced. The main char doesn't deserve setsuko, she deserves to die a terrible death.

Realistic Drama
by KaoriNite
July 7th, 2011, 8:18am
Rating: 9.0  / 10.0
This is my favorite yuri that I've read so far. I don't like the usual yuri that much because it either tries to be too cutesy or too sexy. I love that it was a realistic depiction of a girl growing up and coming to understand herself and her relationships. In general I like stories that allow you to see character growth. I've always been wanting to find a yuri that tries to be realistic and relatable and this one does that
Was this comment useful?  Yes