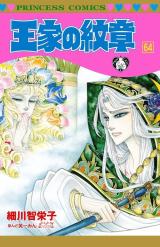 Note: You must be logged in to update information on this page.
Forum Posts Click to view the forum
Did the author pick this back up?
over 7 years ago
Please continue the scanlations
over 10 years ago

STOP comparing this to Red River
by foxylula
April 26th, 2015, 10:57am
Rating: 10.0  / 10.0
Like many readers, I also started reading this manga after reading Red River. Initially I was put off because although they have similar themes their also very different. But after reading more of it I found I actually preferred Ouke No Monshou.

Yes, it's cheesy, repetitive and definitely not for everyone. But I think people should stop taking it so seriously. Remember that this manga was written long before Red River was. It's extremely unfair that so many people are giving it a low ratings.
Was this comment useful?  Yes

Watch out though. The online scanlation is total and utter garbage, find another way if you can.

i really don't understand these awards' standards
by Azure_1802
October 24th, 2014, 8:43am
Rating: 1.0  / 10.0
it was one of the first manga i've read and it also the lamest i can remember.
first, the plot is the endless story about a certain blondie being catched then being rescued then being catched then... there are many enormous plot holes that even a kid can point out. Nothing especial about the main heroine except that she's stupid, lame and annoying more than other girls; the hero (king or lord of somewhere) is... i don't remember much about him -.-
furthermore, i do agree that the art is somehow good though it's not suit my eyes

i gave the manga 1/10 for the big confusing it caused
Was this comment useful?  Yes

The love between Carol and Mufasa(or wutever his name is) does not have ANY chemistry... it is trite and unrealistic, based purely on ONE or TWO incidences of "saving the dying prince" and persistently violent declarations of love.

While the future is occasionally depicted to remind us she is from the future, it is just randomly inserted!!!

The whole entire freaking thing is a clump of melodramatic scenes and endless number of "I'm trying to escape god dammit why do u keep catching me??" followed by Carol's blush or some other absolutely unbelievable crap

Also, while this part cannot be blamed on the author or the mangaka,I find the art style laughable. (especially their shocked girly faces ha HA HA HA) I'm giving 2/10 rather than 0/10 because the art deserves some honor. :-)

Not that Great
by Sphear
November 10th, 2013, 7:08pm
Rating: N/A
It has everything a classic usually has. Melodrama, recurrent plot, not much character building. Amazing art. But I'm going to be different here and say that, juxtaposed to Red River, it's the same shit, really. The plot, the heroine- it's all the same. I wouldn't be surprised if the Red River was a rip-off. While I definitely did not enjoy Red River (and still have trouble comprehending why it's so damn popular) I think I enjoyed this a little more thanks to the fantastic art and detail.

To summarize, I don't think this one deserves to hold such a low rating. Especially when Red River is rated so much higher.

great artwork but annoying recurrent plot
by shinchae28
April 22nd, 2013, 11:26am
Rating: 7.0  / 10.0
my sister showed me this manga's story line and the award so i was immediately interested. however while reading i got annoyed by the never ending kidnapping schemes, carol's returning to the future whenever she's in a pinch and her coming back to the past once she's healed. i also agree on the unnecessary dialogue plus the numerous rivals in love and politics. angon was such a perv! but i liked izumi, he's cute and have more character than memphis. yes he's the pharaoh, handsome and all but he's got no solid chara. he's always mad and murdering someone so it's totally ridiculous of carol to suddenly fall in love with him when a moment ago she hates him to the core. i don't know what the author was thinking while writing this cause it's so predictable. a chara will be introduced and he/she will either fall in love with carol/memphis or plot to kidnap her/destroy his empire. so annoying. however i can't stop reading this because of the artwork and i also want to know what will happen to all of them. i went mad when i couldn't download chapters 61-64 on my ipod so i went online to read them and it turns out they're all missing and the series is on hiatus!!! WTF!!! so i stopped reading it for now.
i only got interested in this title since i sooooooo looooooooveeeeed RED RIVER!!!! i still thank the gods for having the local anime mag here in manila feature it on one of their issues. reading it changed my life!!! it's my top favorite manga!!! i wish they could make an anime for it. the story is awesome. all characters are well developed up to the end of the series. kail and yuri is the best couple ever!!! since then i've gone searching for historical mangas and well i found great stories while some are just frustrating to read. well fushigi yuugi and genbu kaiden are also great works. read them too,^_^
Was this comment useful?  Yes

I tried, but...
by doushimomo
February 20th, 2013, 10:21am
Rating: 3.0  / 10.0
Admittedly, I only read the first ten volumes. However, I couldn't bring myself to keep reading. By the time I stopped, I found I was just kind of skimming along. For me, the biggest problem was the lack of good characterization.
Memphis was especially bad. It's one thing to have a male lead that's not such a great person. That's fine. But he has no real personality beyond abusive, possessive ball of anger management problems. Carol falls in love with him anyway, but why? She says he keeps getting cuter and cuter. Like that excuses his behavior for both her and the reader.
I also got a little tired of everyone falling all over themselves in admiration of Carol. Sure, she's got super-shiny hair and is more or less a nice person. But it got kind of ridiculous. I found myself wishing someone would finally kidnap her successfully so it could turn into a different story.
On the plus side, though, the costumes are gorgeous.
Basically, if you want a love story where the heroine is thrown back in time, falls in love with a prince, and does awesome things, stick to Red River.
Was this comment useful?  Yes

Silly
by Saons
August 30th, 2012, 1:18pm
Rating: 3.0  / 10.0
This one really is stupid to the point of hilarity, and melodramatic beyond belief. But despite these ostentatious flaws, there is this bizarre appeal to it. I stopped reading somewhere when the 4th or 5th love rival comes in, and it's way too long for me to ever be hooked enough to finish, but it's a good--if not incredibly cheesy--product of its time.
If you've got a heck of a lot of time on your hands and you adore cliches, this one's for you. Otherwise, don't take this one too seriously, it is what it is.
Was this comment useful?  Yes

Huh??
by pyonk
August 7th, 2012, 7:09am
Rating: N/A
36 years , 57 volumes, and HIATUS?
d*mn, its too late for me to retreat from reading this manga, gyaaahhh~
The main chara is soooo overreaction to everything, she always cry or mad at the pharaoh.
She always get kidnap, went back to the present time, and get back to the pharaoh over and ooooveeeerrrr...
It's so repetitive and believe me, there is no character development in this manga, especially the main chara. But why do I still keep read it anyway? Either because maybe i like this kind of annoying manga or this manga has its own charm to the reader =______=
Was this comment useful?  Yes