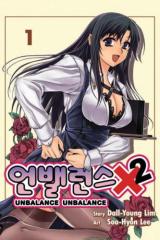 GOOD AND ...
by alexlim23
January 16th, 2021, 6:48am
Rating: N/A
good story, but the ending was kinda rush like the author didn't thought the ending that much. the sequel was kinda low level comparing the artistic with this one that has much feelings and detail on every page unlike the sequel.
Was this comment useful?  Yes

I'm getting really annoyed that MU won't accept the sequel to this series after its release in April! I've skimmed the first chapter already! It's kind of like how Zero's sequel Zero: Circle of Flow by the same author went: different characters, and different-but similar-setting and plot.
Was this comment useful?  Yes

I would say the closest thing I've experienced to this storyline would be the korean and asian drama's my friends would chat about while I was still in school. Well no surprise there to be honest, it was written by a Korean person after all.
ANYWAY.. in this one, we finally see a protagonist that isn't a pushover, a weakling (physically), or a nice guy all the damn time. I mean, he does have his shortfalls occasionally, but that's who we are as humans.

This story actually shows us the pain some of the people in the world experience in their relationships with others. Sometimes you can't be happy with all the relationships in your life, to make one better, sometimes you have to make another one worse. That's just how I feel.

Finally the art.. really good. I could do with more realistic proportions on women to be honest. But hey, it's in ecchi comic for a reason. xD
Was this comment useful?  Yes

IF you do that, give this series a 10.
IF you consider the last 8 chapters, give this an 8.

i love how many Jealousy moments are there in this comic. it could have been any other plot, as long as there are those jealousy moments. im still rooting for that class president. she's really my favorite, although she's the one most hurt alot (maybe thats why i like her character)

and since i didnt care much about plot, i wish it was extended. wanna see more of main guy and the class president

Anime :D
by monketyman
July 17th, 2012, 11:29pm
Rating: 10.0  / 10.0
This is definitely my favorite non-shounen manga! The art is amazing and the story is believable and well-executed (which isn't any easy thing for a manga about a student/teacher relationship set in Korea, who is much stricter about that kind of stuff than the US, and it manages to do so w/o the teacher being an alien or something else that would justify the characters closeness). Anyway, while the best news would be a continuation of the series, no matter how long or short, I have seen evidence of an anime scheduled for Fall 2012. I found it by google-ing Unbalance X2 anime, so it shouldn't be difficult to locate. I'm not saying it's a definite thing but I've got my hopes up! And if anyone does find out something please post it

His Best work...but the end is still rushed
by MangaGhost
April 20th, 2012, 12:08am
Rating: 7.5  / 10.0
This is probably the best Im dal Young work I've read. The art is nice and the story starts pretty strong and stays somewhat consistent...until the last 10 chapters. Really the story was decent and it didn't get too weird or totally go off the rails like some of his other works. The two main leads are very different and both are likable. Many people complain that the two main leads don't get together soon enough or the female lead hesitates too long. But it is a teacher-student relationship and its with a noticeably older woman. This is pretty scandalous stuff not just in North America, but more so in Korea. On the other hand the last 10 chapters were a real let down. Whereas, the earlier chapters seemed to be more thought out (unlike many of his other manga/manhwa) the last 10 chapters definitely felt rushed. More than that we have been told constantly how the main lead is this incredible guy and so of course he has a shot with an older woman (that's the logic they use), but in these last chapters he turns from this tough guy into a total wuss. I understand they were trying to make him a little vulnerable and throw up some challenges to the relationship, but I think they mishandled it because some of his actions did not seem in tune with how his character was developed over 10 volumes. Besides that I would have liked to have seen them actually do a few more things together to develop their relationship, because it still felt a little shallow.

Anyways good series that gets progressively weaker towards the end, but at least doesn't completely self-destruct like other stories do. Not a 10, I would probably have given it an 8 but the weak end drags it down for me to a 7.5

Good.
by se7a
January 31st, 2012, 6:08pm
Rating: 7.0  / 10.0
It is about a boy and a very, very hot teacher and their relationship. This alone shows that this isn't a deep manga, but unfortunately, later on on the manga, it tries to be. It started very good, with comical situations and cliffhangers, but got more and more mediocre as volumes went by, with the shallow drama, trying to be more serious than what it is. Some parts seems to be straight out of a mexican drama, and if you are doing a manga based on boobs, that isn't the best choice. But if you like shallow drama (like Suzuka), like many of you do, well...

Like the majority of manga, it has a somewhat shallow plot and teenager angsta. Nonetheless, it is a good read, if you want to see very, very good ecchi art. The art is where this shines.

Loved everything except..
by just1moreazn
January 29th, 2012, 9:50am
Rating: 9.0  / 10.0
The ending seemed a little stupid imo. After being on haitus for a year?(I forgot) It should have gotten an even better way to end the story. I loved everything else though; art, character development, etc.
Was this comment useful?  Yes