Login to add items to your list, keep track of your progress, and rate series!
Description
The story follows Tohno Shiki, a teenage boy who, after a near-fatal accident in his childhood, gained the mysterious power to perceive lines covering everything around him. When he cuts along these lines, whatever it was immediately falls apart with a clean cut; in other words, killing it. He would have quickly gone insane from living in a world that could fall apart so easily, had it not been for a wandering self-proclaimed magician who gave him a pair of glasses that blocked his unnatural perception when worn.

Soon afterwards, he was disinherited from his family and sent to live with some... More...
The story follows Tohno Shiki, a teenage boy who, after a near-fatal accident in his childhood, gained the mysterious power to perceive lines covering everything around him. When he cuts along these lines, whatever it was immediately falls apart with a clean cut; in other words, killing it. He would have quickly gone insane from living in a world that could fall apart so easily, had it not been for a wandering self-proclaimed magician who gave him a pair of glasses that blocked his unnatural perception when worn.

Soon afterwards, he was disinherited from his family and sent to live with some relatives. For eight years he lived a normal life, hiding his special eyes, until one day he receives a letter inviting him to come back home. Shiki suddenly becomes caught up in strange and life-threatening series of events, ones that are somehow linked to his childhood accident and a forgotten past... Less... 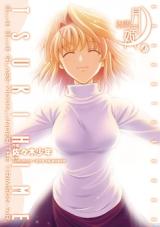 Try It First At Least!!
by Dalis
January 31st, 2017, 8:45pm
Rating: 10.0  / 10.0
I am an avid reader who loves words in all forms and this is an honest to god favorite of mine. Its passionate, and the mystery is a well thought out plot. It moves at good pace and has just enough action to not keep you bored, even during the investigation faze! The romance is subtle at first, and then it never becomes overwhelming and suffocating because its not being pushed with force onto you. The ending could have been more revealing and specific, but it was perfect because it was slightly bittersweet and nostalgic, which goes absolutely well with the whole story. You would be a fool to not give this story at least 4 chapters, yes 4, before declaring defeat!
Was this comment useful?  Yes

Just too much extraneous story content/vague "supernatural" allusions/window dressing......I made it to around chapter 50-ish (yeah, I know, it's only got 70 some total) and just couldn't go on with it.

They'd overtold the story so much to pander to all the "oh, a vampire this..." and "oh, the evil lineage that" fans that, yeah, I just couldn't stand any more of the author's cheap schlock

Too many flashbacks
by jangofetts
November 13th, 2014, 3:46am
Rating: N/A
Flashbacks when used well add necessary intrigue and suspense and tie the plot together. However beyond a certain measure, flashbacks can simply become painful to follow through. This manga is an unfortunate example of this. The core plot of the manga holds a lot of promise. However it is not backed by the best character development and the intermittent flashbacks make the story unnecessarily complex. There are also many questions which remain unanswered such as the mystery behind the maids or the protagonist's actual family. To sum it up it starts of well and leads to a fair conclusion but its potential is not fully realized.
Was this comment useful?  Yes

well done
by moonmystery
July 2nd, 2014, 1:36am
Rating: 8.5  / 10.0
The main guy's ability is really intriguing, and I've never seen something like that before. His struggles with his power are sad to see, but it leads to his chance encounter with a fleeting romance that is rare in the shounen genre... There were moments of suspense as well that kept me on the balls of my feet, and the twists were interesting without being too confusing.

However, this manga did not have an overall impact on me. The ending was AMAZING, beautiful, and tragic, but the other parts of the manga did not stand out quite as much.

Overall though, I would recommend this to anyone--this is something worth checking out, even if you don't finish it.

Satisfactory
by Dr. Love
May 21st, 2014, 5:50pm
Rating: 8.3  / 10.0
I hear this is based on the Arc route of the game. A good adaptation that showcases the interesting characters well. This is how every adaptation should be. It should be able to stand on its own.
Was this comment useful?  Yes

Lost the feeling half-way.
by Akiradesu
March 15th, 2014, 3:14am
Rating: N/A
I liked the idea, but... Manga didn't deliver it for me.
Cheesy at times, it can be interesting overall, but it lacked certain something. What precisely? Hard to express what.
Was this comment useful?  Yes

Awesome
by hijarian
December 7th, 2013, 3:20am
Rating: 10.0  / 10.0
This manga is wonderful. It's very closely follows the Arcueid arc of the original Visual Novel and it gets better graphic the more you read through the chapters (seems that author trained himself on this work ^_^ ).
Apart from technical standpoint. Shingetsutan Tsukihime is a very tense action-filled melodramatic manga about not really love, but more of devotion and really close relationships between two people who care about each other. Here is, of course, all things you can see in seinen: deaths, big losses and big wins, sex, heroism, viciousness and most important of them all, you see some serious perseverance in reaching one's goals. Which is really valuable to read for everyone, IMO.
Was this comment useful?  Yes

Thank god I read this manga!
by Cruz
July 5th, 2013, 1:31am
Rating: 10.0  / 10.0
Beautiful!
This was all I could untter after having finished this manga. Trying to look for some mangas with comedy and romance go together but hooked up to this manga. Thank god it was one of my best try ever. This manga is simply too good to be true. I lovw how adorable Arcueid is and how strong-minded and manly Shiki showed us.
Was this comment useful?  Yes

~ The storyline is true to the Visual Novel in almost every way.

~ The action scenes are fluid, and very well depicted.

~ The romance gets some what heart wrenching near the end. (In a good way ;D)