Login to add items to your list, keep track of your progress, and rate series!
Description
"If you blush, you lose."
Living by this principle, the middle schooler Nishikata gets constantly made fun of by his seat neighbor Takagi-san. With his pride shattered to pieces, he vows to turn the tables and get back at her some day.
And so, he attempts to tease her day after day, only to find himself victim to Takagi-san's ridicule again sooner than later. Will he be able to make Takagi-san blush from embarrassment even once in the end? 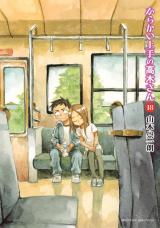 Note: You must be logged in to update information on this page.
Forum Posts Click to view the forum
Karakai Jouzu no Takagi-san Gets TV Anime in 2018
over 5 years ago

I agree with Commissariat
by buttplug
April 12th, 2016, 11:26am
Rating: 1.0  / 10.0
If you are looking for a manga that depicts a tug-o-war relationship and does it marvelously, check out "Kaguya-sama wa Kokurasetai". This manga does have its merits, but it is repetitive in the worst way a manga can be. The girl doesn't seem to have much of an objective and the boy is way too spineless.

@::WonderWoman:: A good slice of life manga keeps things interesting by constantly putting characters in new situations and having them interact in different ways, and then drawing comedy out of it with good writing and visual art. This doesn't do that consistently enough, there are a few chapters that mix things up, but 90% of the chapters follow the EXACT same formula.

Hating the girl.
by Commissariat
January 23rd, 2016, 6:36pm
Rating: N/A
While there's no solid objective reason to, I hate her living guts. For the very first time in a long time I'm hoping the character gets dumped. I've read real scumbags but this character has ticked me so much off!
Seriously, there's teasing and there's the level of this girl. It might have been good if she suffered a defeat from time to time-a tug of war relationship, where they try to one-up each other and have fun as they lose and win, which is something that happens in real life- but as episodes go on it grows worse in my opinion.
The worst, though, it's that most likely the manga will end with either guy either not winning once or getting a very minor pyrrhic victory. it's a pity it's so predictable.

Tedious
by Anonymous
January 26th, 2015, 1:06am
Rating: 6.0  / 10.0
Started real good, loved the premise, but then the biggest problem with the manga became apparent: it has no plot. And by that I mean some kind of movement from the first chapter, but nope. You may as well call chapter 17 the first chapter and vice versa for all the difference it makes. In the end, its just a gag manga with hints of a romance that won't ever happen because:
From the outlook, the author wants it to be heavily centered around the main two characters, so rule out any drama from other characters, and
Spoiler (mouse over to view)
The reason that the manga continues is because she can tease him, which would be ruined if they got into a relationship
Was this comment useful?  Yes

catchy
by france
January 18th, 2015, 9:47pm
Rating: 10.0  / 10.0
If you're looking for a casual read, look no more. The vibe I get from this series is the same feeling I get when I read Yotsubato&. The series isn't your typical romance series, so don't expect it to be a serious love story. However, it does a really good job at making the reader grin (if you like slice of life). It may seem somewhat repetitive at times, but for a light hearted romance that can make you go hnng~, that can be forgiven.
Was this comment useful?  Yes

It's aight
by ChildofSecrets
January 2nd, 2015, 2:41pm
Rating: 8.0  / 10.0
Episodic and a little repetitive. Still if you like these kind of teasing-gullible antics between two kids you may enjoy it. It's cute but very predictable - chapters are also super short.
Was this comment useful?  Yes