Login to add items to your list, keep track of your progress, and rate series!
Description
From Aerandria Scans:
In this grim and realistic take on classic fairy tales, Prince Ludwig, a female corpse collector, is ordered by his father to find himself a wife more suitable than the women he often brings into the castle. Along with his servant Wilhelm, they travel across the land in search of fair maidens from classic stories in hopes of finding Ludwig a wife. 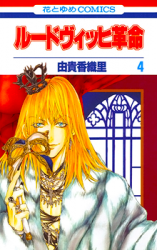 Note: You must be logged in to update information on this page.
Forum Posts Click to view the forum
Lui x Wil anyone? or should it be Wil x Lui?
over 11 years ago
if you can change the story...
over 13 years ago

Loved it.
by yukansnow
December 21st, 2010, 4:21pm
Rating: 9.5  / 10.0
I had a looot of doubts when I first decided to read this. I've never ventured into these kind of dark genres but I was bored and everyone gave it wonderful reviews so I knew I should just give it a try. And boy, am I glad I did. I don't think I can ever see these fairy tales the same as I have before. The sadistic Prince Lui is just great; he's hilarious. Actually, every characters in this story gave me quite a laugh. Ludwig is probably one of my most awesome-est male lead EVER, with his obsession with corpses and big breasts.

Spoiler (highlight to view)
Although I was sorta-kinda-in a way- disappointed at the end because he didn't end up with anyone.. However, the ending was really fitting so I suppose it was okay.

I really like this series & would recommend it to anyone who's trying to find a dark and twisted comedy. It's really great

aw
by Bebe~
January 23rd, 2010, 11:01pm
Rating: 8.0  / 10.0
Spoiler (highlight to view)
I really like the drawing and the stories are so funny. It's crazy how the mangaka made the original story, twisted x.x. My most favorite princess was sleeping beauty in chapter three. That's the only princess he truly liked but too bad she passed away from sleeping for 100 years :< I didn't really like it that much ><

Everything good except one thing
by John21
December 19th, 2009, 10:05am
Rating: 9.0  / 10.0
Spoiler (highlight to view)
Man dis manga was crakup, original and i loved the twists. Art was also really good and story was damn interesting. The only problem i had is ludwig never finding love in his life. When he does, sadly she dies. So he can only find his true love after he dies. Really defeats one of the key purposes of da manga which was to find a bride and perhaps love. That is the only downpoint for me regarding dis one.
Was this comment useful?  Yes

i loved it, some of the stories are twisted with ingenious twists on the original tales, and some of the stories are just plain heart warming ><
And is ludwig ever hot!!!
k but you dot have to be a female to love this because the story and the art is perfect (it was actually my hate for ludwig that made me drop this, but after the 2nd chapter+ ludwig's character really drew me in)
if you know some of the actual bro grimm's tales and the disney versions you will absolutely love this

the only reason im gave it a 9.1 was cuz the last chapter was like
WTF

this manga is hilarious... the art is perfect, and the characters are quite extraordinary : a protagonist that looks like a visual kei, a red riding hood that kill, a witch that loves cosplay and an insane snow white. and where again would you find a protagonist that sly, smart, mean, cruel, pervert, lazy and necrophiliac if it's not in yuki kaori's manga? a very well work of picturing dark side of humanity.
and the way she mixed and matched, and ruined the brothers grimm classic tale into a perfect combination that will deconstruct your mind of pure and kind princesses.. it's smart and brilliant...! the dark comedy's part is top of the top.

Spoiler (highlight to view)
the ending is quite a mess with so many previous characters came up, but it's sure a very entertaining way to end this series (the ending was come too fast though, i want more :'( ...

ok, have a good read... wish it would be a nice good-nite tale

Kaori Yuki has done it again.
by Mikashi
September 23rd, 2009, 3:08pm
Rating: 10.0  / 10.0
Ah Ludwig Kakumei<3,
If you thought that the Brother's Grimm fairy tales were dark, think again. Kaori Yuki takes it to a whole new level.
The characters are awesome, and well-developed.
And it shows the darker side of people, and what they'll do to achieve what they want.
The only "negative" thing, was that I wish it didn't end so soon, I wanted to see more of Ludwig, Wilhiem, Dorothea, and their future adventures.

Did I love this? You bet I did
by NightAir
July 22nd, 2009, 3:37pm
Rating: 10.0  / 10.0
I'm one of those girls who enjoy reading harem--blah. This ain't the type of harem story with all the girls going onto Ludwig for Ludwig's attentions (well, actually, yes, Ludwig is good looking and has random girls going onto him). True, it's got him going onto multiple girls and stuff, but at different times--what am I saying, err, time meaning spans of days and stuff in between. oho. I did not make sense there. ANYWAY.

Personally, I liked the frog prince story and sleeping beauty story and coming in of

Ludwig, I'm very laughing at this point, is AWESOME. One of the best character's I've ever seen--PERIOD. First chapter was kind of freaky, but as it went on, it became less, err, 'obsessed', shall we say.

Ludwig's mother is awesome. THAT IS ALL I SHALL SAY. Too bad you only see her for like the last chapter(s?) or so. And so is Julius. Can't go wrong there--boy trying to kill other boy--ah, the S&M loving witch (Dorethea?) was so cool. Wihelm (or was it Wilhem? Or Wilhelm?) the servant was cool. Little Red Riding hood--assassin, was cool, because she totally was going to kill Ludwig and make Wilhelm (whateverhisname) her slave instead, only Ludwig stole him away during their childhood. I liked Hansel and Gretel~ Sleeping Beauty I liked most of all.

So maybe that has a bit to do with how Ludwig liked her too~<3 Ludwig's father is an idiot. You hate him. But then when Ludwig's mother comes in, you can't help but laugh out your stomach. You're literally reading and crying at the same time going: "That poor fool, he deserved it, and that's why I'm laughing so much at this fitting punishment-!"

Ludwig, you are my hero, wanting to get a bride with big boobs and a pretty face as the pervert you are. You're not afraid to dress pretty, and he wears unisex shoes--oooh, he's dressin' pretty~

Ludwig's mom is an awesome character.

THIS IS ALL YOU SHALL KNOW. NOW READ this manga. >D

beautiful art, a plus for me, but i can't even explain how good it was. the twisted fairy tales, it was nice seeing them told in a new way. the comedy really brought up the rear. and it was just so cuteeee~~. i mean, the story in general wasn't cute, but.. ah, you get my point, right?

and i'd like to think that sleeping beauty and him ended up happy together.. although.. was she a ghost or alive or what? o-o'

i kinda wanted more stories.. and to see prince lui in love more hehe >D. but it was an amazing series. DEFINITLY recommended. i'd give it an 11 if i could.
Was this comment useful?  Yes

yuki kaori-sensei added more flavor to the classic fairy tales!!! i dont think if i can read those fairy tales the same way again!!

its nice but its not really the best...i think that theres something missing in here i just dont know what it is... uhmmmmm...

prince Ludwig is such a sadist with a couple of masochists and all the girls in his journey has big boobies...i dont really like the boy-with-really-long-hair-with-matching-long-nails-look...it just made him look gay!!! too add up his mole in the corner of his eye (reminded me of Nuriko <fushigi yuugi>

but aside from that all its a really nice manga!!! it actually made me smile!!! the genre doesnt give it justice ya know?!! it should more of a mystery other than a horror!!!

definitely a must read!!!
Was this comment useful?  Yes

Previous Page
Pages (5) [ 1 2 3 4 5 ]
Next Page
You must login to comment for this series! Register an account.
Search
Advanced Search