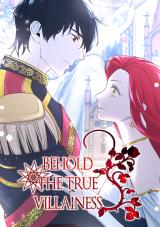 
Category Recommendations
I Didn't Save You to Get Proposed to
I'm a Villainess, but I Picked up the Male Lead
How to Raise an Enemy
I Became the Older Sister of a Regretful Male Lead
The Heiress's Double Life

At less it not a BiliBili webtoon but nearly
by dasnik
January 25th, 2023, 5:54pm
Rating: 4.0  / 10.0
The Story doesn't take itself seriously, when their is one it clunky at best and derailing at less one a chapter.
Most joke are bad they make you want to hide yourself from shame of having read them , at first it alright be then they slam you with the same thing every other chapter while saying do you get it this time.

It a webtoon so mostly AI generated art and nothing else.
It a reincarnated inside a book story where the main character know the story but not the ending so even God say the main character is running around like a headless chicken uselessly.

At less it not BiliBili kind of bad.

Meh.
by Aroxie
September 9th, 2022, 10:40pm
Rating: 6.0  / 10.0
The jokes were funny at first when it first came out, but eventually, the story just died. The art is so-so. I couldn't continue reading after 40 chapters in and got bored so dropped it.
Was this comment useful?  Yes

Good start, then very bad
by PZcolo
July 5th, 2022, 12:27pm
Rating: 3.0  / 10.0
It had a good start, nothing exceptional since it's an over-used trope, but the MC was interesting, headstrong, decisive, knew when to act and when to pull back, it was looking good. Unfortunately, as the story progressed she had become an inconsistent character, for some reason she stopped being assertive when needed, this coinciding with the re-appearance of the second lead, she was still bullheaded but all in her head, how fortuitous and thus all kind of annoying crap started to happen.
Let me give you an example (spoiler ch60)
Spoiler (mouse over to view)
She has spent since the start of the story a lot of effort to cut her engagement with the annoying PoS of a duke, yet when he reappears she has multiple chances to say plainly to his face that she doesn't like him, yet she doesn't, instead she plays coy, then the a**hole declares in front of everyone she's his fiance, again, she doesn't say she has already cut that relationship, continuing with this now beautiful trend, she travels with him (and her aunt, at least) to the capital and has no better idea to stay in the Duke's mansion... yeah... but that's not nearly enough right? She gets drunk with the douche, somehow ends in his room, in his bed and... she chokes him, yep, AT LAST, right? nop, for some reason the butler has the notion that interrupting a private night of his master with his "fiance" was a good idea so he very conveniently knocks on the door because of some noise or some BS (as if some noise would be strange). So, what does the incredible MC, that has been trying to break the engagement do? she fakes having had had sex with the Duke... Oh, brillant, what a great idea, I can't think of any way it could backfire...
And that was it for me, after the first 40ch or so it had stopped being an enjoyable read I kept reading because I liked the start but after that happened I can already imagine all the BS, misunderstandings and forced crap that would follow. Enough is enough, there are too many similar stories to read this.
Other than that, the art is very good, pace is okish, dialogues are meh and the other chars are mostly ok, ML and her aunt are decent (thou he'll be a simp for sure) the rest not very interesting nor developed. Oh, and the humor was hit and miss for me, but it wasn't bad when it was not being disruptive to the narrative.
Started a 7 ended a 3 by the point I dropped it.

Mature writing when not cracking jokes
by Shygirlz
January 23rd, 2022, 11:59pm
Rating: 8.0  / 10.0
I'd say this story is 65% comedy scenes and 35% actual plot. I kind of wish it were flipped like 35 / 65 instead, but other than that it's fine. The funny parts are funny, and honestly I'm really impressed by how emotionally mature all of the characters are when they're not participating in comedy bits.

The art is good, the plot is engaging, and like I said all of the main characters are level-headed and handle conflict well. They're all strong and independent too. There's nothing in particular that really stands out for me where I'd be like "you have to read this," but other than me getting impatient at the same running gag scene showing up again, there's also nothing bad to say either. If you're looking to pick up another otome-like isekai this one's as good as any.

I don't care if the story is a little tropey and there are some silly plot holes. Every single gag joke has me filling my house with my ugly laughter. The art is surprisingly good, but the artists skill is most noticeable during action or intense/gag emotion scenes. They even draw their own horses and animals! Gotta love that.

I love the MC's badass aunt like so much. Mr Sir Knight and his attendant are too funny sometimes. The main character, while a little prone to Perfect Protagonist Syndrome is just so funny I can't get enough. I'm looking forward to more of this webcomic!

You Might Also Like: While the protagonists are fairly different, both series have very similar gag-jokes! So if you're here for the funny, try Wake Up, Warrior or for a more similar protagonist, try Beware The Villainess!

Just so so
by matcha.turtle
March 10th, 2021, 3:16am
Rating: N/A
On the plus side, the MC is nice. She's tough, she's quirky, she has skills and is pretty quick-witted as well. Other characters haven't got much to show, and it haven't gone far enough to have character development yet, so no comment on that. The art is ok, not gorgeous or anything, but not too bad either. The plot, until now, is pretty decent. Nothing new yet, but it's not too shabby.
The shabby thing here is sadly quite the important one, execution. Storyline/timeline got messed up a bit (looks like the chapters got messed up, tho i'm not sure). The pace is both slow and abrupt, and the chapters are quite short, so there hardly is any development even after a few chapters. Dialogues and actions are awkward, thus make the story stiff and kills the flow.
Overall, I personally can continue to read this if it's just there and easy to find, but it's not good enough to actually put effort in finding a site to read full chapters, so I'll quit for now.
Was this comment useful?  Yes

The jokes slaps
by Bebe~
February 11th, 2021, 10:37pm
Rating: 8.0  / 10.0
Goodness, the gag-scenes are way too funny (e.g. chapter 9, the campfire meal scene had me rolling). Don't judge the series by its cover, it doesn't do it justice. The actual artwork is prettier in the chapters. The way the main leads have their eyelashes drawn stands out from other webtoons, I find it very peculiar (in a good way). It's still too early to tell if this Manhwa will exceed expectations, but so far, the FL is portrayed to be a strong willed, spunky gal with a mouth of a sailor, who doesn't take sh*t from anyone--sacred saintess be damned.