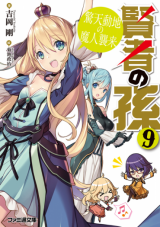 Naive MC
by BowlOfNoodles
December 26th, 2016, 8:51am
Rating: N/A
This is another one of those mc dies and goes to another world and prevent some type of war from breaking out. This story was kinda cool to read in the beginning, your regular OP MC saving and eventually saving the girl of his dreams or something like that. What makes it go down hill from there is his decisions and stupidity after time and time again he gets warn to not do something or how he is going to be perceived. Instead of thinking for himself, he just goes and does it without thinking how people will think or how it will affect the big picture. He's OP no doubt, but then he goes and goes teach everyone his skills thinking of telling them to use it as self protection, instead they become some covert operative team that is serving the kingdom after being told his skills are not to be used by the army. He's not very bright and even though the story is pretty sweet later on, he's just too dumb and ends up sharing everything with everyone.
Was this comment useful?  Yes

And I don't know what I was expecting after the first one, but gosh darnit, I certainly got it.

Kenja no Mago is one of those boring wish-fulfilment novels. Super-boring, in fact. The MC is ridiculous perfect, even by WN standards, and half the pages are dedicated to a greek chorus of secondary characters singing his praise. Every other character is relegated to a praise-dispension machine, either obliquely ("Shin! You fool! You are too awesome, you should stop being so awesome for a while!") or directly. There is no buildup, no growth, no reward for doing the work because Shin doesn't do the work, he just gets everything, and stays ahead of everyone and everything forever.

The whole thing has to be a parody, or it's actually a story about a "reincarnator" who is actually having delusional dreams in a coma.

The only redeeming quality is that the story and world are super-benign. The word "slave" is never mentioned, no overdone angsting everywhere and people are constantly crying tears of sappy happiness because someone else said something nice to them.

Repetitive, bland, boringly OP, no struggle or conflict, pure and saccharine wishfulfilment without any substance and 500% more cleavage and boobies in the illustrations than the puritan story even implies. I get it, I understand why the editors decided to go that way, because I would have done the exact same thing to try to sucker some lonely otaku out of their money.
Was this comment useful?  Yes

The side characters are there for the MC and are somewhat 1 dimensional cardboard signs perpetually in shock or propping up the MC's hype.

What was also boring was the lack of intelligence in the MC. Or a lack of a goal. What is he trying to accomplish?

Acquired Taste
by nugro
December 12th, 2015, 10:27am
Rating: N/A
The protagonist is perfect and likes to show off with no consequences due to how exceedingly good his environment is.

If you like this kind of thing, this work is perfect for you.
Was this comment useful?  Yes

Slow start
by rhin33
July 26th, 2015, 9:12am
Rating: 7.5  / 10.0
How to describe this novel? It's not bad - a bit funny and cute. But you know for the 14 chapters so far - there is no goal for the MC to strive for, it is full of cliches the worst of all being the OP MC and these long winged descriptions how the MC makes some super cool magic or enchantment are bothersome.
If it was toned down a bit it may have become more enjoyable story.
As for the characters - they are good. MC is cool in non-annoying way. So far it seems like he will have many female fans but only one lover (hopefully I am not wrong) witch is better than mindless harem. Sicily is cute even if a bit stereotypical character.
Hope it gets better. So far ... about 7.5 is good
Was this comment useful?  Yes

Mushoku Tensei
by Cheath
July 7th, 2015, 7:06am
Rating: N/A
Kinda similar with Mushoku Tensei.
1) Reincarnated
2) Taught many thing from young
3) Wants to go to university
4) Eventually goes to university
5) Prodigy/Smart at both swords and magic
6) Has influential friends/family
But, I kinda like Mushoku Tensei, it's more... idk, more refreshing, interesting, y'know.
So, I'm giving it ay 6
Was this comment useful?  Yes

Reminds me of a young Goku from Dragonball
by drunkguy
May 17th, 2015, 5:16pm
Rating: 9.0  / 10.0
An old genius mentor living in the woods picks up an orphan and teaches him everything he knows. The kid has monstrous power but little common sense, though not nearly as bad as Goku. It is a fun read though one has to worry what will happen to the story if and when the kid gains common sense. Hopefully it won't go the DBZ route of repetitive training and combat.

An interesting read
by anmesiccat
May 14th, 2015, 11:06pm
Rating: 8.8  / 10.0
As the person who first started this translation, how can I not like it? So please be aware that my opinion might be biased and take my words with a grain of salt.

This story is about an average manga and anime loving working man living in modern day Japan, who somehow died without his knowledge and was reincarnated into a baby in a fantasy world where magic exist.

Spoiler (mouse over to view)
It was later explained that he may not have had the memories of his previous life the moment he was reincarnated, and recalled it because of the danger he faced when he was only a few months old. This is where it defers from usual reincarnation novels where the main character recalls the memories of their previous life right away.

In my opinion, this gives depth into the story as well as mystery, and readers might find themselves asking questions such as "Who are his real parents? What were they doing travelling in the forest? Where were they going?"

After his family in the new world was attacked and he was the last one left alive, a retired hero known to the world a Magi Merlin, picked him up and brought him back to his house.

While growing up, he was taught various things such a magic, magic tool creation, and martial arts. At this point you might be thinking, "Well, he's on his way to joining the ranks of overpowered protagonist." I'm afraid I concur. Since magic his new world are materialized based on imagination, and as people from the modern world, we all have creative imaginations, which would indeed make him more powerful than normal citizens.

Nevertheless, this brings a comedic feel when readers try to imagine the shocked expression on people's face whenever Shin shows them the way he uses magic and the various kinds of spells he cast. It's not just that. Many side characters who gets involve with Shin later on also provides comedy as well.

What I think the best part of this novel is how Shin was asked to go to an Advanced Magic Academy to learn the common sense of this new world because his own grandpa was too focused on teaching him magic and other things that he forgot to teach Shin about the common sense of the world. When Shin gets accepted to the Magic Academy, that's when the story really picks up and the fun begins.

Although this novel is one of those slow starters, I believe it's worth the read. However, my advice to new readers is to read at least six to seven chapters before you decide to put it down or add it to your collection of unfinished novels.