Login to add items to your list, keep track of your progress, and rate series!
Description
In a land where no magic is present. A land where the strong makes the rules and weak has to obey. A land filled with alluring treasures and beauty yet also filled with unforeseen danger. Xiao Yan, who has shown talents none had seen in decades, suddenly three years ago lost everything, his powers, his reputation, and his promise to his mother. What sorcery has caused him to lose all of his powers? And why has his fiancee suddenly shown up? 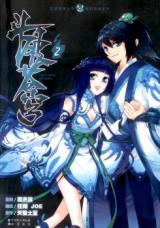 Note: You must be logged in to update information on this page.
Forum Posts Click to view the forum
Help, how can i read this chapters?
over 6 years ago

Finally Over
by Jazzy_Jazz0111
February 5th, 2018, 1:23pm
Rating: 6.0  / 10.0
So Now that I have finally completed the novel is better to give an over rating and thought process on the novel in its entirety. I will say first that if you have not read any other Chinese martial arts novels or not many then you may be able to enjoy this novel. But if you have read a lot of other Chinese martial arts novels then this one just becomes a cliché. There are a lot of common threads in this novel that are similar to other novels that just makes it sort of typical. The main lead is not taken seriously and is looked down on by everyone then, gets a super strong teacher that no one else knows about and teaches him so that he can become strong. The romance in the novel is basically trash but it is harem so you can't expect to much. Most fight scenes always end up with him coming in at the last minute and saving whoever right before they die. There is also a lot of filler words in each chapter that kind of makes it drag a little. Also the author makes everyone around the main character seem kind of incompetent and that nothing can get accomplished unless it is by the main character. Also no one seems to be able to figure anything out unless it is spelled out to them. Also there were a couple of loose ends that weren't tied up as the story end sooooo.. who knows what happened with that and maybe the author talks about it in later stories. But I didn't really want to make this a negative review but these were just some things that were bothering me as I read the story but, ultimately I finished the story. So like I said if you haven't read a lot of xianxia novels you may be able to get past these things and enjoy the story more but as far as other readers who have read many xianxia novels this one just falls short

555
by foobar
December 18th, 2017, 2:35am
Rating: N/A
The threatening to
Spoiler (mouse over to view)
visit sexual violence on female characters
that was common in the initial chapters has reduced about chapter 500. But, with
Spoiler (mouse over to view)
love interest
about to disappear from the story for a while, I guess I'll stop. I had been skipping lots of chapters of fighting - and even of the alchemy, which I usually like reading. So, time to stop.
Was this comment useful?  Yes

Disappointing indeed.
by Puck_Noris
June 1st, 2017, 7:45pm
Rating: N/A
I'm not sure what happened. I used to love this novel, I would of rate it as one of my favs in 2016. But after ch280 ish, the translation and writing style took a big dive. The sentences becomes all obtuse and unnatural. Did they switch translators? Switch editors? I'm not sure.

After that point there's been a 1000% increase of the use of words like bitter, dull, flashed, threw their gaze, all just repetitively shoehorned into the sentences. +Superfluous hyper-literal sentences tacked on for no reason, etc. It was very jarring and annoying. Tried to stick with it longer for 200chs.... but it was frankly a pain to read. So I dropped the novel.

It was an enjoyable read at the beginning though for what's worth.
Was this comment useful?  Yes

Disappointing
by strixflash
May 28th, 2016, 9:03am
Rating: N/A
I had high hopes for this novel as it is translated by GGP (admin of GravityTales). Sadly I was disappointed as BTTH is one of the most annoying read out there with author overusing every cliché out there. GGP has done an awesome work in translations but even good translations can't save a dead story.

MC's luck is so good that even the Lady Luck would die from jealousy. I understand that in such genres MC should have heaven defying luck but BTTH crosses the line. MC would find that even his sh*t is gold.

Author would waste chapters in introducing some beautiful one dimensional female character in every arc. They would fall for MC because of his awesome powers and superb looks. Author doesn’t focuses on any character development for the female characters... they are their just to fangirl. The female characters are all looks but zero personality.

The training is the most annoying part. Honestly the cultivation levels are hardly any impressive in this novel unlike ISSTH. Author would waste dozens of chapters for the process in which MC refines Heavenly flame. Chinese novels are 60% training and 40% adventures but in other novels at least the training part is good...BTTH has the worst training arcs. I get headaches whenever I read training arcs and that includes him refining heavenly flame or pills.

Boring world building. From what I have seen so far there is nothing impressive or unique. Perhaps that will change later on.
Was this comment useful?  Yes

Meh
by CowTail
March 24th, 2016, 11:13am
Rating: 4.0  / 10.0
The MC relies heavily on external forces/people to resolve issues instead of using his own strength, and when he does fight with his own power it's rather unimpressive. Then there's the generic, already-done-before elements of the story (superteacher-in-a-ring, pill concoction, auction house, typical cultivation world). Then there's the long, drawn out multi-chapter fights that barely resolve anything. It's a chore to read this.
Was this comment useful?  Yes

This novel is awesome. The characters in this novel are likable and well fleshed out. MC is a sly guy who knows how to use his brain (Also not a bloodthirsty mofo like the guy in MGA). The story is compelling and well written. The translation is also excellent, no issues with grammar or terms. The unique Dou Zhe, Dou Shi, Da Dou Shi, etc terms of power classification was a bit confusing at first, but over time I found I liked it more and more. It has a certain amount of gravitas that standard numerical levels or master/grandmaster terms simply did not have.

What can I say? In all areas, this is pretty much what a perfect xianxia novel should be. I can find no faults with it other than there's not enough of it!

Alongside ATG and CD, this has quickly become one of my favourite works. If you're fans of either of those two novels, definitely try this out.

I dont see it
by azeth
January 15th, 2016, 8:31pm
Rating: 5.0  / 10.0
I don't understand the hype for this. There are so many novels out there which are leagues better than this. I will say everything in this novel feels generic, from the auction house, to the old dude in the ring, to the alchemy, to the guy from another world, to everything else. The fact that it uses it these well used things doesnt bother me, it is the fact that there is nothing unique to any of it. Its like the author just decided to put every xianxia cliche into the story to try and make it interesting. Some of the things dont even play a role in the story, like him being from another world it just a gimmick to I guess make the readers relate to the mc, but it has nothing and i mean nothing to do with the story, it is mentioned at the beginning and never again. If what I am telling you isnt bad enough, then there is the writing, oh god the writing. This author is the worst writer I have ever seen, there is so much padding every fucking chapter. It gets to the point where I am rushing trying to get through all the nonsense, as a matter of fact I started skipping entire paragraphs altogether, I would read the first few words and just from that I could tell what was coming. Yes thats right it got to the point where I could recognize whether a paragraph was padding or not just from reading the first sentence. Do yourself a favor go read ISSTH, ATG, LLS, HJC, MGA, CD, TDG or any other recommendation before reading this piece of "work".
Was this comment useful?  Yes

Wish the LN could match the Manhua
by WuxMan
July 23rd, 2015, 7:04pm
Rating: 9.4  / 10.0
Great great great work! I love it. It really is a shame the Manhua is so far ahead of the Novel. The LN is so much more detailed but is translated much slower than the Manhua.

Still, very good work and one of my favourites which initially got me into reading Wuxia Novels.
Was this comment useful?  Yes

Average
by Midnight Carnival
July 2nd, 2015, 6:02pm
Rating: N/A
Good to pass some time, but nothing special. There are some things i don't like, but what makes the less sense to me is the reincarnation while keeping his memories part. Reading to chapter 105 so far, i still don't understand why the author included that in his story. First, his past life and memories have no influence whatsoever in the development of the story, we are told that he was a looser in his past life, and that's it. This reincarnation thing does not only not bring anything to the story, but takes away from it: the sweet story about a young kid, 4-6 years old, going at night to sleep with his younger childhood friend to "help her develop his douqui channels" turns into the story of an adult in the body of a child sneaking at night into a young girls bed. Lots of situations like this, that would be normal between kids are turned totally creepy by this reincarnation plot line.
Was this comment useful?  Yes